The exhibition project presents research based artistic positions on swarm behaviour, questioning the traditional concept of “nature” and explores the interface of the biological and the machine.


Käthe Wenzel has created interfaces between the biological and the machine in her project Bone Bots. These hybrid electronic animals, robots made from animal bones, blur traditional categories of “technology” and “nature” as they are based on experiments from synthetic biology and represent semi-living machines. Wenzel’s Bone Costumes thematise the mass consumption of living beings and the daily killing of animal bodies and the standardized forms into which we try to squeeze our own bodies. The works emerged from research into historical corset techniques and in connection with modern fashion technologies; they have developed into exoskeletons: half organic and half mechanical apocalyptic outfits. 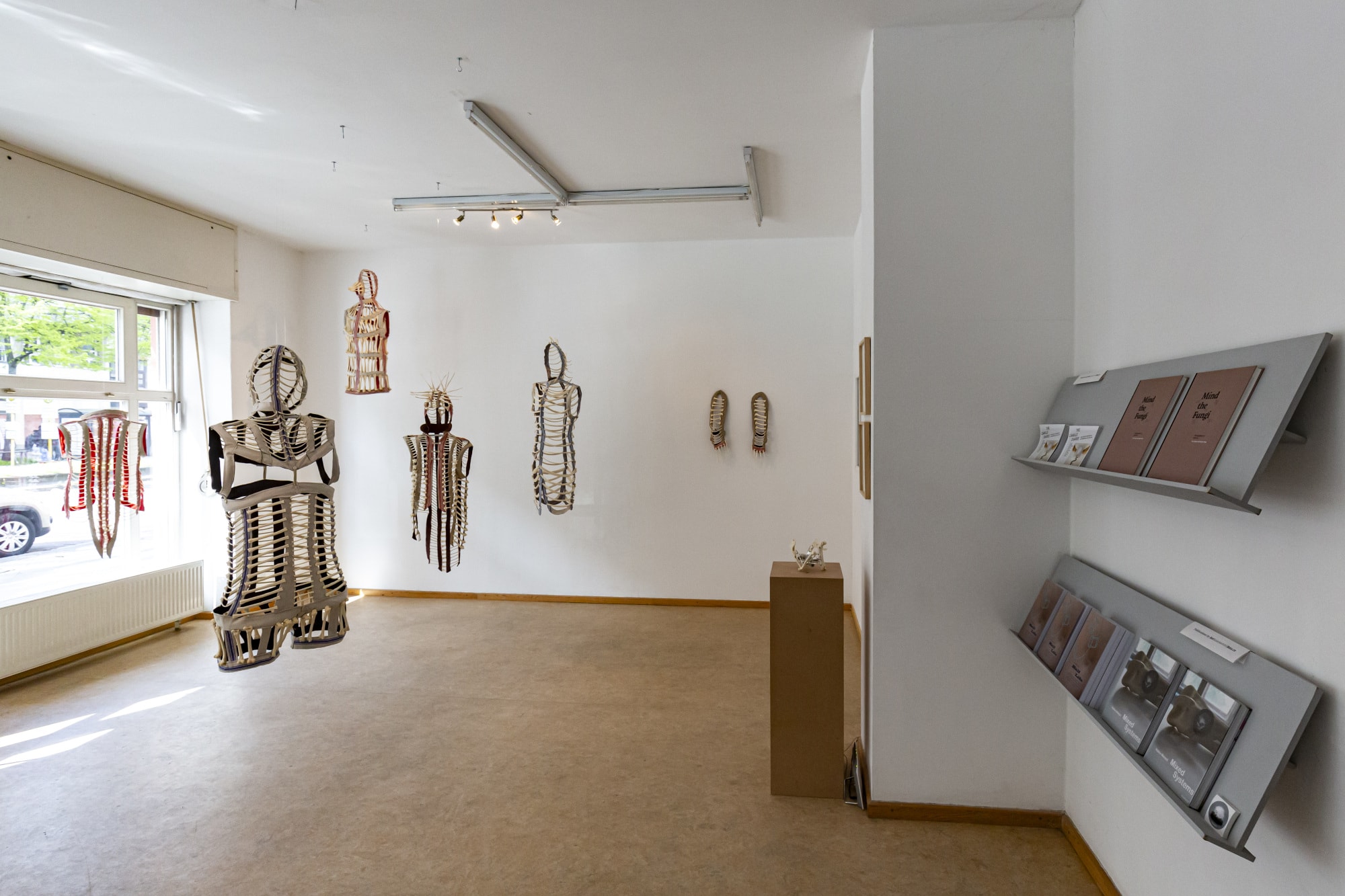 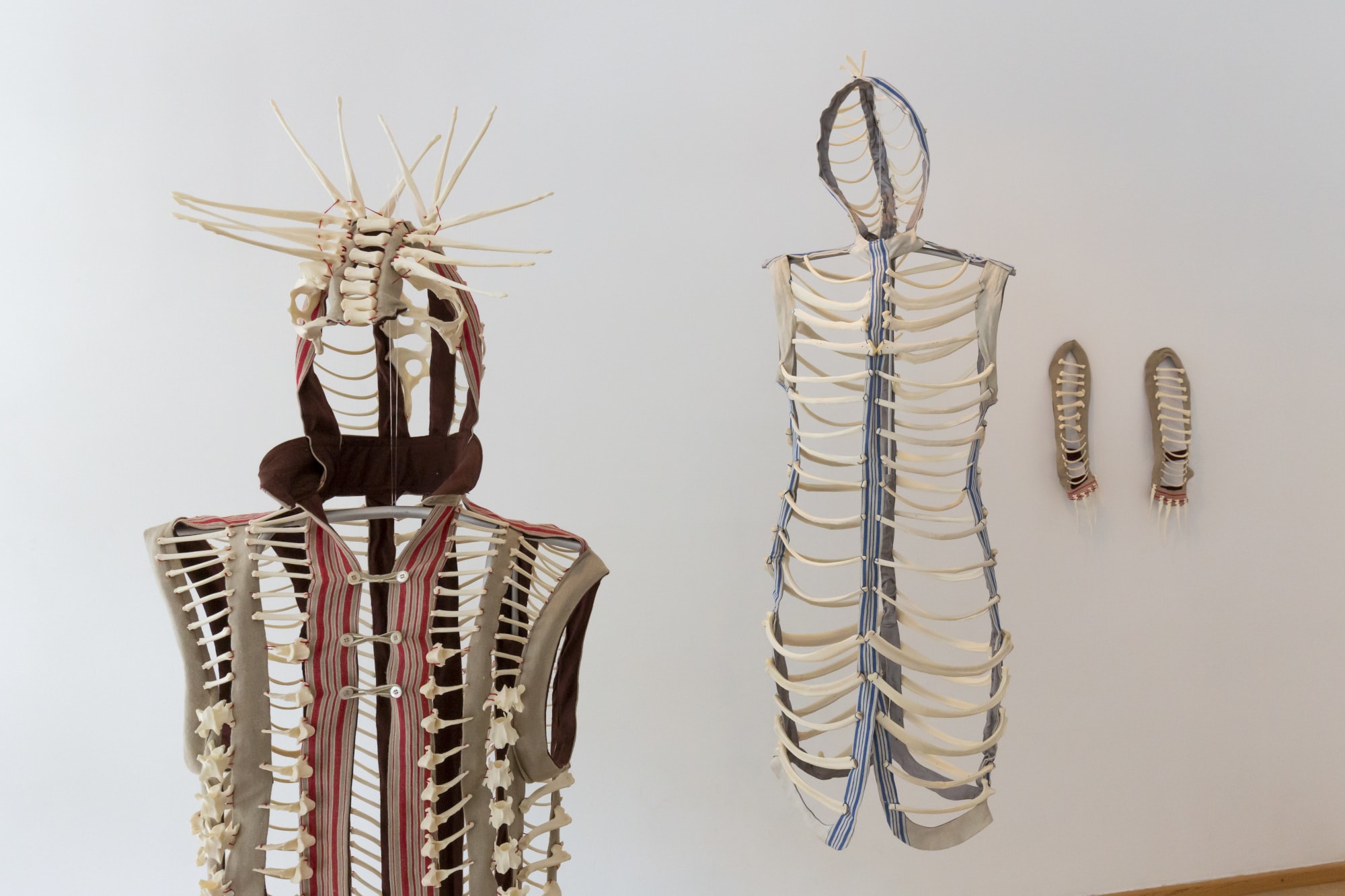 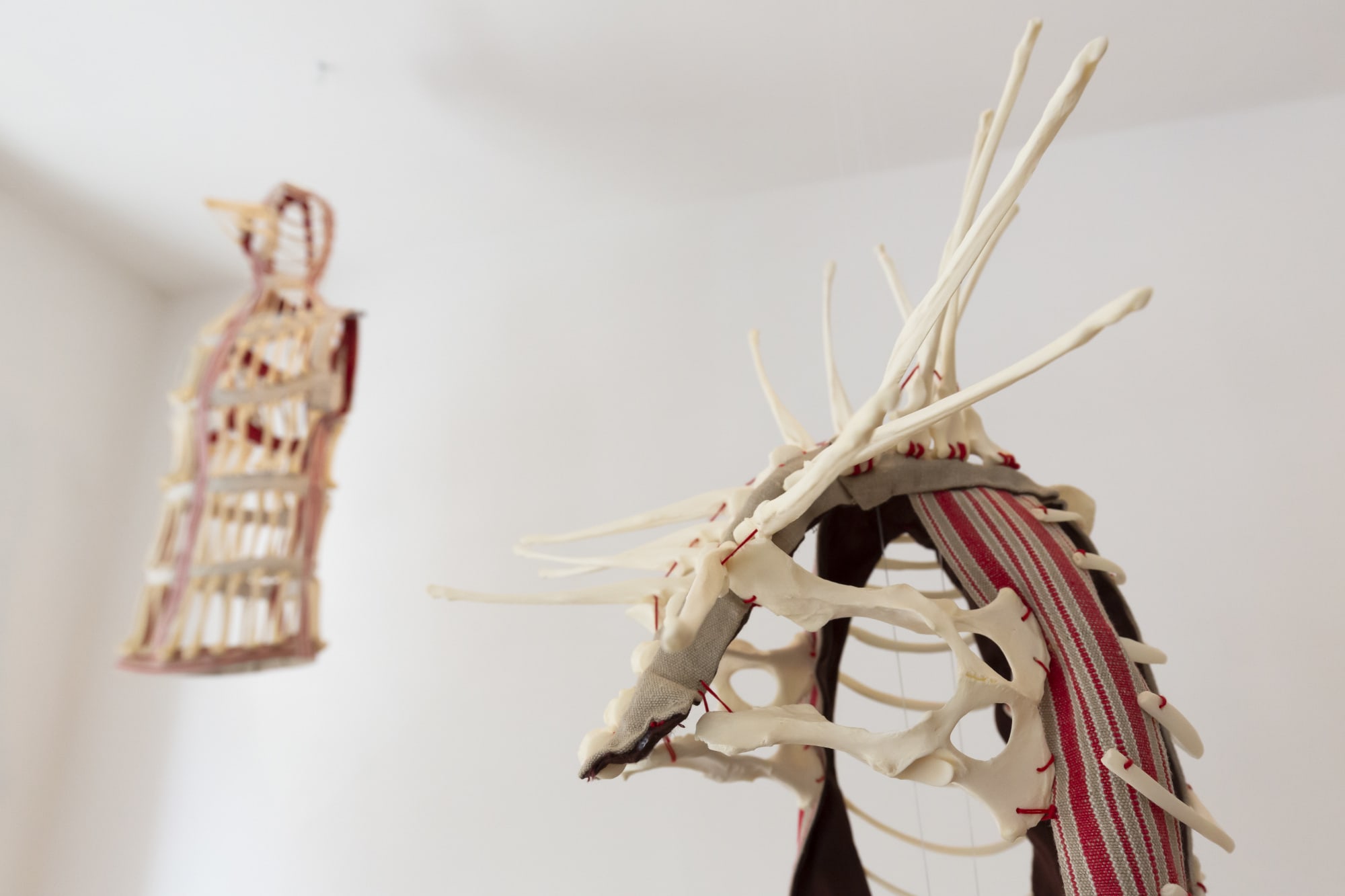 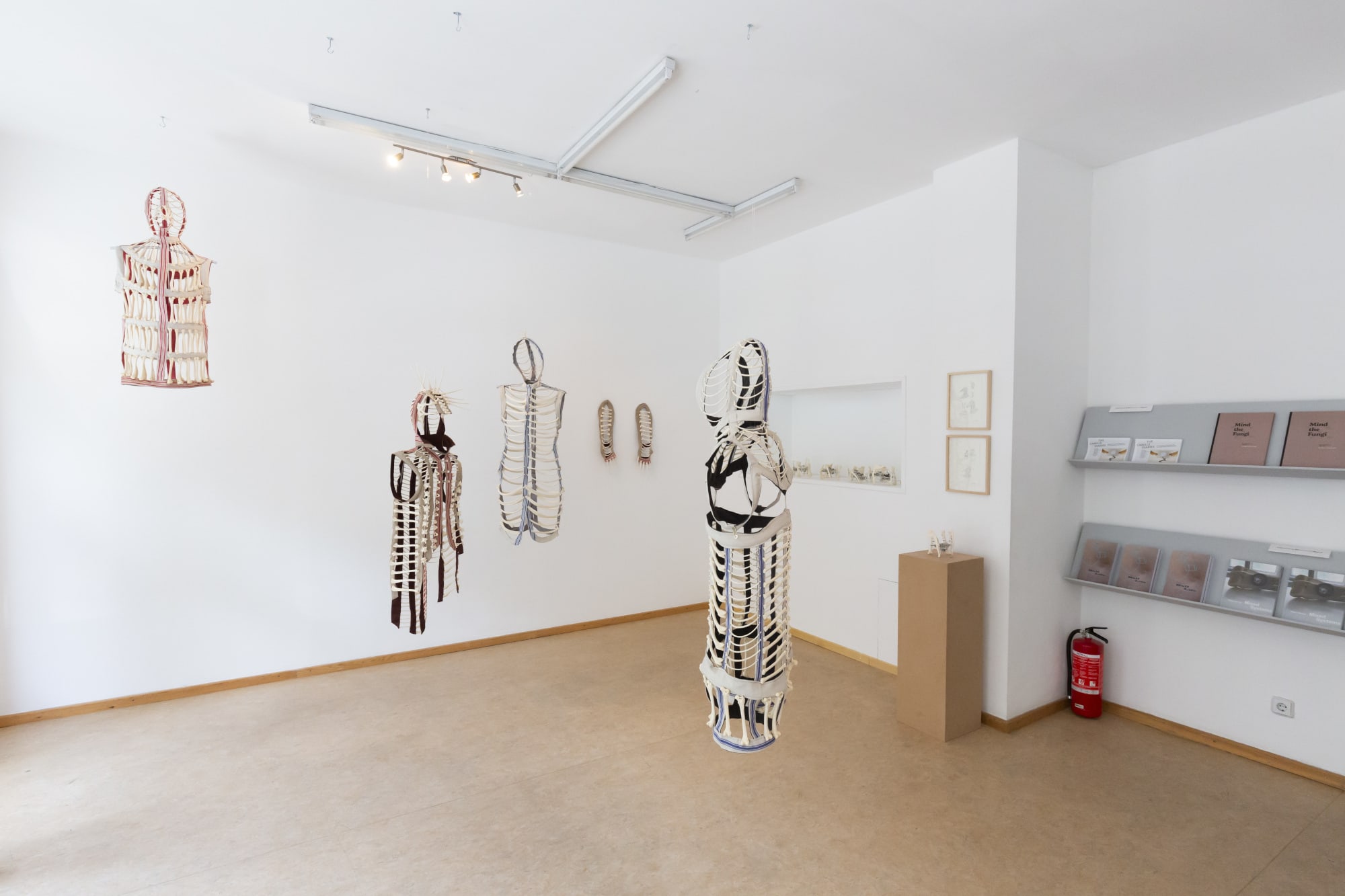 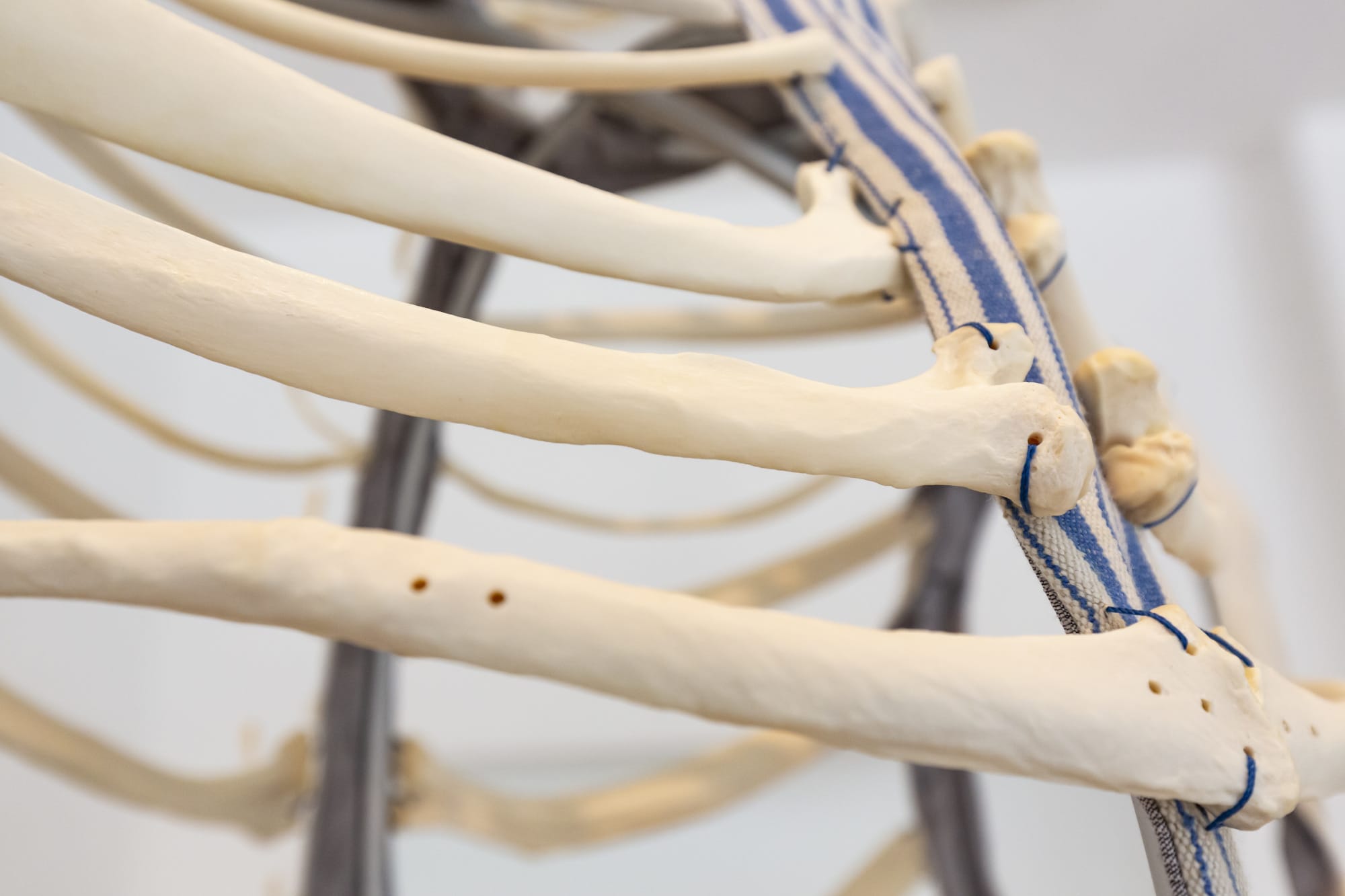 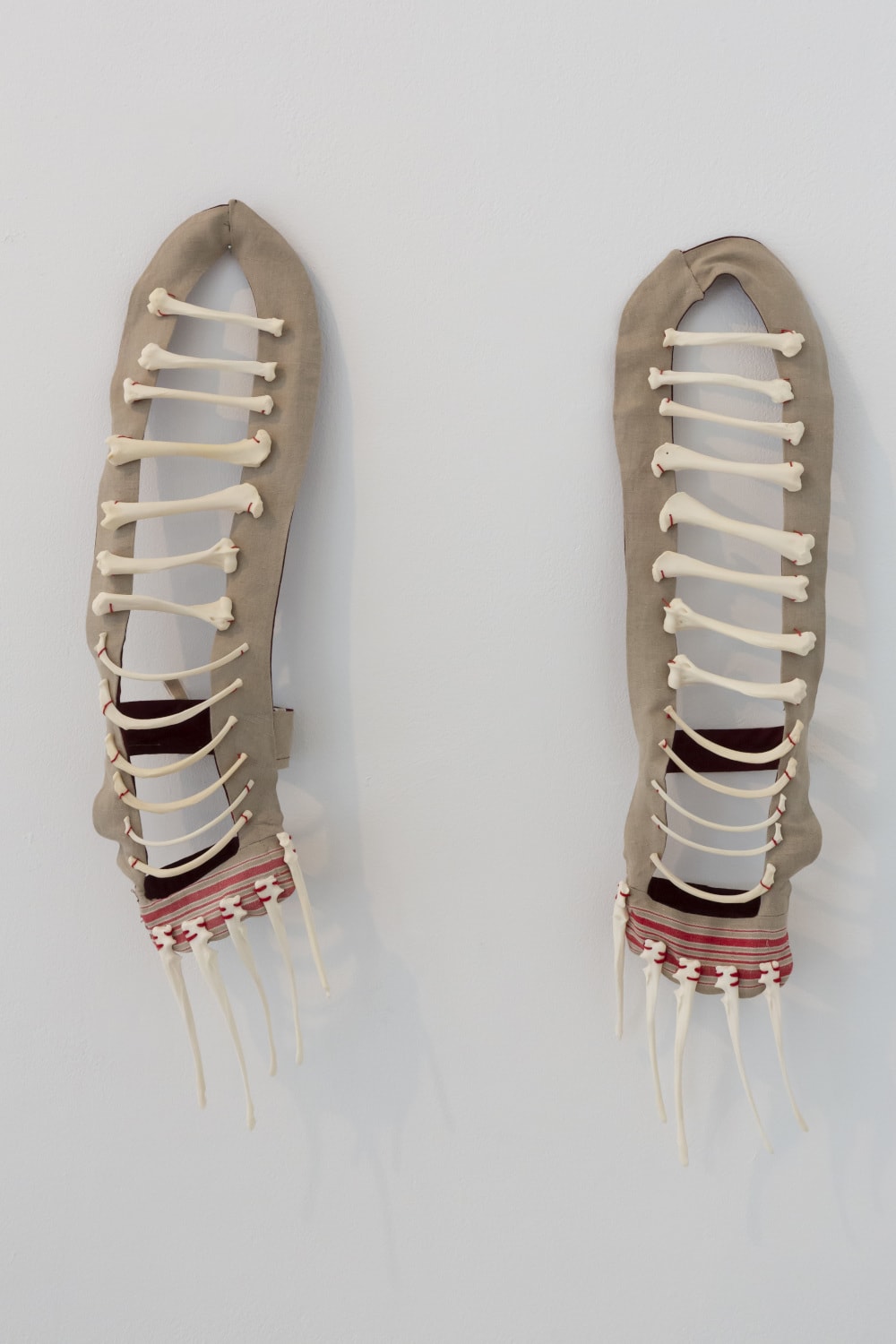 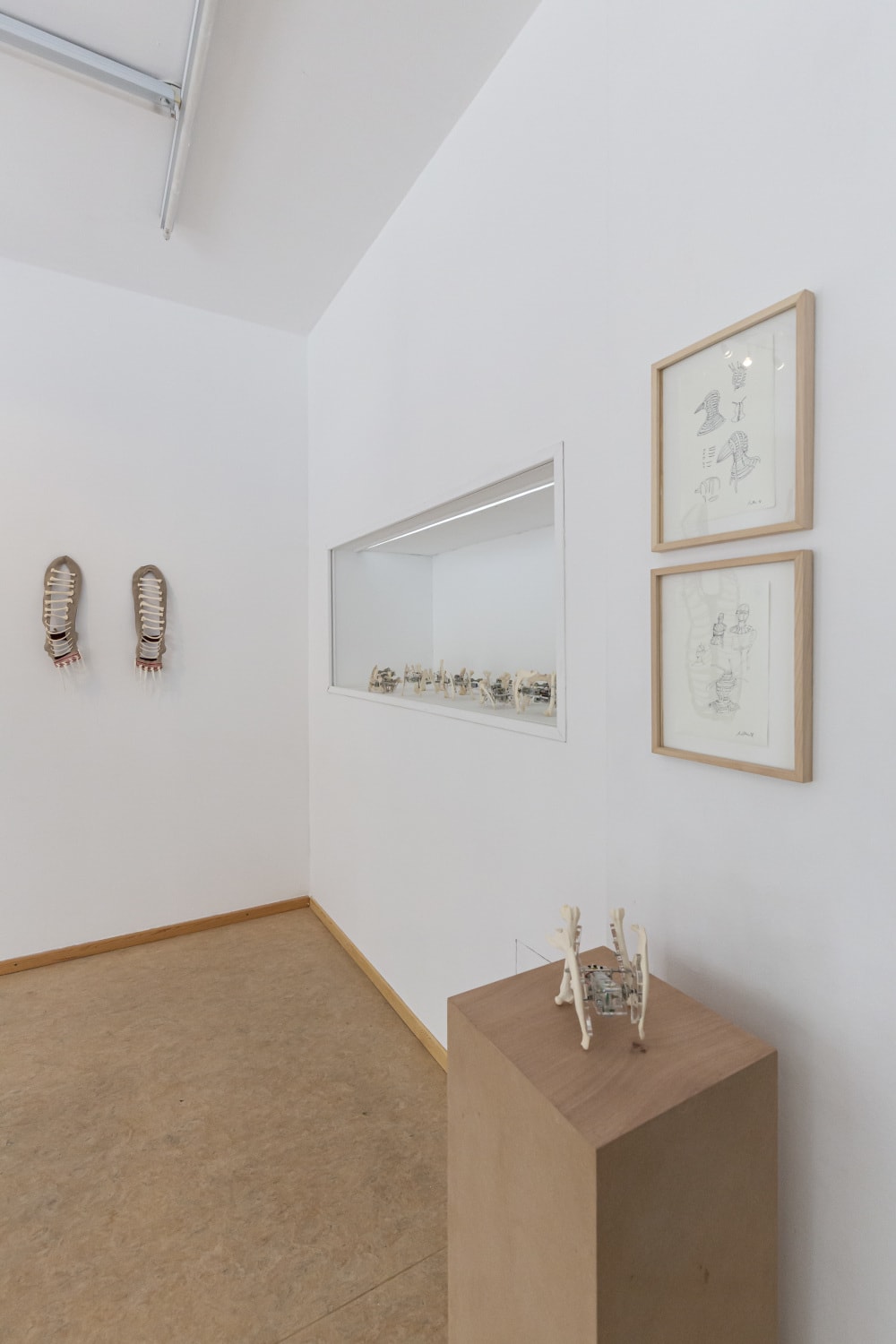 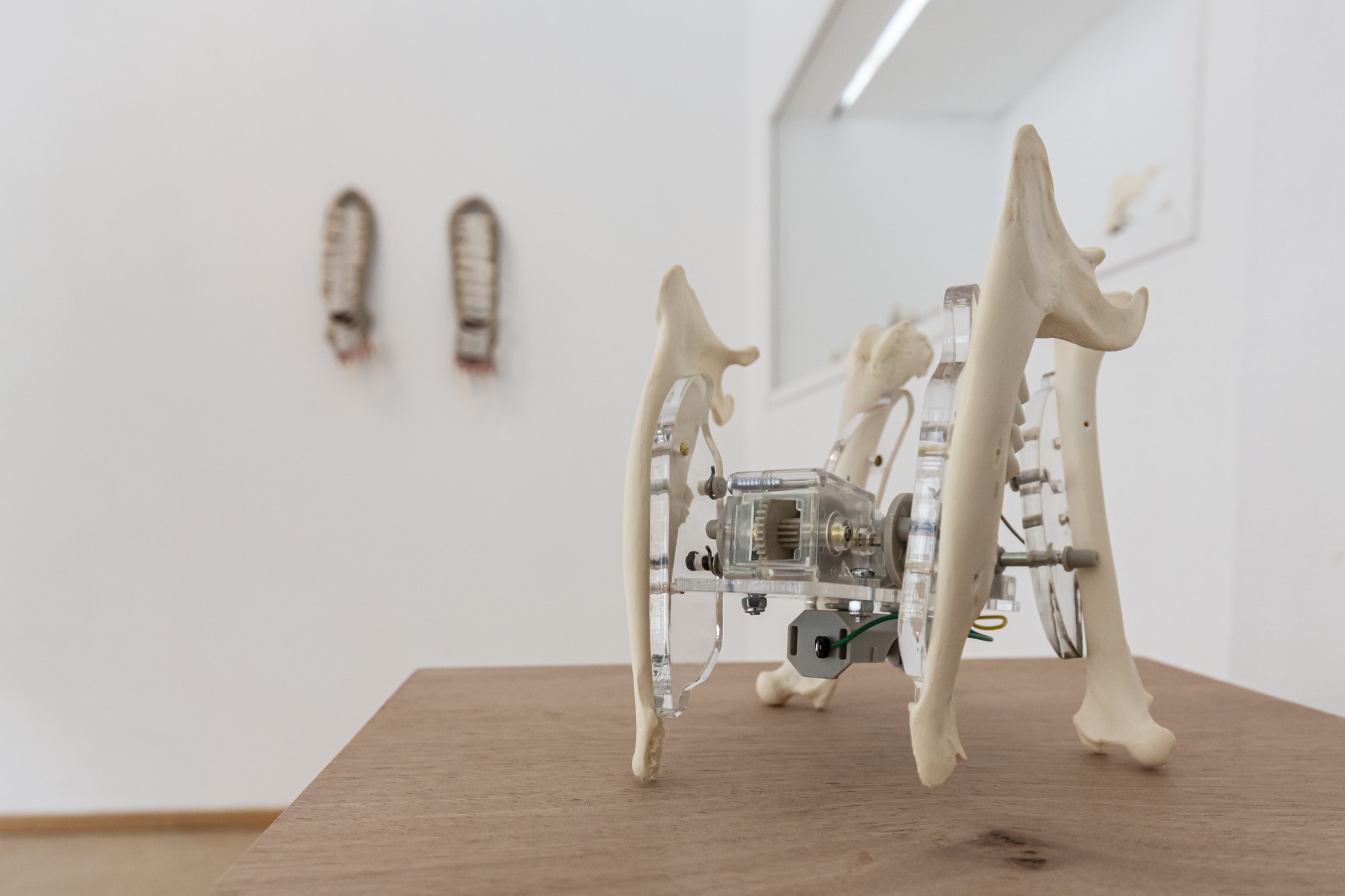 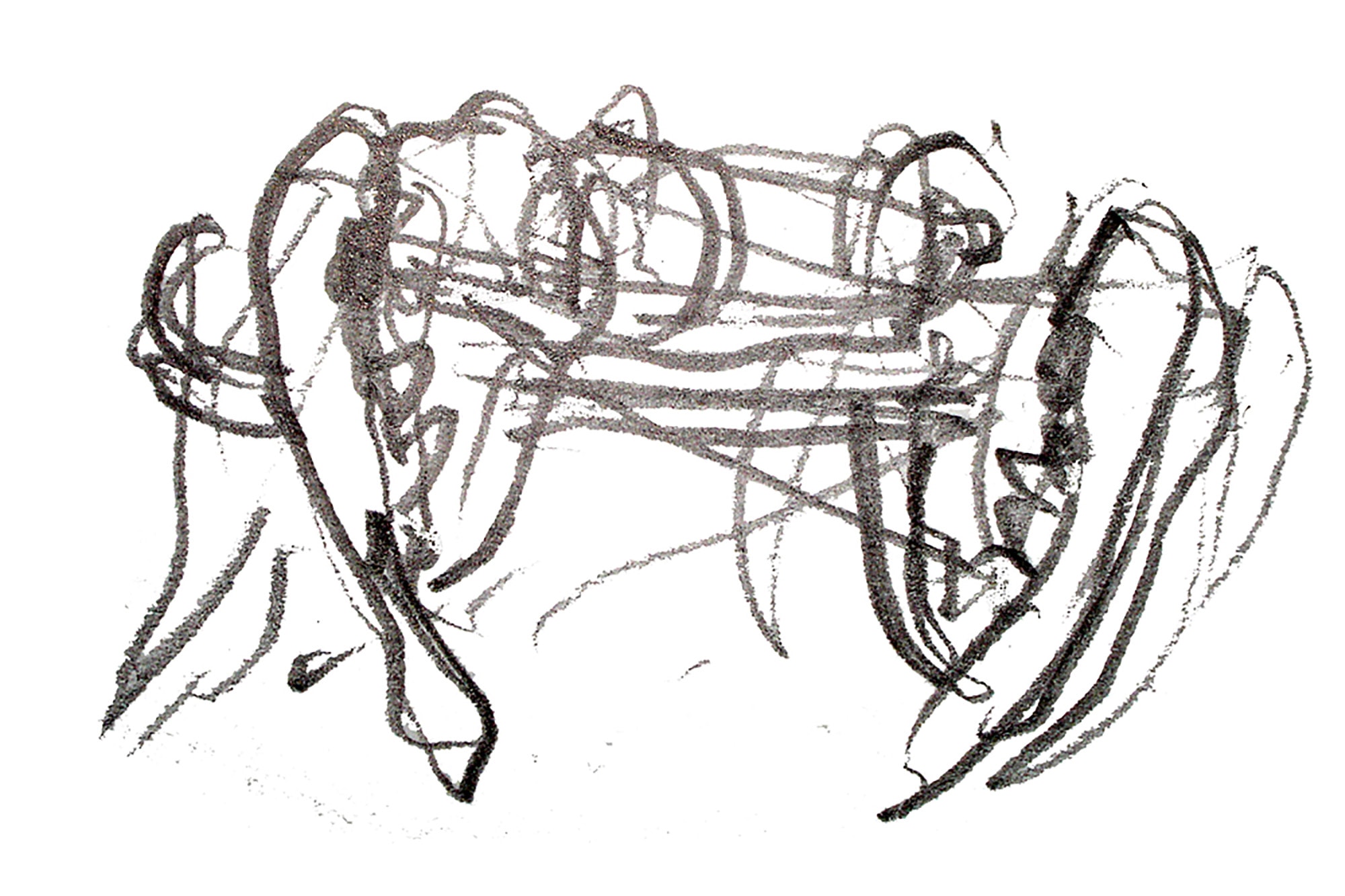 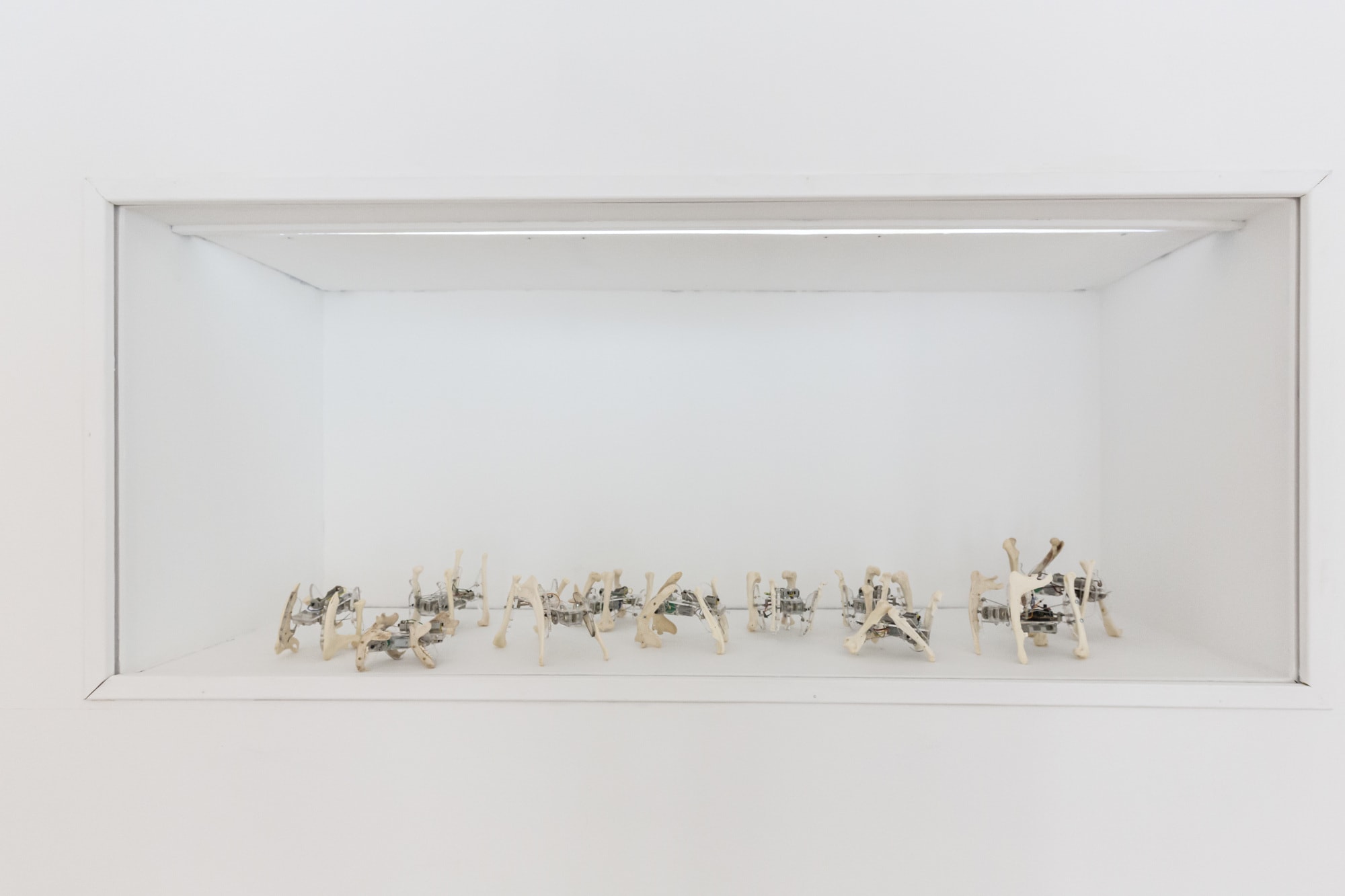 So Kanno combines design and computer science with digital art and has been working extensively on robotic systems and swarm robotics in recent years. Lasermice is a swarm robotics system consisting of 60 small robots inspired by the synchronous behaviour of insects such as fireflies. Normally, a swarm’s network is invisible, but in this case, these robots create a visible network using laser-light photodetector communication. Thus, they create a rhythm, acoustically perceptible through electronic magnets, that is constantly changing. The updated version Lasermice Dyad, also follows the idea of making natural phenomena artificially visible, and features even more parameters. 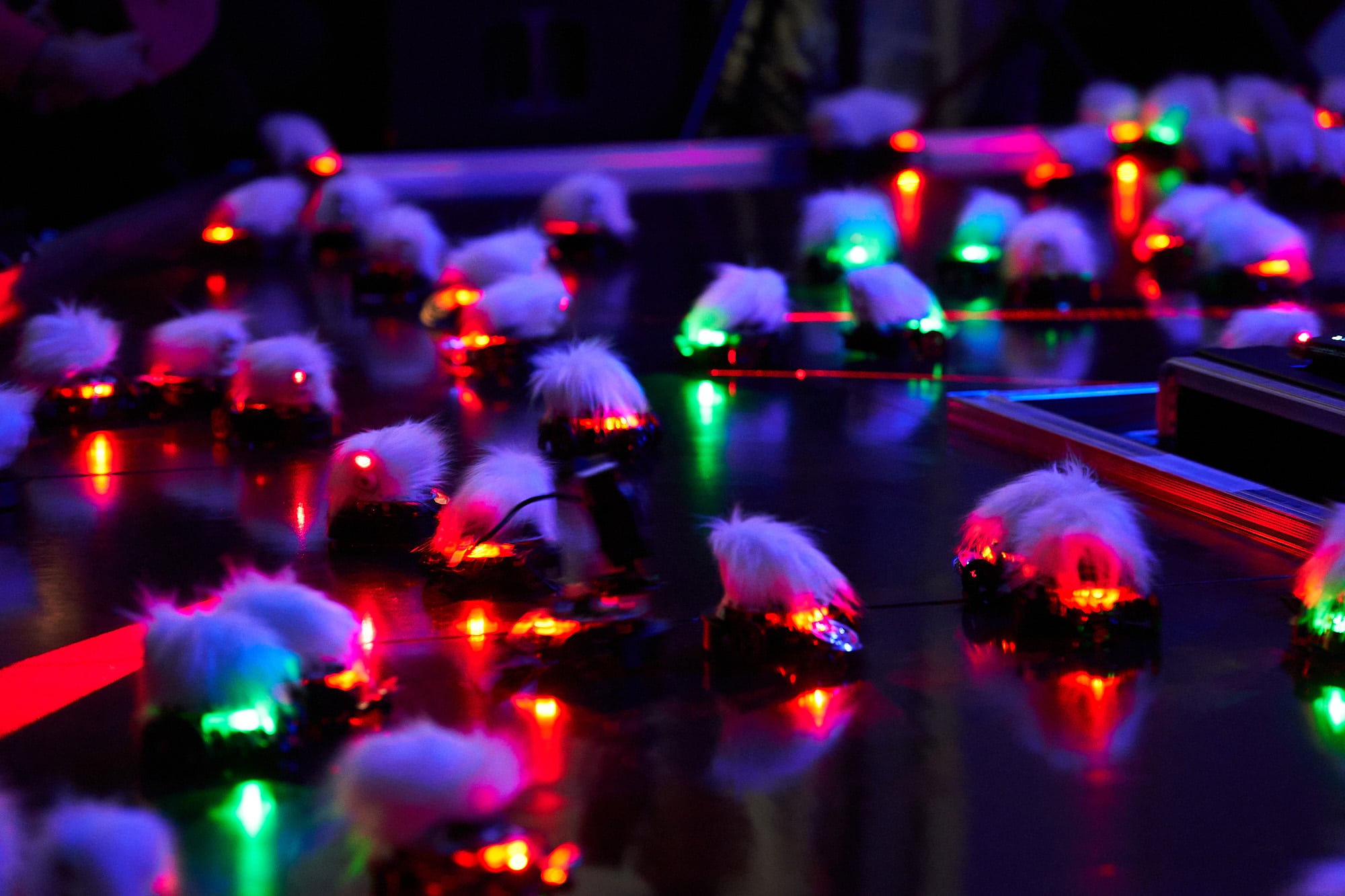 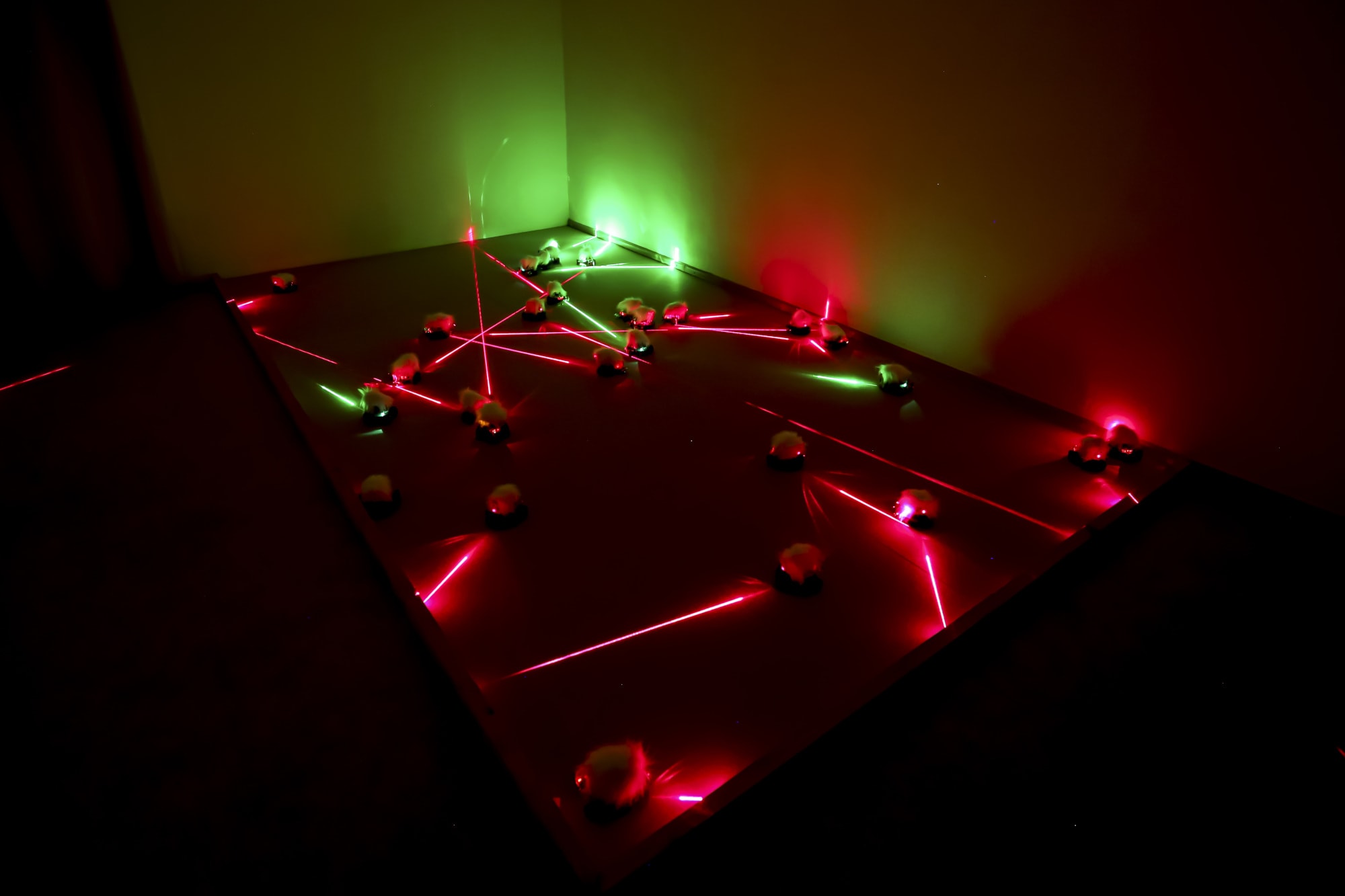 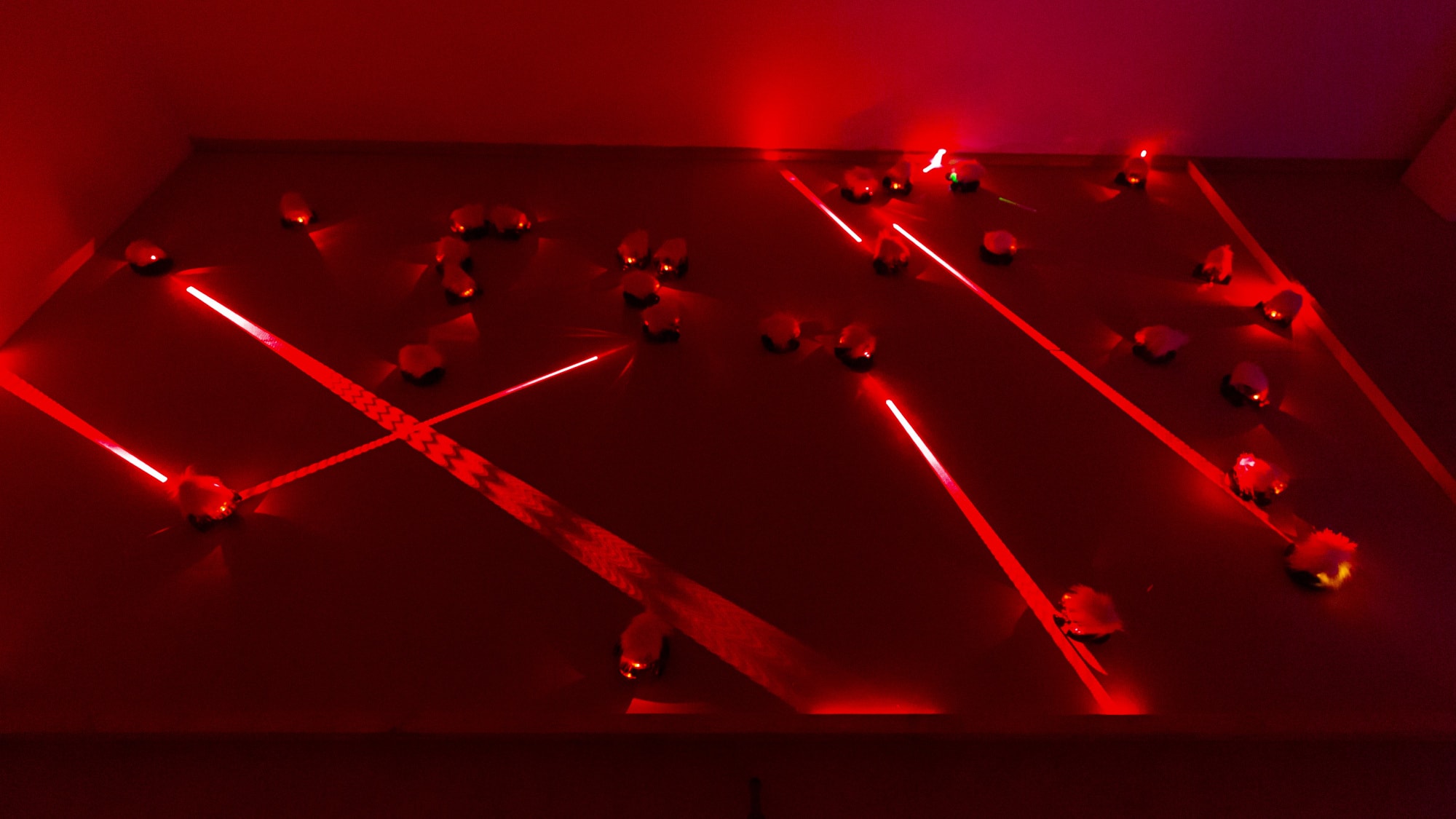 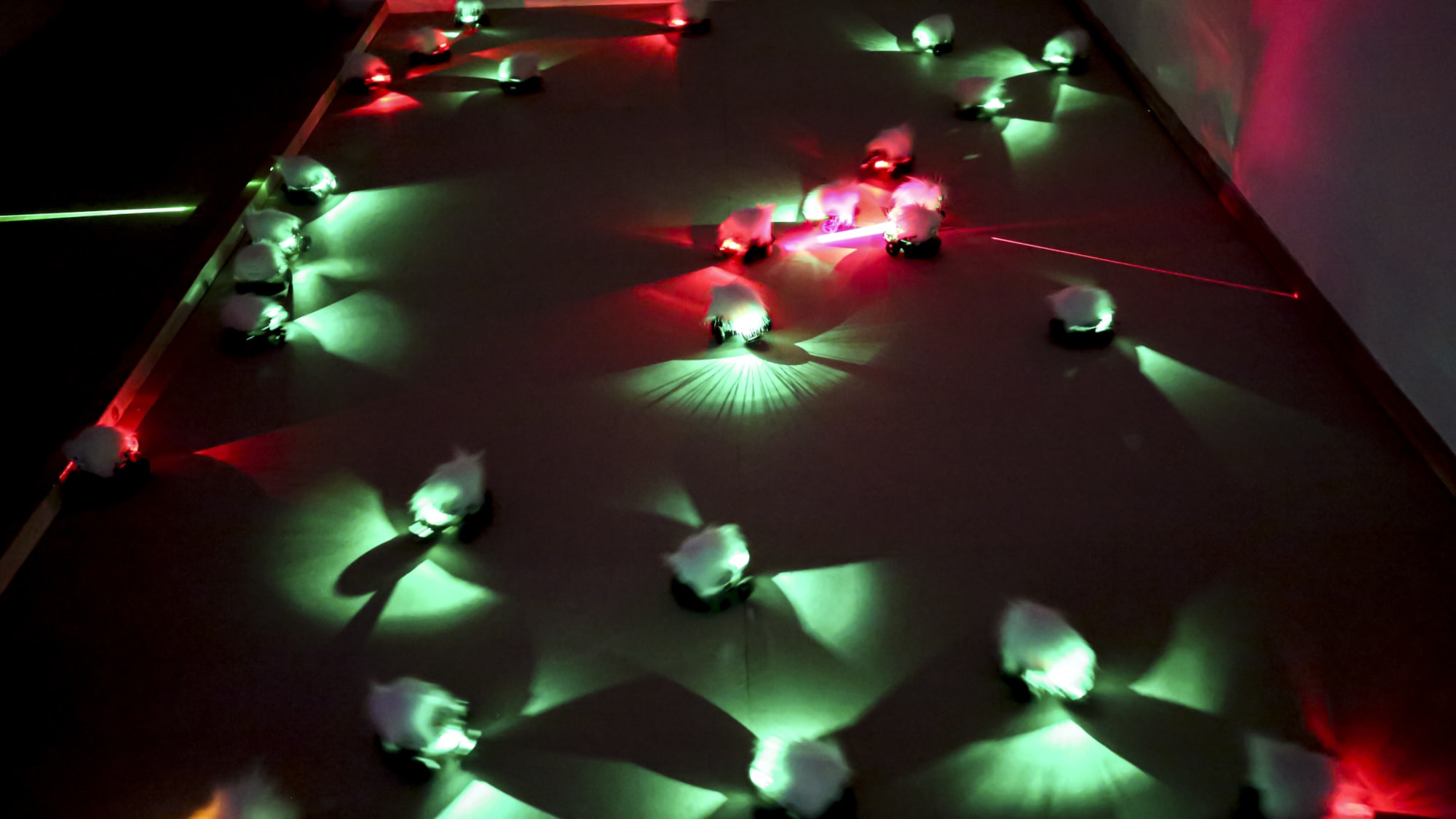 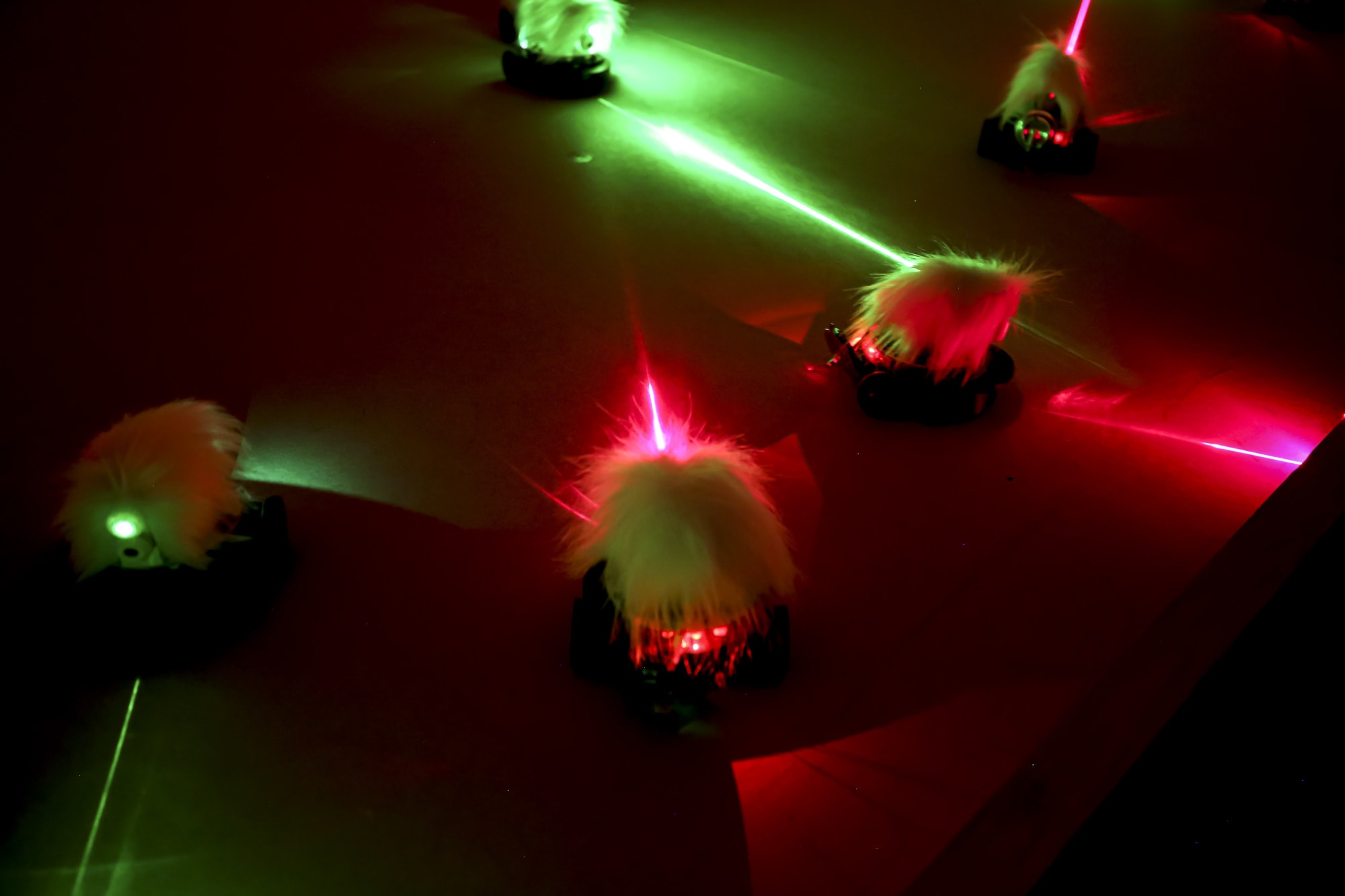 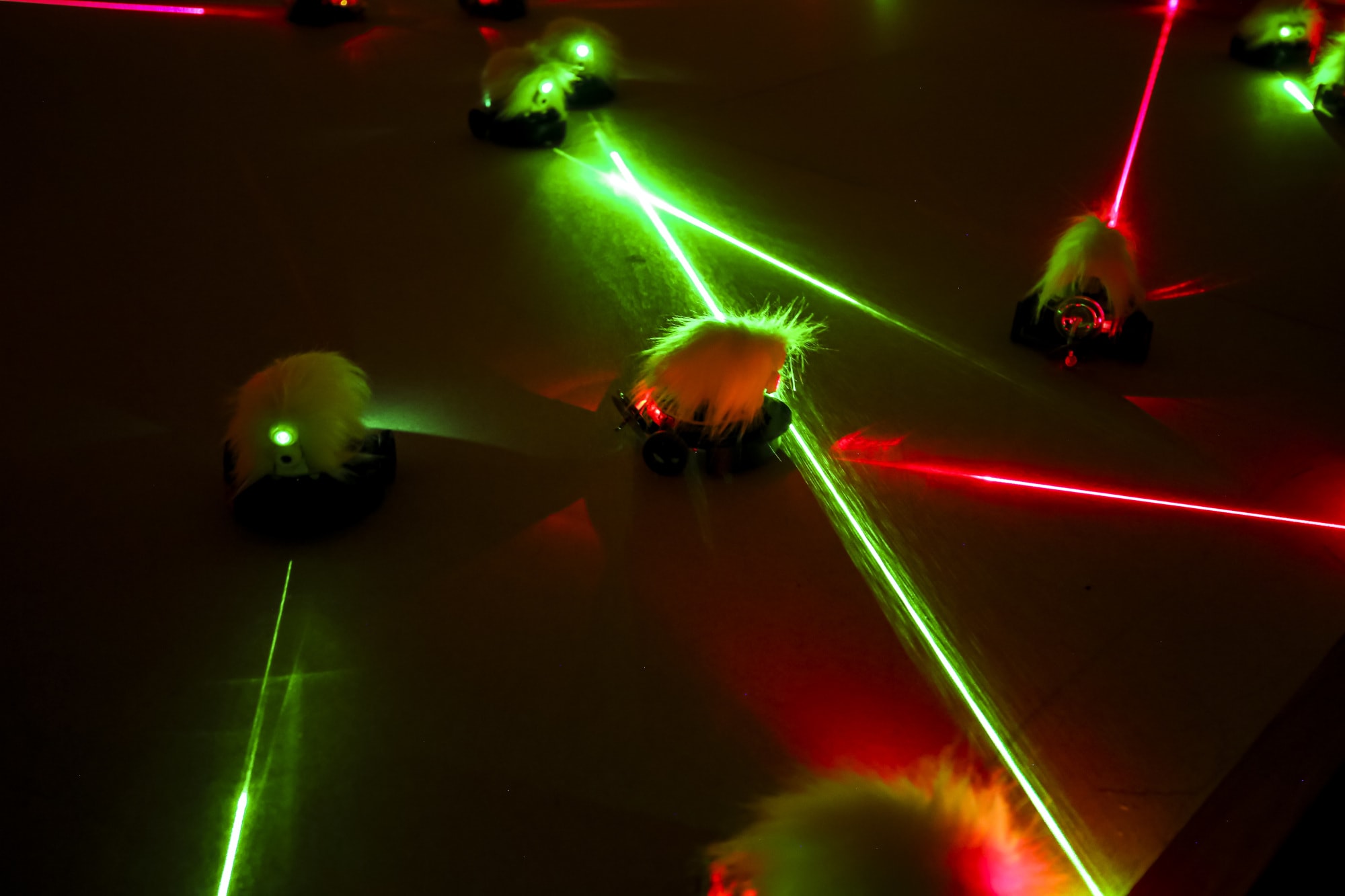 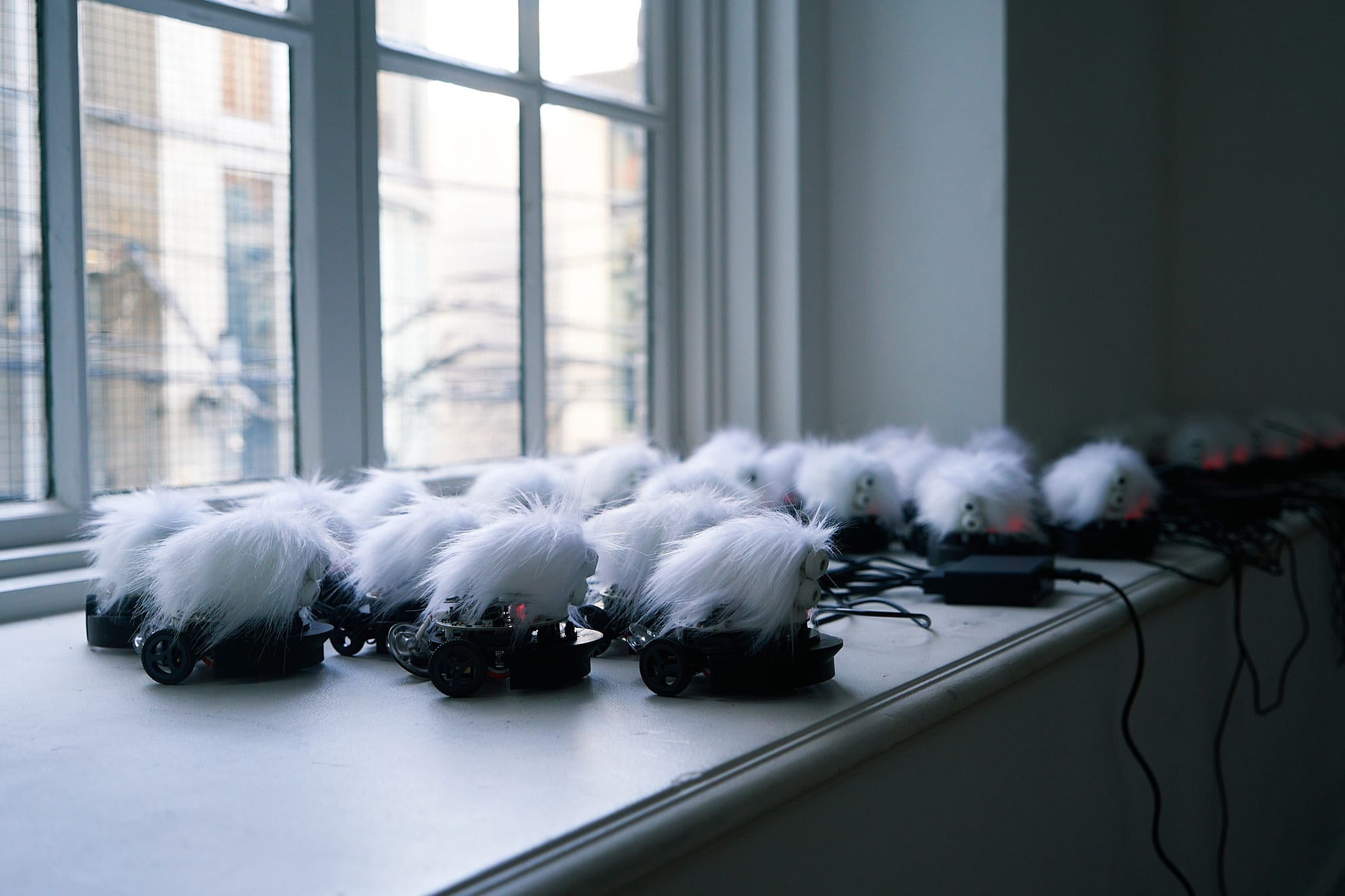 So Kanno, Lasermice, photo: So Kanno

Sofia Crespo works on the representation of artificial life and generative forms of life. One of her main focuses is the way organic life uses artificial mechanisms to simulate itself and to evolve. This implies the idea that technologies are a distorted product of the organic life that produced them, rather than a completely separate object. Her Neural Zoo project is research into how creativity works. Computer vision and machine learning build a bridge between us and a speculative “nature” that is only accessible through a high degree of parallel computations. 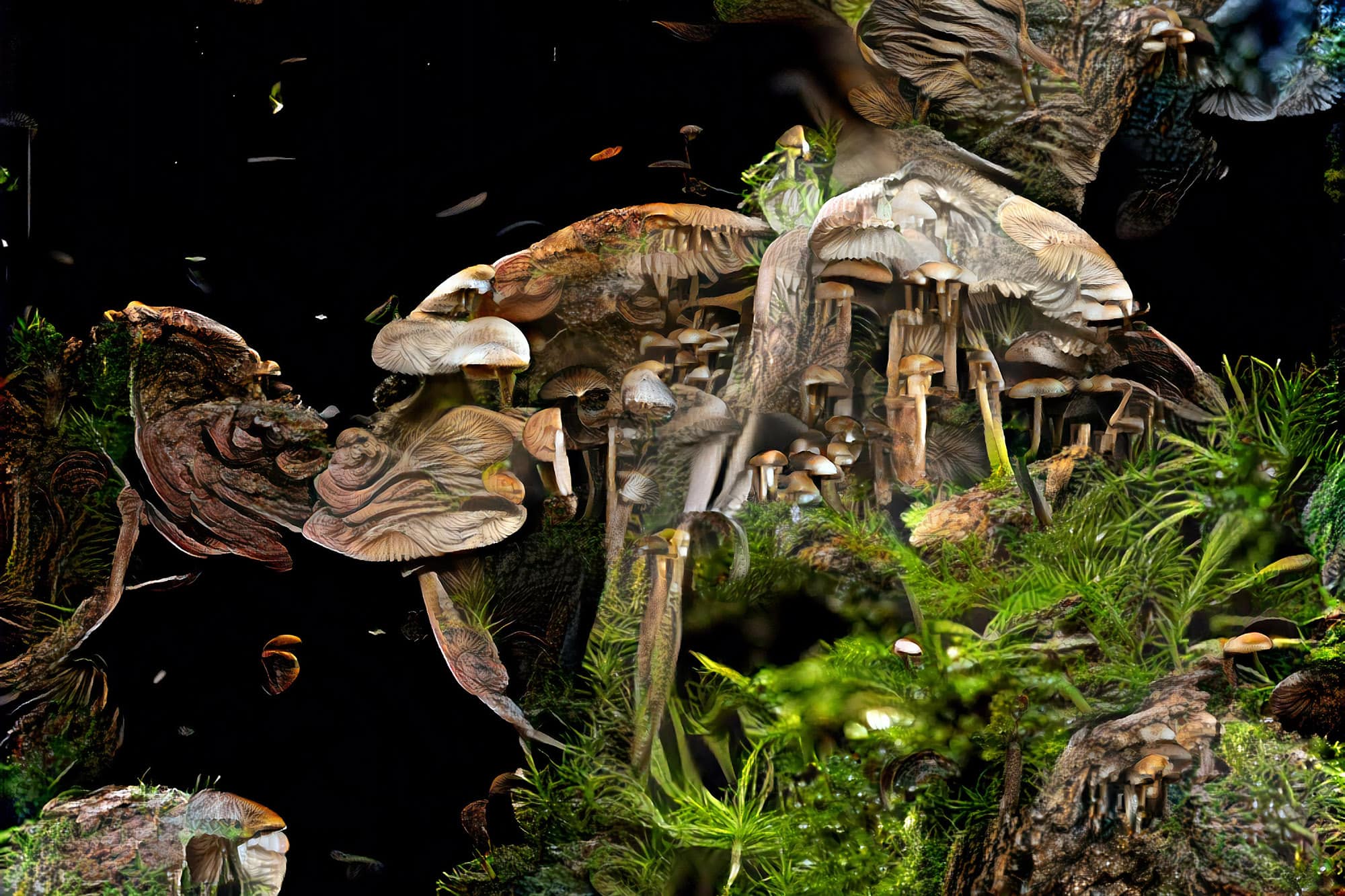 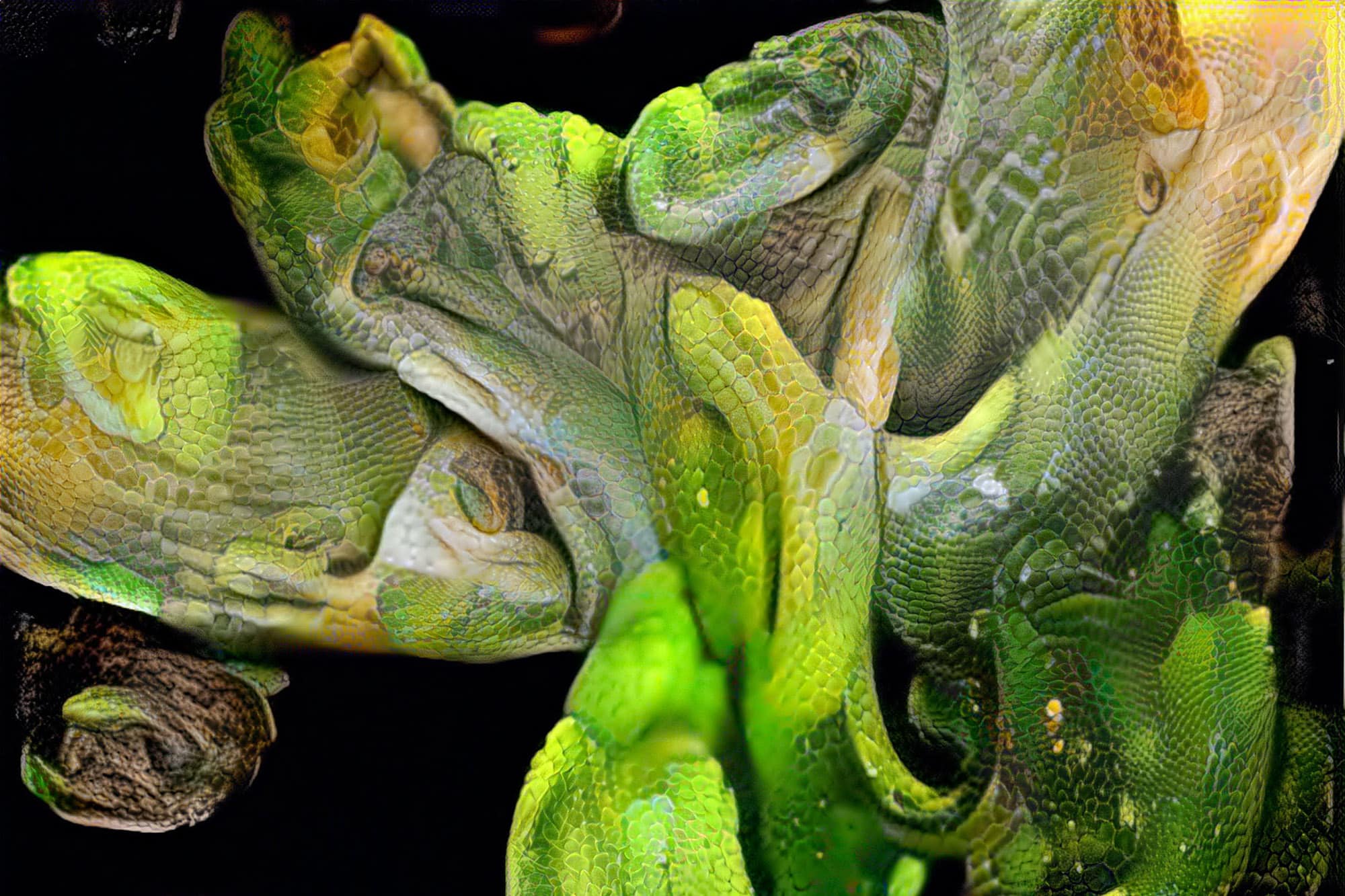 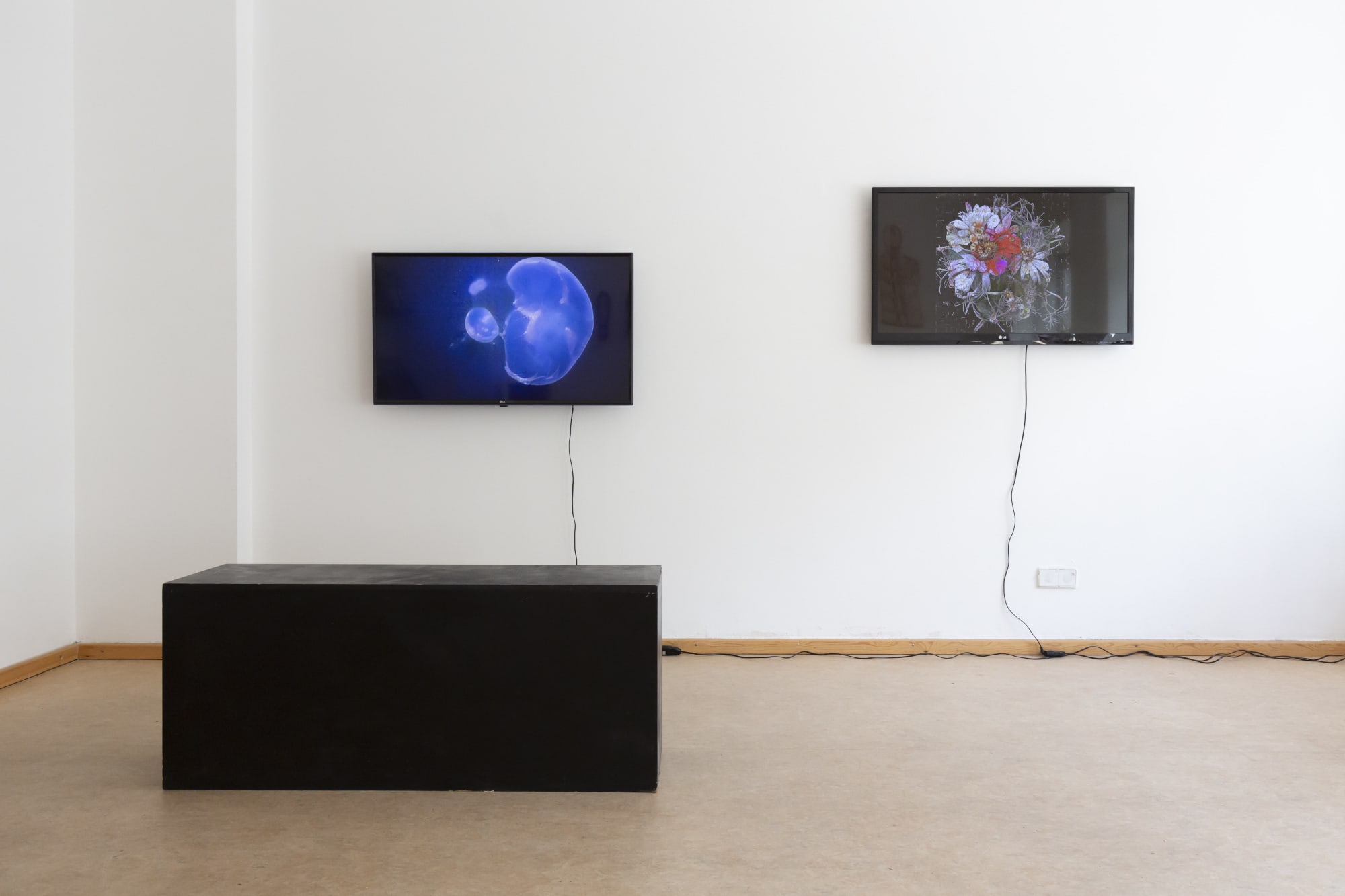 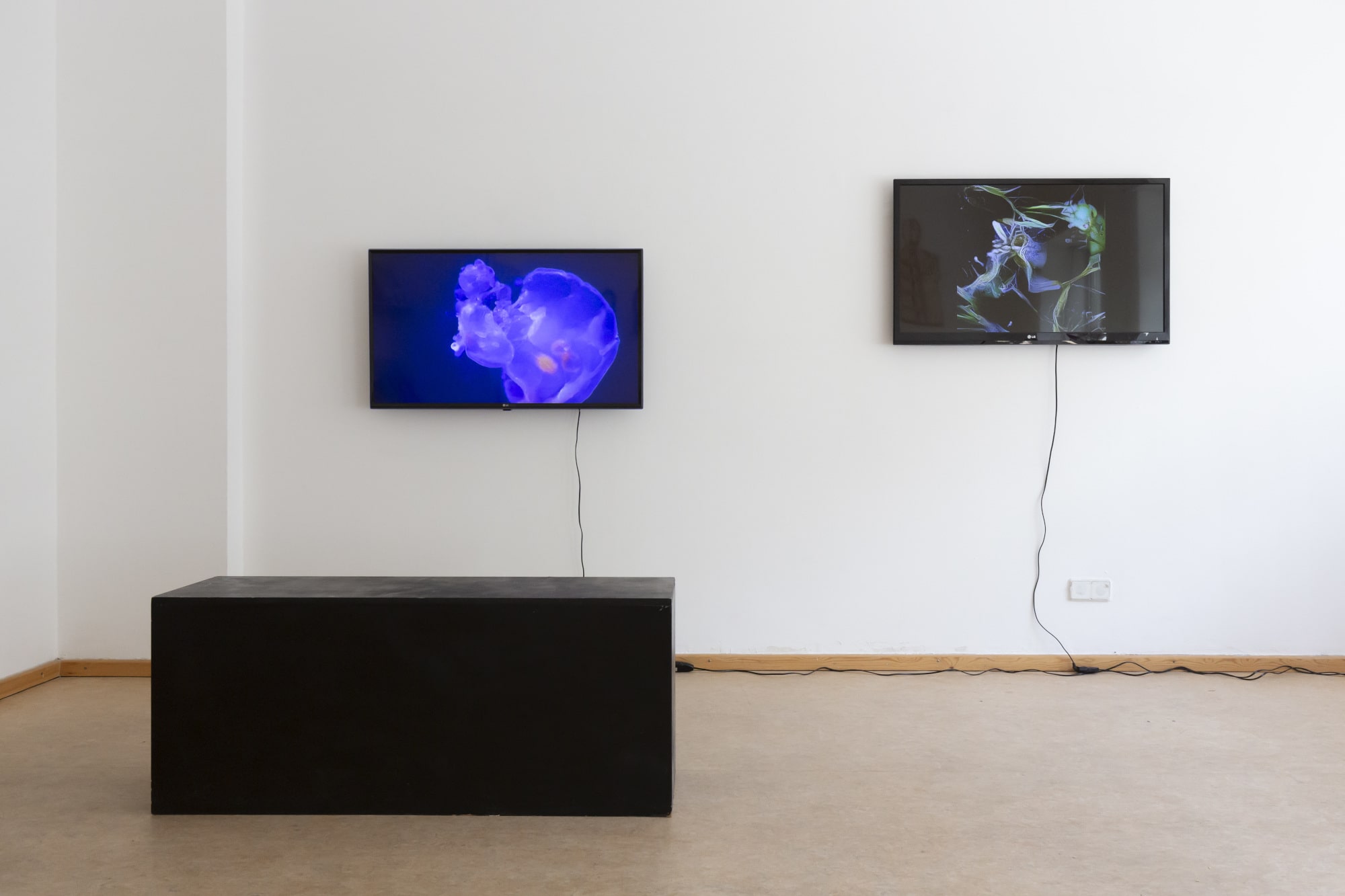 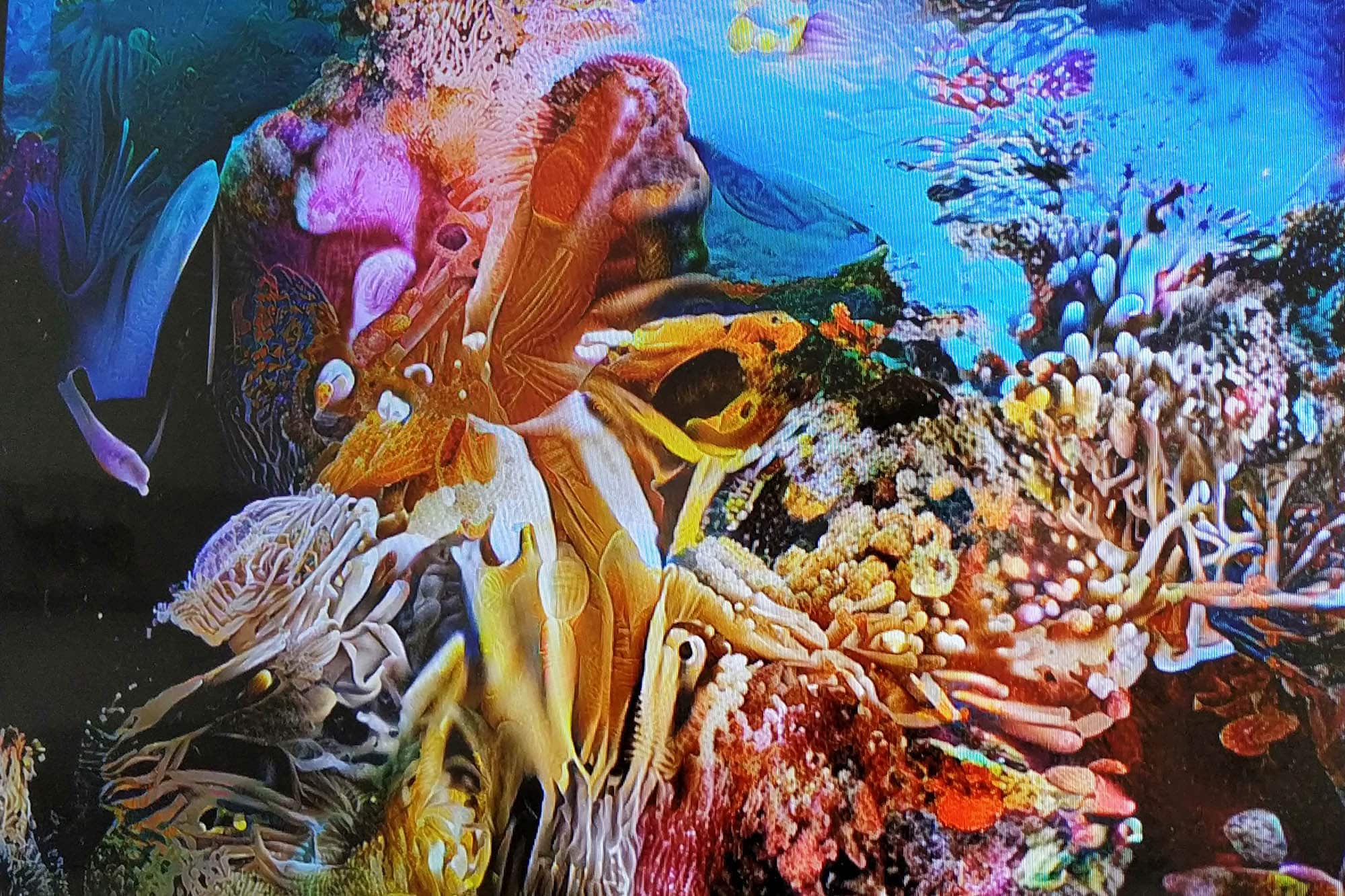 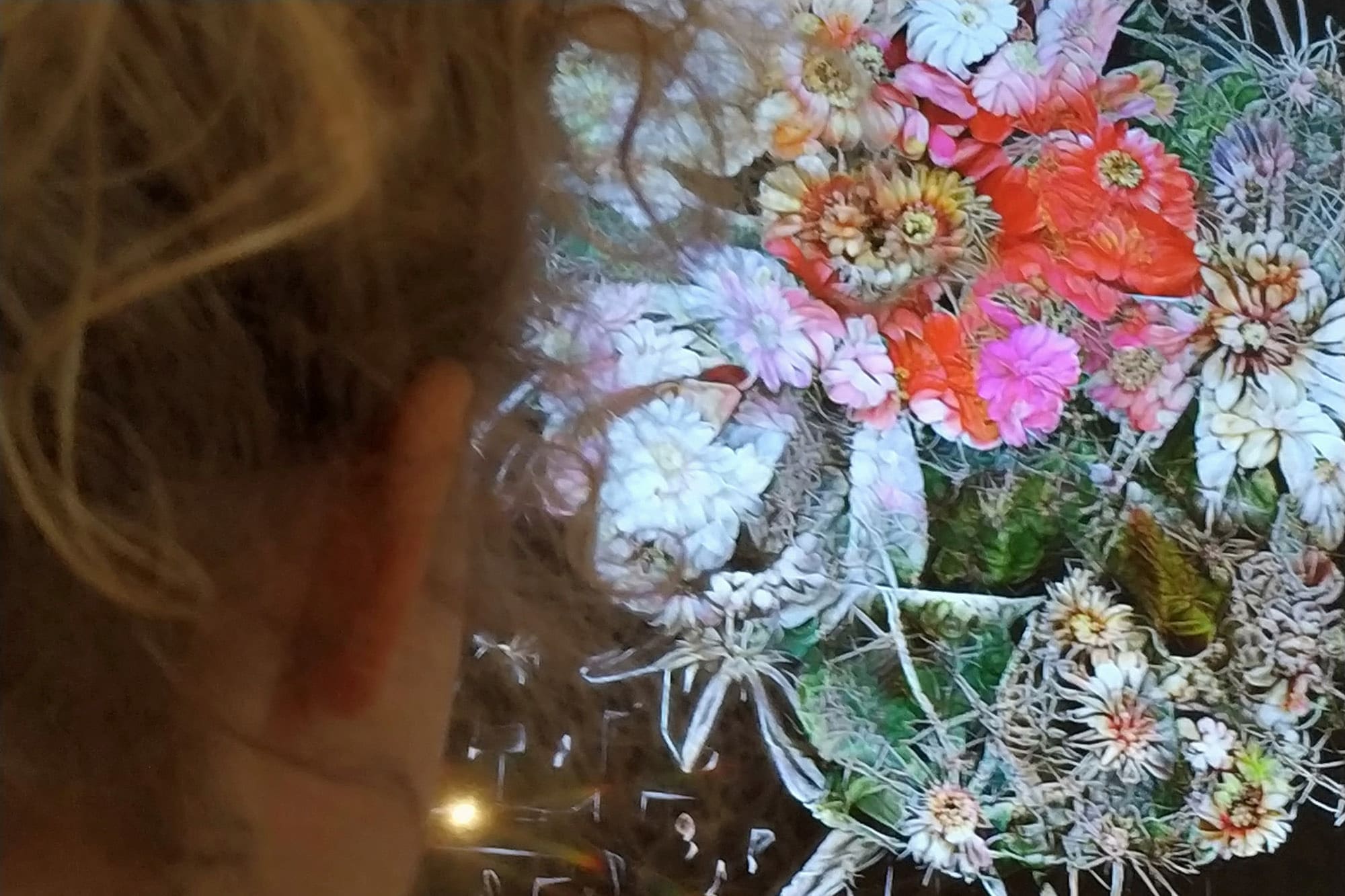 UPDATE: As of Saturday, June 5, 2021, our visitors no longer need to show a negative test and can visit our exhibition WITHOUT a reservation during regular opening hours. A warm welcome!

*Max. 5 visitors at a time are currently allowed in the exhibition space. FFP2 masks are required for the duration of the visit. Contact details for all visitors will be retained for one month. 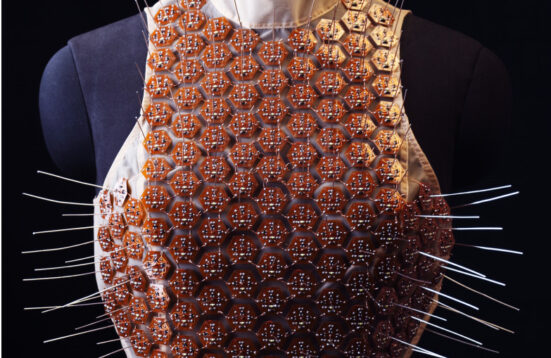