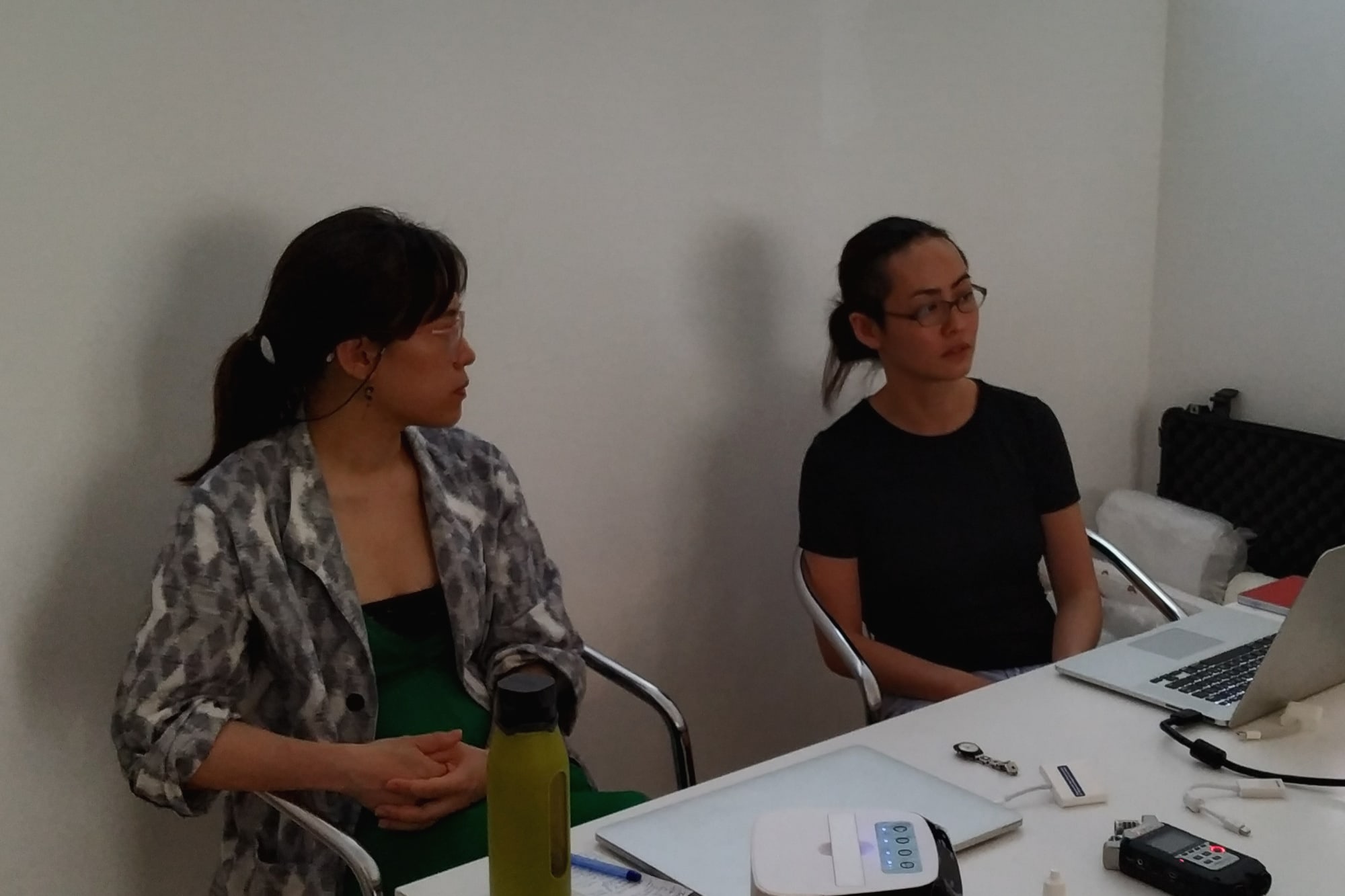 Part of the exhibition The Silkworm Project.

Conversations in Silk presents a dialogue between historian of biology Lisa Onaga, Senior Research Scholar at the Max Planck Institute for the History of Science, and artist and designer Vivian Xu. They will reflect on the complex and intermingled topic of silk, spanning from the historical and cross-continental context of sericulture, to specultations of the future of the silkworm-human relations within a technoscience framework. Onaga will draw from her own research inquiries into the histories of silk cocoon production and standardization in Japan, and silkworm heredity experiments spanning various continents, introducing to audiences new research from her upcoming book Cocoon Cultures. Xu will speak of her work and research for The Silkworm Project, which takes on a more speculative and cybernetic view, drawing inspiration from the silkworm’s behaviour and biology, to better design labour machines and system logics. The talk takes into consideration the ongoing exhibition “The Silkworm Project” and will conclude with conversations between the speakers and audience. 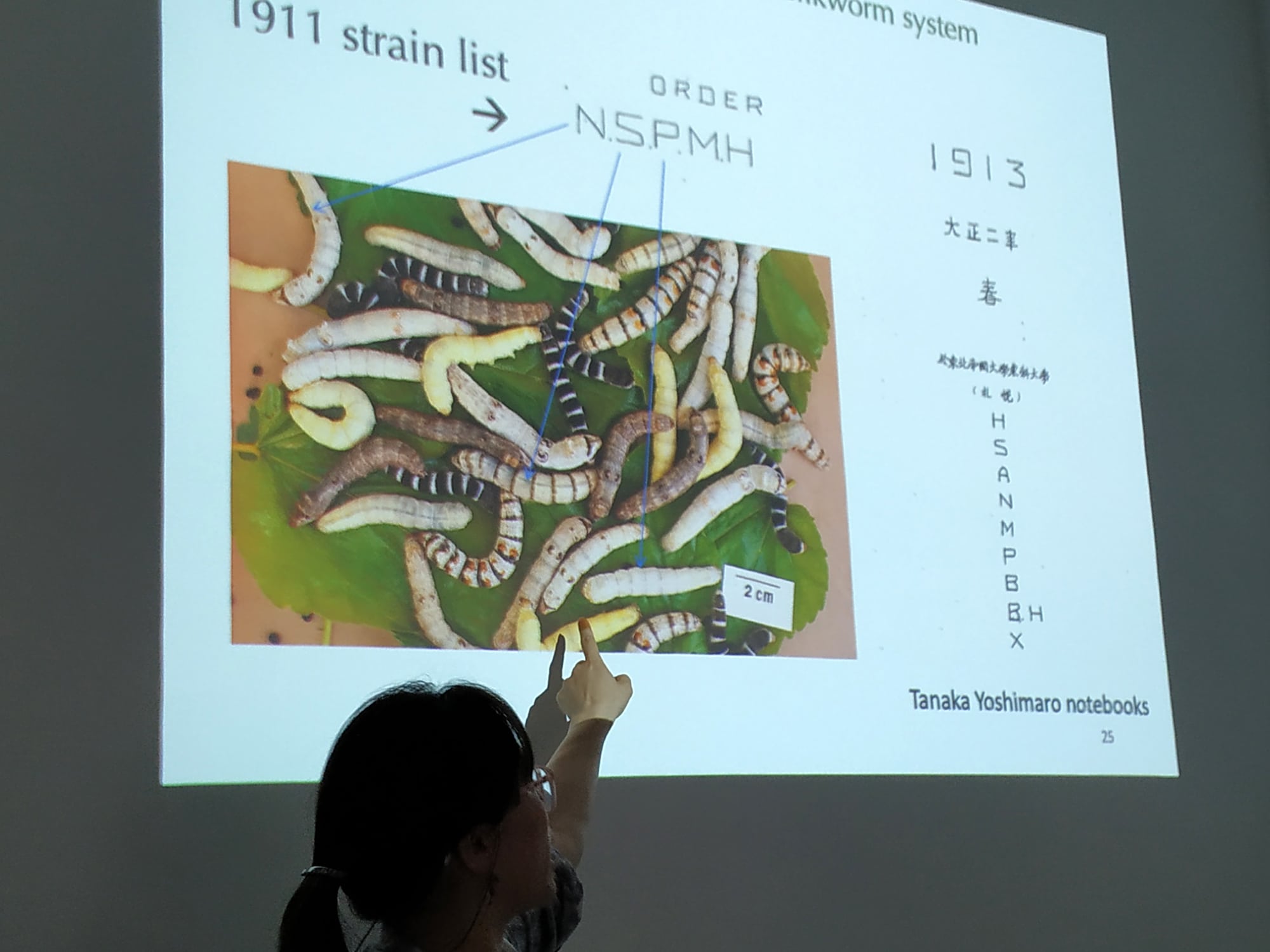 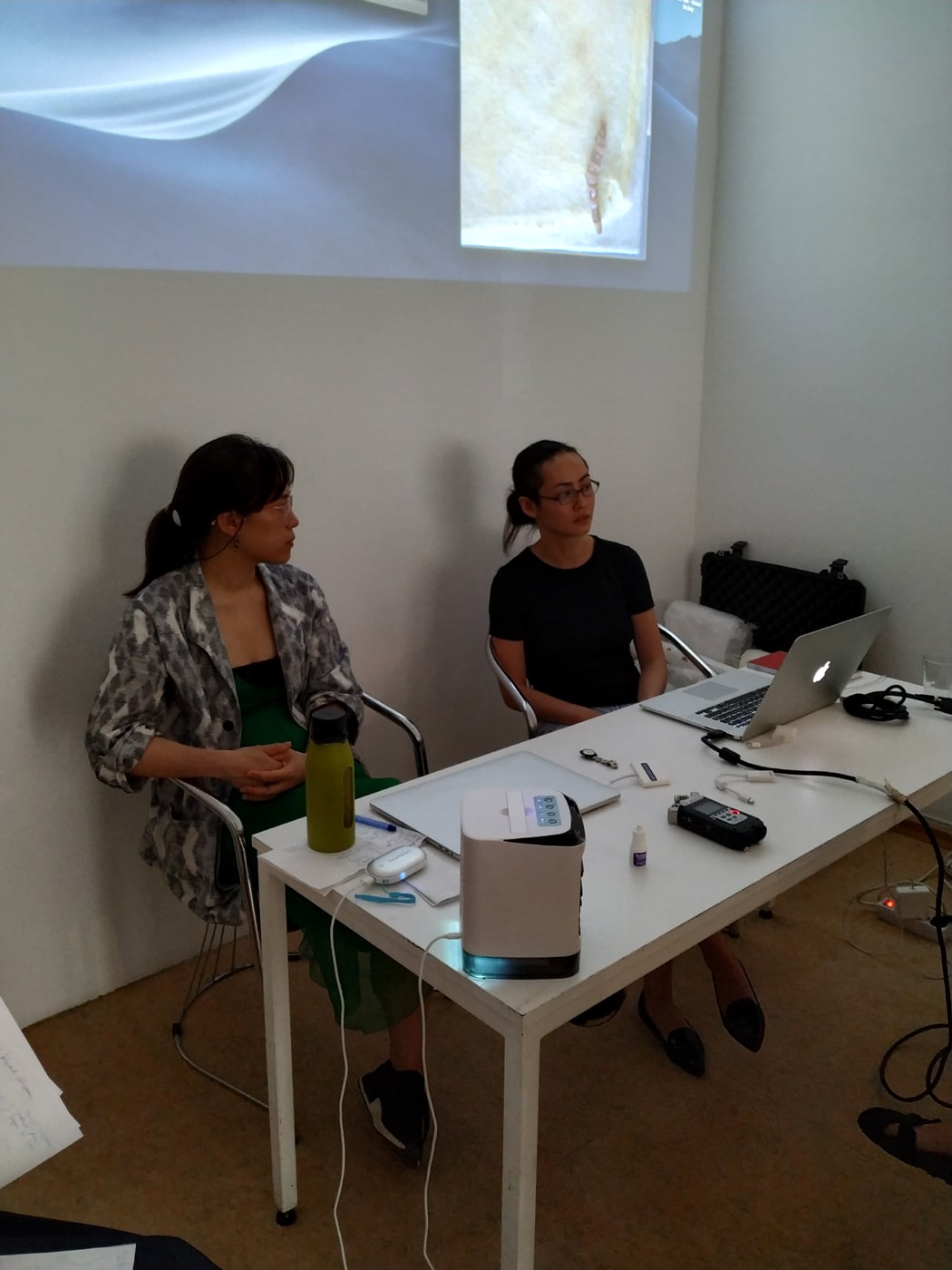 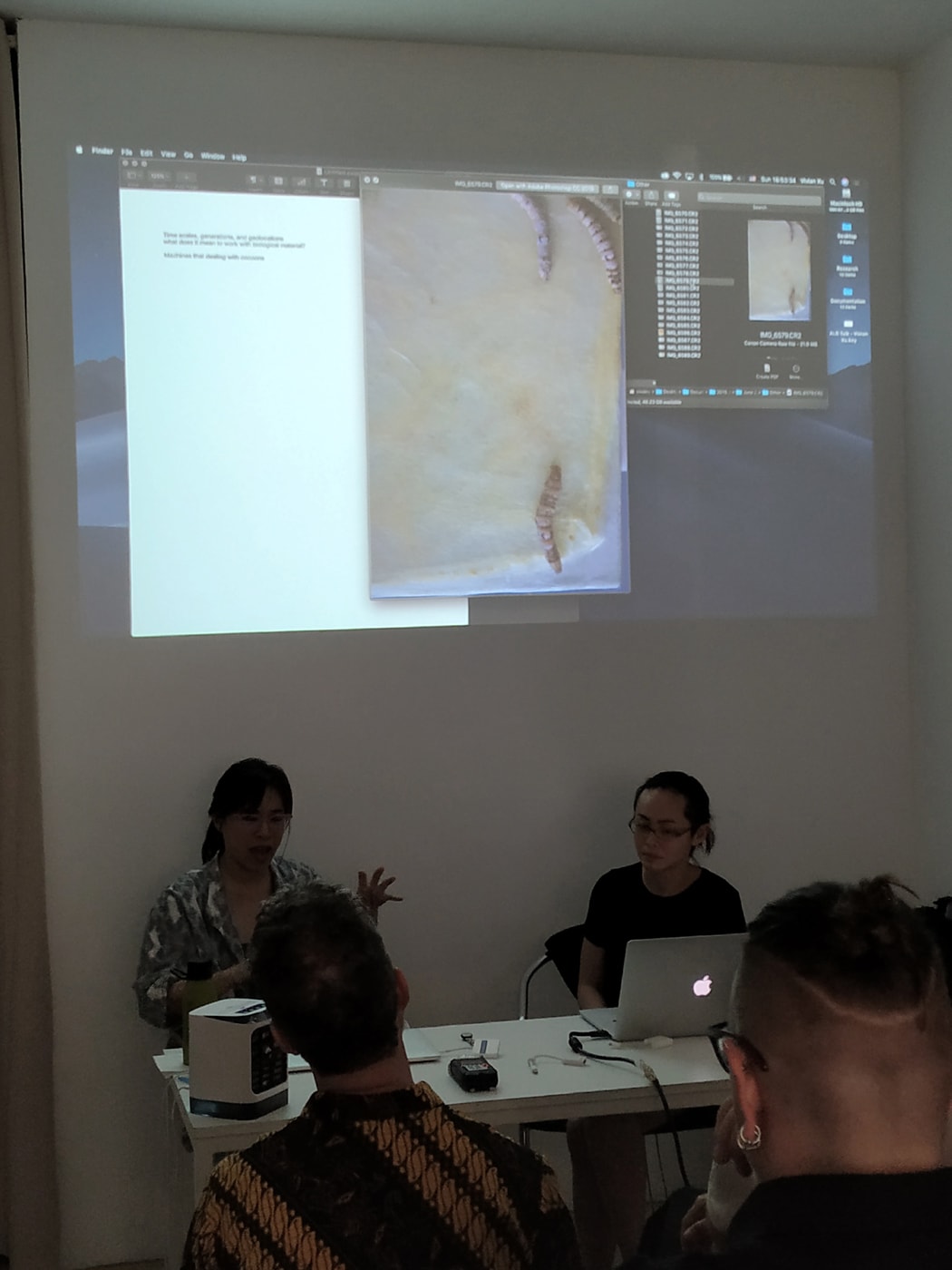 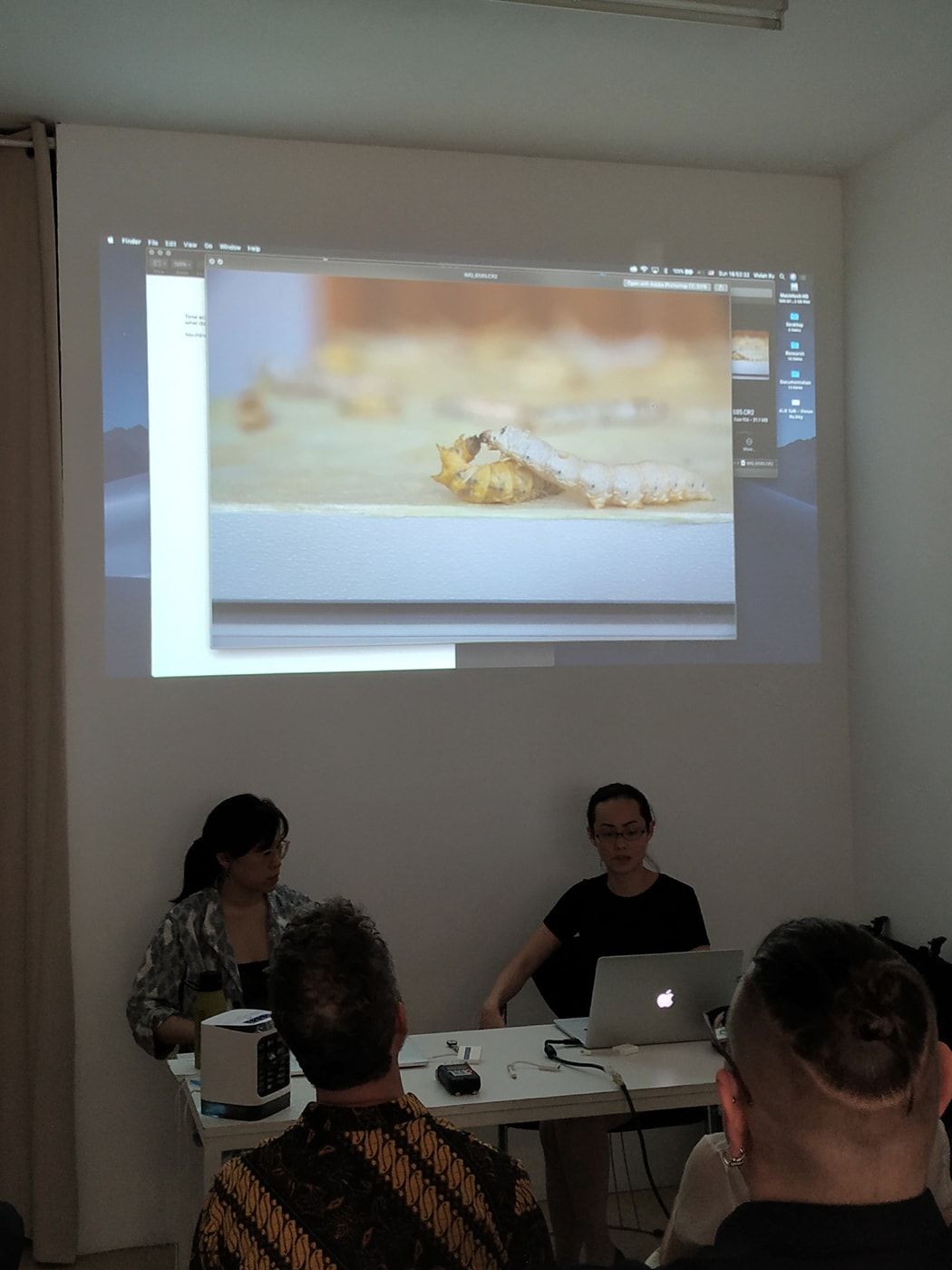 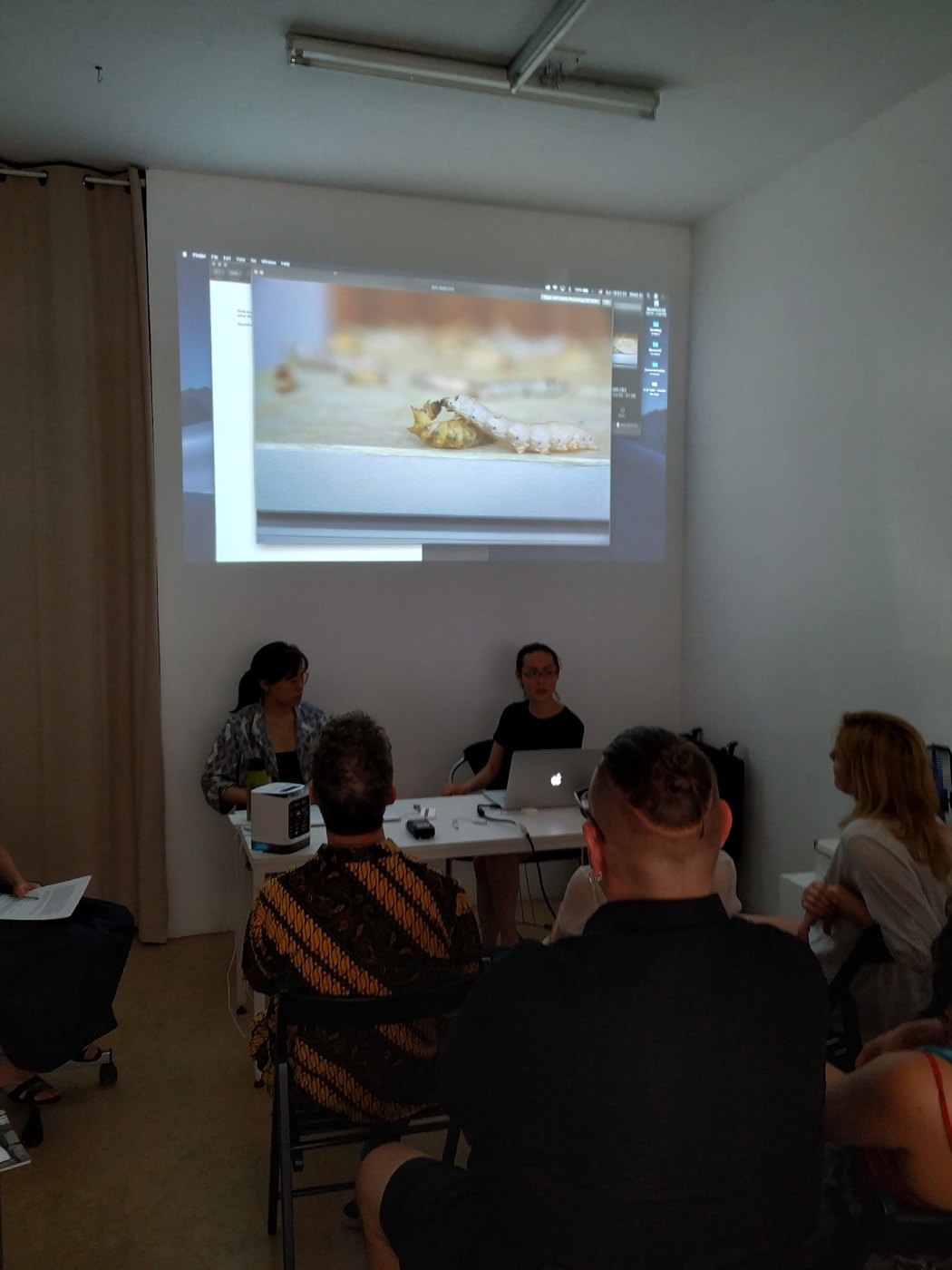 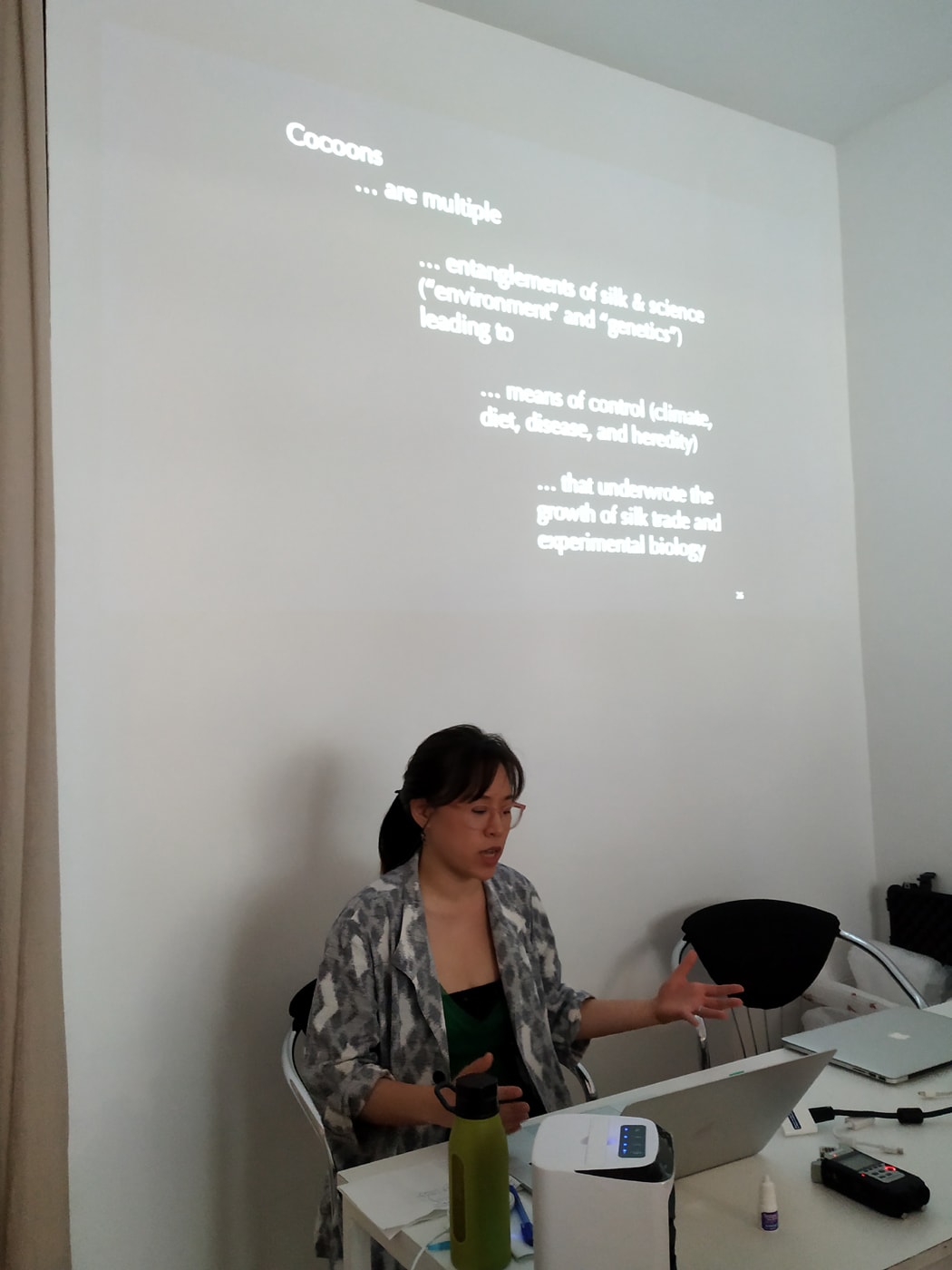 Vivian Xu (b.1985) is a media artist and researcher from Beijing, currently based in Shanghai. Her work explores the boundaries between bio and electronic media in creating new forms of machine logic, life and sensory systems, and often take the form of object, installation and/or wearable. She has shown, lectured, and preformed at various institutions in China, the US, Germany, and Australia. Vivian co-founded Dogma Lab, a trans-disciplinary design lab in Shanghai that is dedicated to creating experimental research at the intersection of design, technology, art and science. Between 2013-2015, she was Research Fellow at New York University Shanghai. Since then, she has lectured at various universities and programs, including Shanghai Tech University, Chinese University of Hong Kong Shenzhen Campus, Roy Ascott Technoetic Arts program (Shanghai), etc. Her work has been featured in media and press, including VICE China, Elle US, and the China Global TV English Channel, etc. Xu received her MFA in Design and Technology at Parsons the New School for Design in 2013.

Lisa Onaga is a Senior Research Scholar at the Max Planck Institute for the History of Science, where she recently launched the “Proteins and Fibers: Scaffolding History with Molecular Signatures” working group. Her research investigates questions about the ownership and authorship of knowledge in relation to biological materiality at the interface of invertebrate and human life in agricultural, laboratory, and industrial settings. She is currently working on a book, Cocoon Cultures: The Entanglement of Biology and Silk in Japan since 1840 (Duke University Press), which examines how the technological pursuit of the perfect silkworm cocoon gave Japanese scientists a practical platform upon which to conduct research in heredity and genetics during the late nineteenth and early twentieth centuries. Her work on the history of genetics and radiation effects has also appeared in publications including Technology & Culture, positions: asia critique, Journal of the History of Biology, and Studies in History and Philosophy of Science Part C: Studies in History and Philosophy of Biological and Biomedical Sciences. 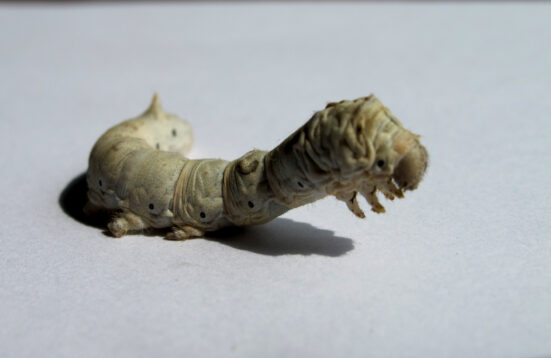 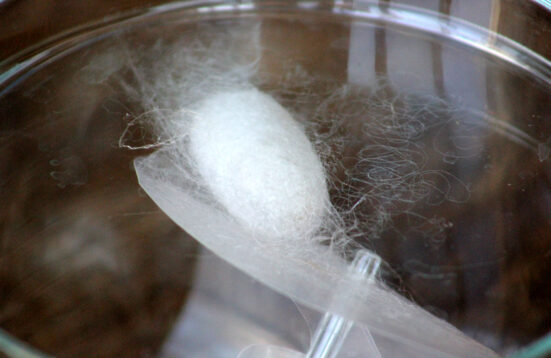 The Silkworm Project Workshop gives insight into the artistic research and practice by Vivian Xu and offers a hands-on part, based on the artist’s at ALB of the same name. Participants were each given silkworms to take home and raise, hand-reared by the artist in Berlin. 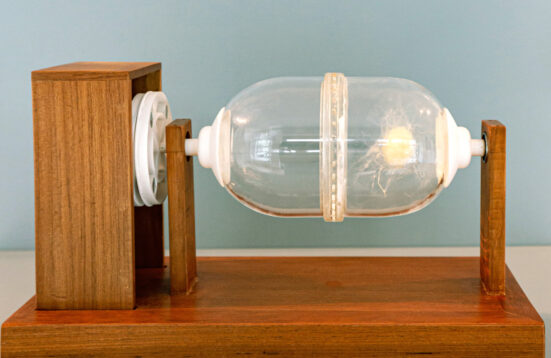 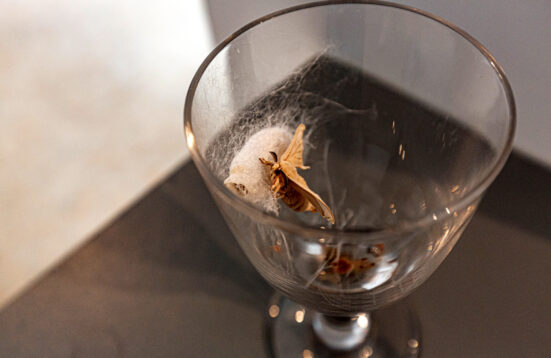 The artist explores silkworms to design hybrid machines capable of producing self-organised 2D and 3D silk structures. Xu developed cybernetic devices based on both biological and computer-controlled logic to understand how far the behaviour of insects can serve as a foundation for technological design. 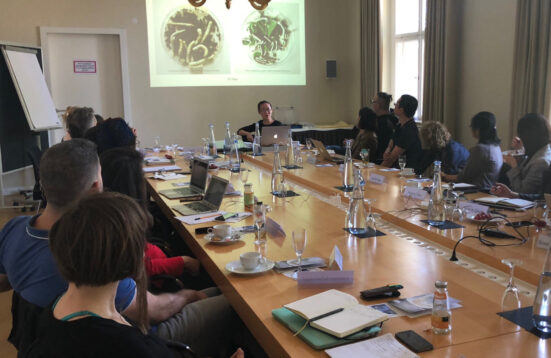 This one-day symposium discusses how the lens of contemporary art can engage with the genre of the agricultural treatises and manuals that have long attracted the attention of scholars in the history of science.