Synaesthesia / 4: Translating, Correcting, Archiving presents works by Eva-Maria Bolz, Ditte Lyngkær Pedersen, and Andy Holtin. The exhibition devotes itself to selected artistic strategies for decoding the phenomenon of synaesthesia. It is significant that all three artists experience different forms of synaesthetic perception.

The term “synaesthesia”, from the Greek “aisthesis” (“Sensation”, “sensory impression”) and “syn” (“together”) means the experience of two or more sensory impressions at the same time. In most cases it is a visual sensation evoked by auditory stimuli. In contemporary art, there is a strikingly strong interest in the coupling of the senses. This should come as no surprise: our daily life in recent years has been subject to ever more multimedia and multisensory experiences (e.g. the latest technological developments in the field of communication). 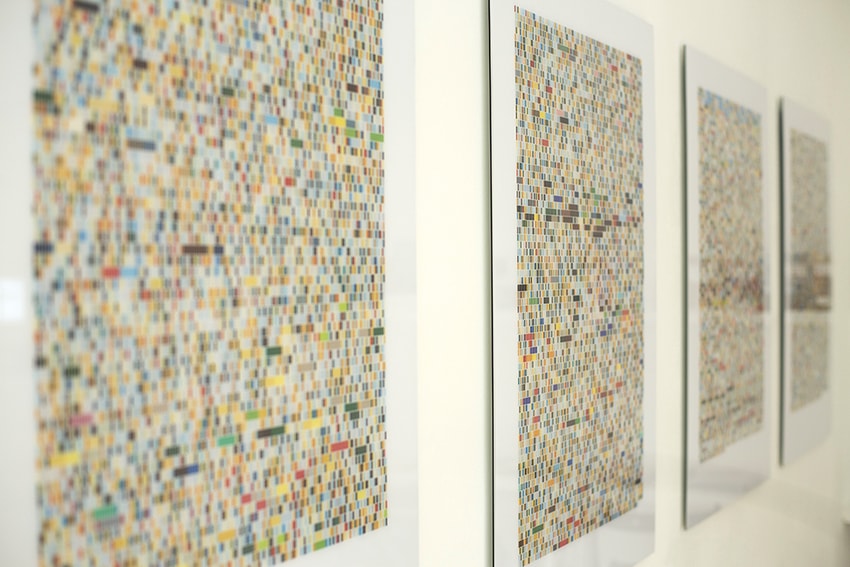 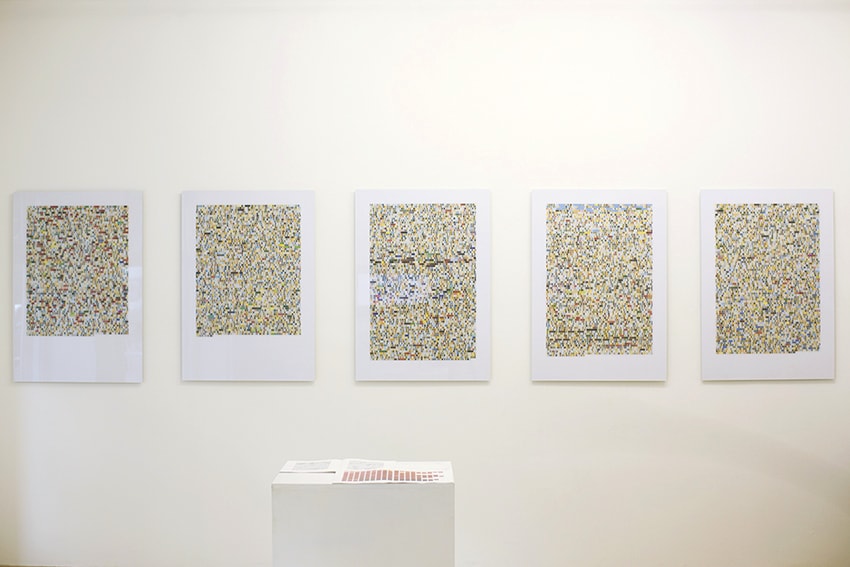 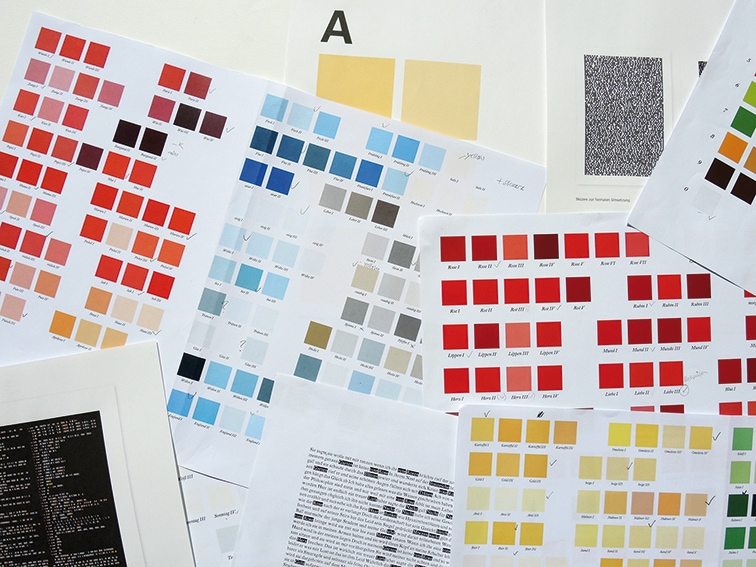 The work of the Berlin artist and grapheme synaesthete Eva-Maria Bolz is dedicated to an exploration of the relationship between colour, text and perception. Due to her grapheme synaesthesia she feels an unchanging association of colours to numbers, letters, as well as whole words. Perception becomes a filter through which letters, words – text in itself – are translated into colours and transformed from a set of well-known characters into a message that can be detected by means of a particular synaesthetic sensibility. Her project Der Innere Monitor follows her perception that colours and letters form a specific code through which a text can be translated into blocks of colour. Each letter corresponds to a specific colour. The artist deliberately uses texts that contain intense colour descriptions, such as Oscar Wilde’s The Rose and the Nightingale. In the exhibition Bolz presents five selected texts in the form of large colour plates, further explained in her artist book. 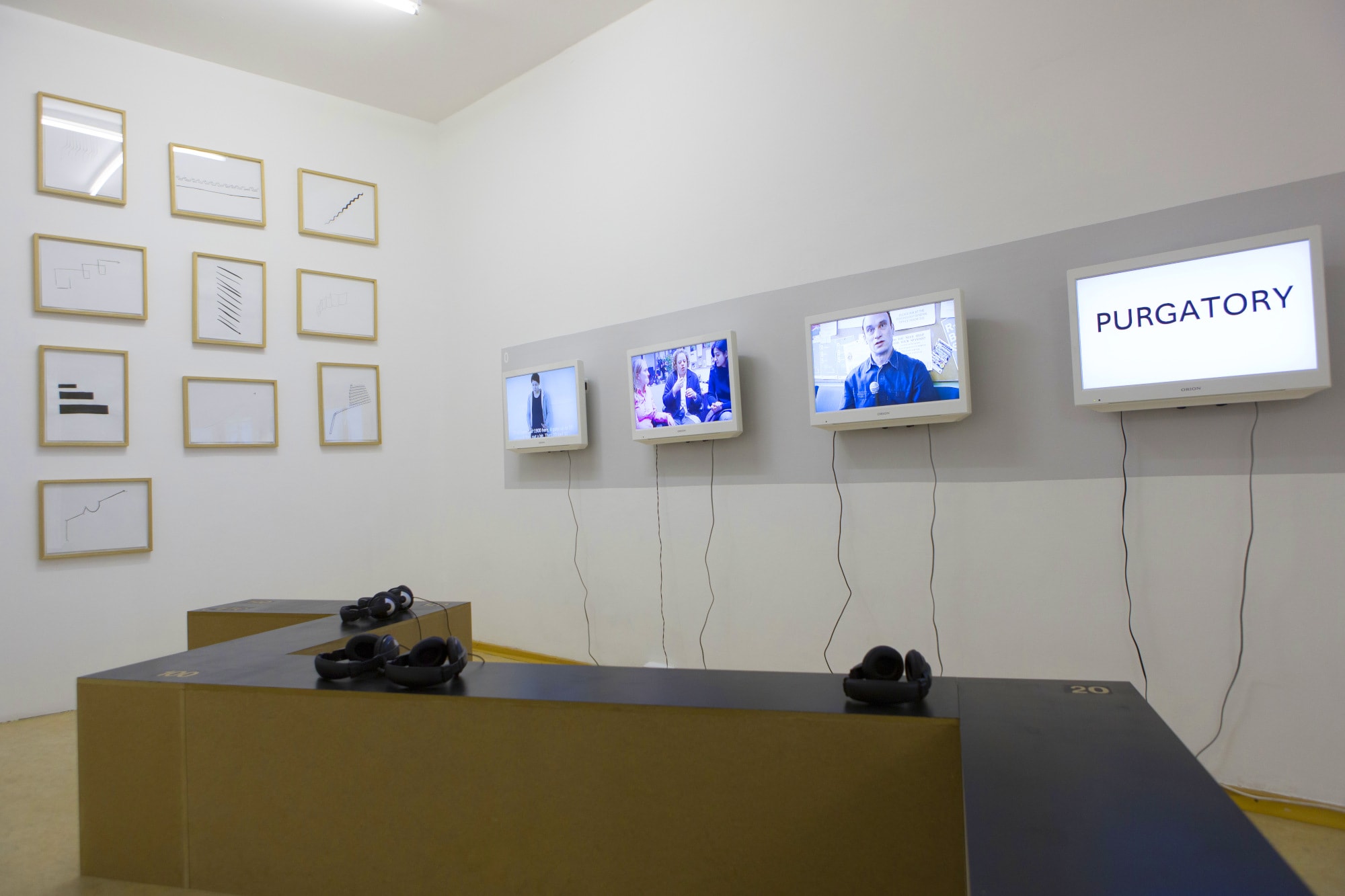 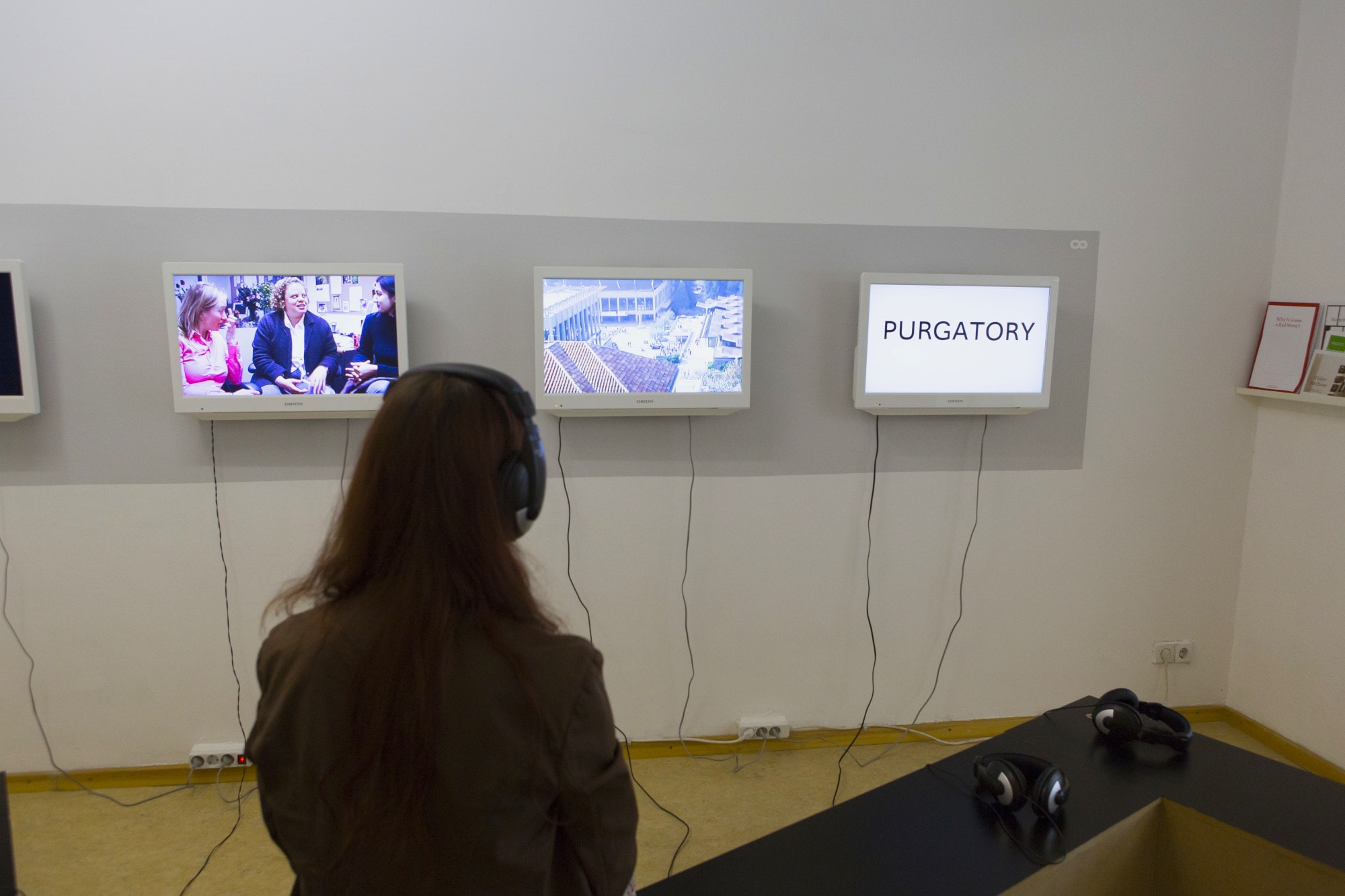 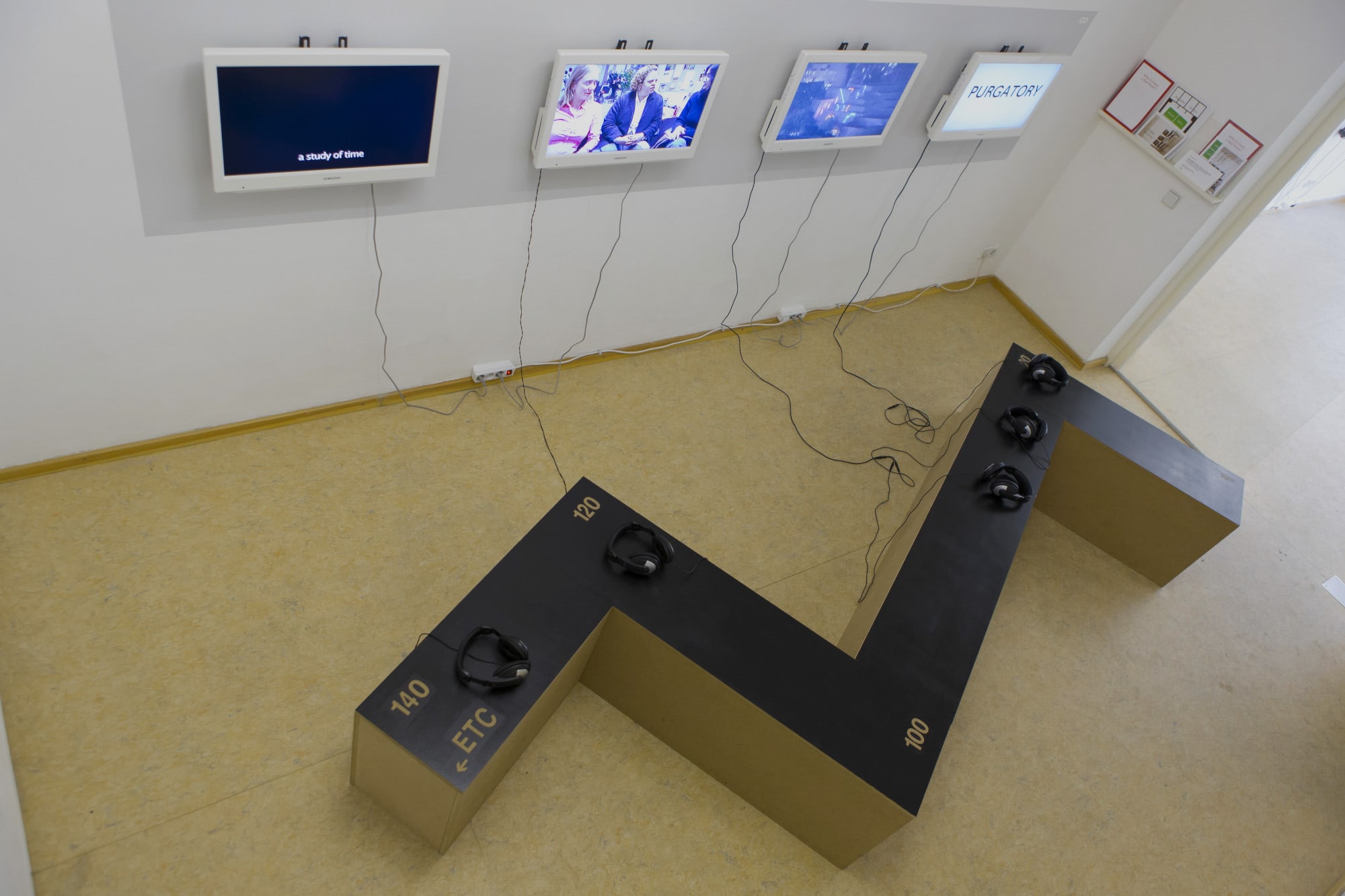 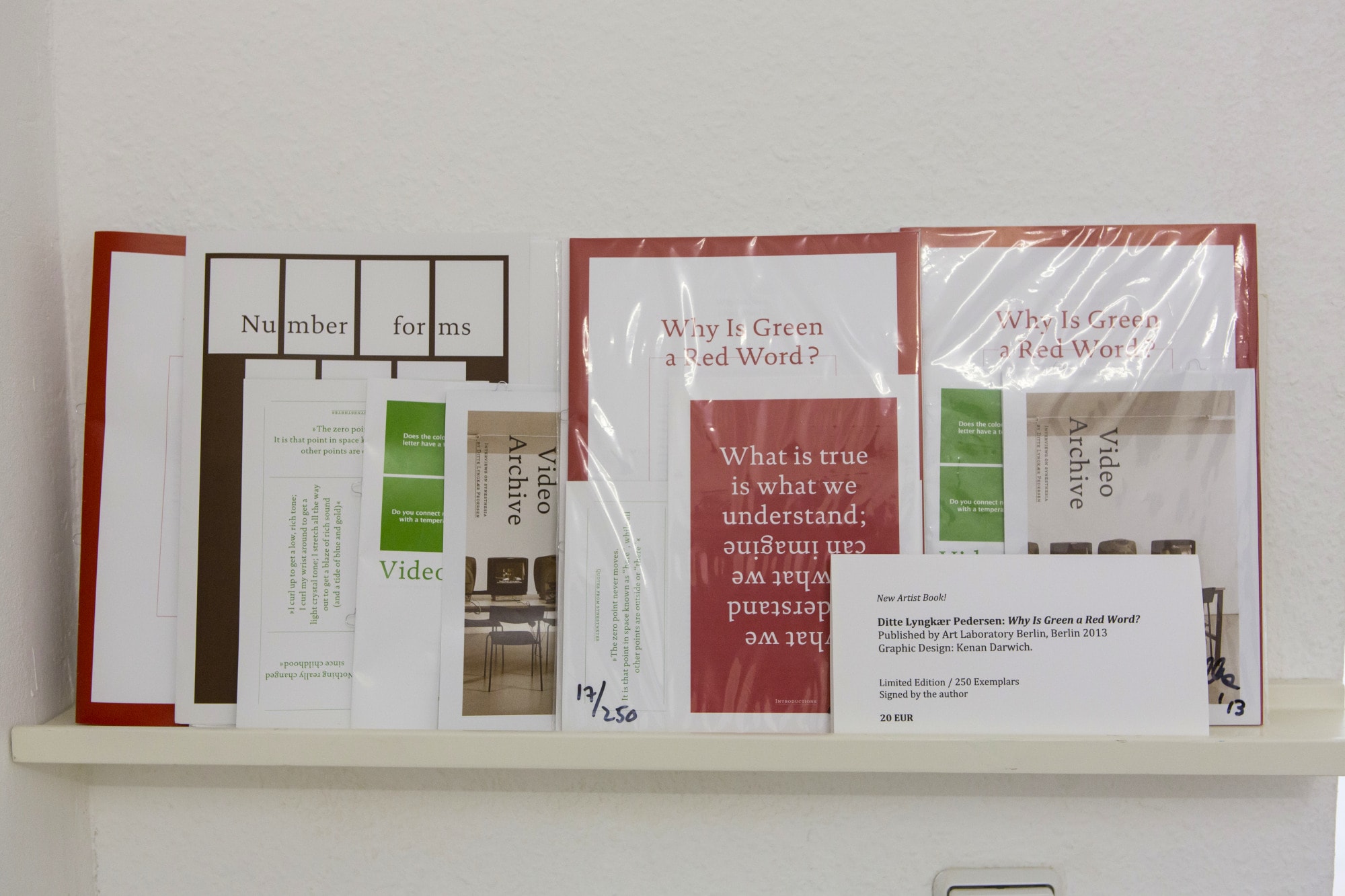 Since 2003, Ditte Lyngkær Pedersen, herself a synaesthete,has created an extensive video archive of interviews about the multi-sensory perception of synaesthesia that documents the experiences of individuals and at the same time make the unbridgeable gap between this topic and the audience clear. Her project Why Is Green a Red Word? is comprised of interviews with synaesthetes and scientists, but also includes conceptual video works such as What the Hell does Purgatory Look Like? and drawings depicting the spatial imagination of number forms by different synaesthetes. Contemporaneous with the exhibition opening will be the publication of Ditte Lyngkær Pedersen’s artist book Why Is Green a Red Word?, designed by Kenan Darwich. 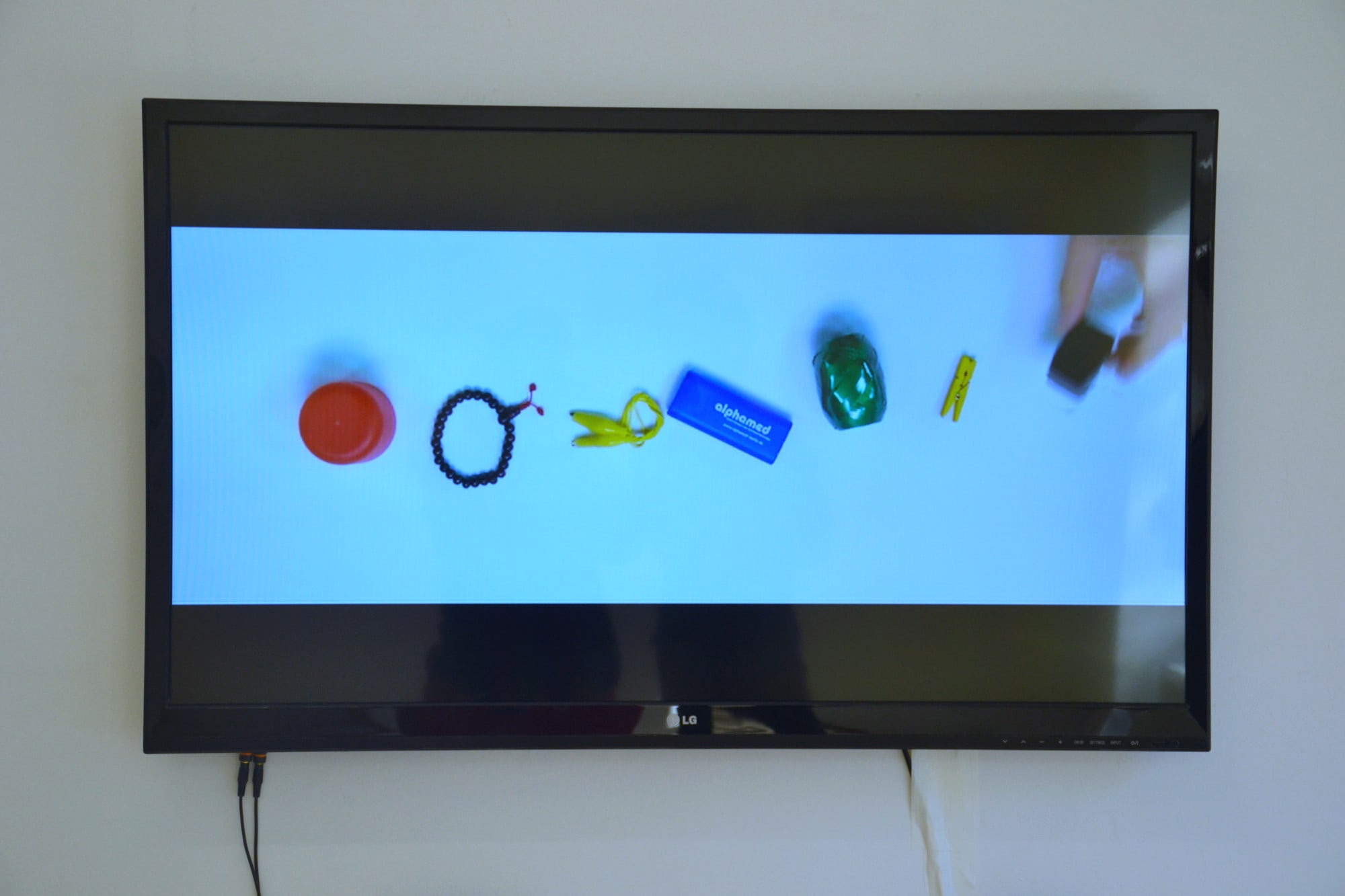 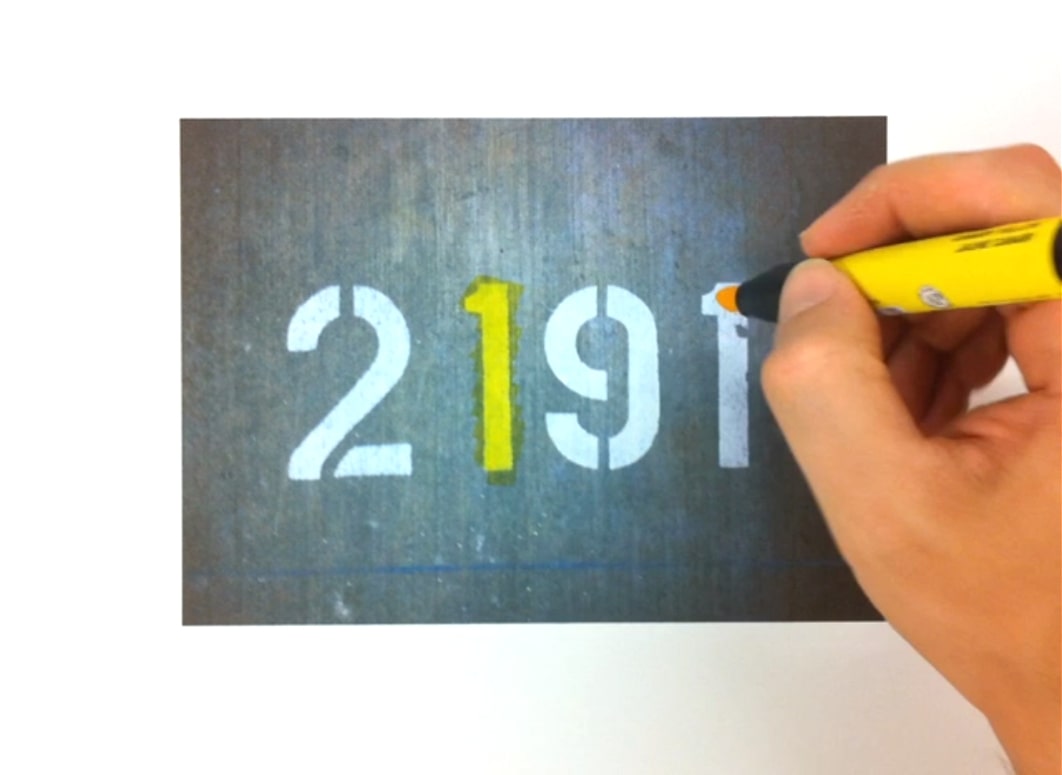 Andy Holtin has grapheme synaesthesia, connected with a particular colour-number association. He sees numbers in specific colours, moreover, this is influenced by a partial red-green colour blindness, affecting certain nuances. In his video Corrections (2009) you can see how a hand colours in the numbers of different signs and nameplates in photographs. Corrections demonstrates the gap between the object and subjective sense perception as well as the personal impressions of the artist himself. By speeding up the video, the act of colouring in appears grotesque as the act of artist’s hand achieves a form of slapstick. In his video Connections (2013) the artist examines the complications he experiences when objects share a colour with a particular number due to Holtin’s individual synaesthetic experience, creating an extended perceptual relationship. 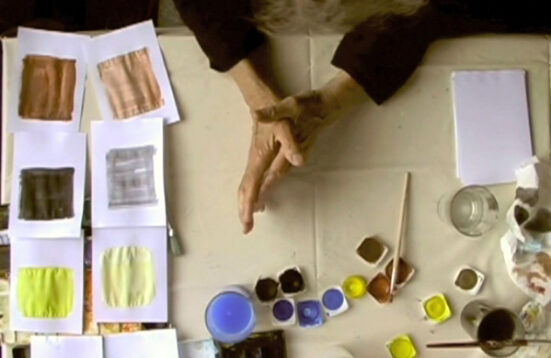 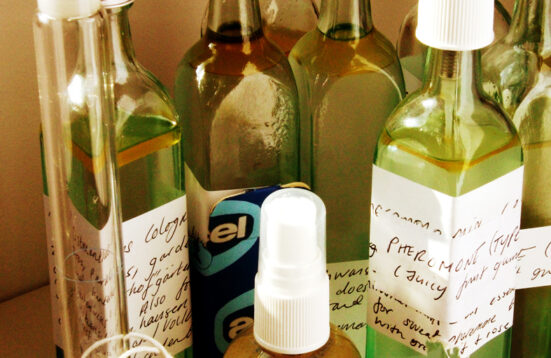 Barbara Ryan’s perceptions of the world are underpinned by her polymodal synaesthesia which in turn forms the foundation of her artistic work. The work of Annette Stahmer revolves around language, the relationship between voice and writing, palimpsests and synaesthesia. 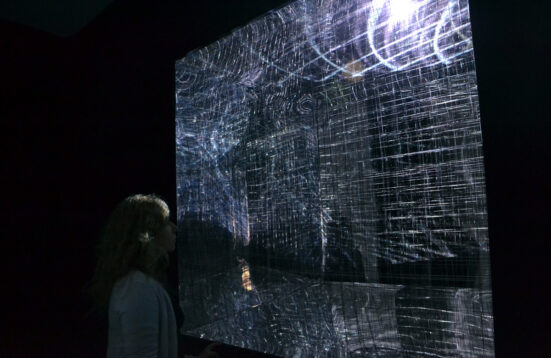 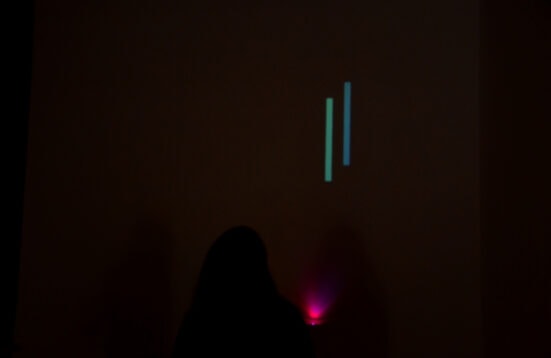 Inquiries into the nature of Space and Perception are the basis of Art Laboratory Berlin’s second exhibition in the Synaesthesia series. Synaesthesia, the experience of two or more sensory impressionsat the same time, is both an artistic paradigm and neurological phenomenon. 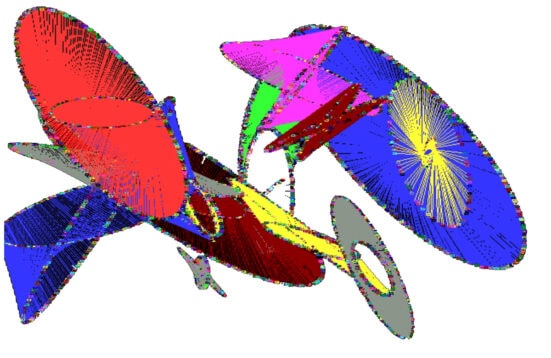 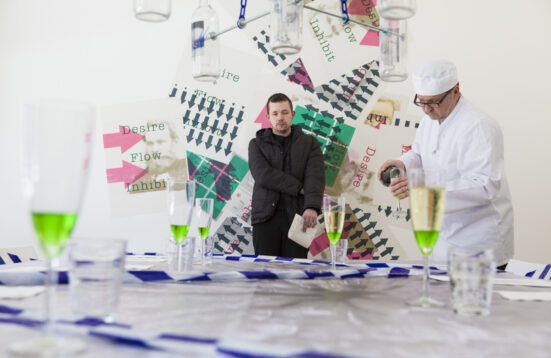 History of the Senses deals with the phenomenon of synaesthesia from the point of view of art and media history. The two artistic positions refer back to different movements from the 20th Century giving the four-part exhibition series on synaesthesia a historical component