This 2-day workshop is a participatory experiment on art, performance and biology that precedes the exhibition Nonhuman Networks. The project invites the participants to view the city of Berlin by the nonhuman perspectives of the intelligent single-cell organism, the slime mould, Physarum polycephalum and GPS tracking.

The slime mould is a bright yellow amoeba that possesses primitive intelligence, problem solving skills and memory. It is highly efficient at forming networks between given points and has been used to map the worlds’ transport networks, migration routes and desire paths, most notably in 2010 it accurately replicated the Tokyo rail network. It is also quite beautiful, the branching patterns reminiscent of forms seen at varying scales within nature, from blood vessels to tree branches, from river deltas to lightening flashes. It can learn about its environment, remember where it’s been and navigate through complex territories – all without any sensory organs and no brain.

Using the historical and contemporary topography of Berlin as inspiration, we propose a series of experiments and activities, which explore collective communication, cooperation and navigation at different scales – in slime mould and in humans! The events are designed to complement the exhibition Nonhuman Networks at Art Laboratory Berlin (opening 29 September, 2017), exploring the network ability of simple organisms, such as slime mould and mycelium.

These organisms offer intriguing models to examine collective behaviours: how ideas spread, how group decisions are made, and how communities cooperate. We want to use the slime mould as a model to look at human systems – urban, social and cultural – exploring how people interact and respond to their environment, how they gather and distribute information. We want to create a platform for exploring alternative ways of seeing and behaving, individually and collectively.

Process
The aim of Swarm | Cell | City is to create the conditions for critical and creative learning to take place, without trying to control the outcomes. By using participatory arts and performance practices to explore the creative potential for bio/social models, we hope to create a collective ‘system of enquiry’ with everyone as co-creators. Through the workshops participants will learn about slime mould intelligence, create annotated maps capturing observations of city exploration, construct experiments for slime mould growth, devise their own city explorations, and engage in collective performance experimentation.

The origins of the creative exploration will derive from self-organising principles in natural phenomena, for example using stigmergic processes. Stigmergy is a mechanism of indirect coordination, through the environment, between agents or actions. The principle is that a trace left in the environment by one action stimulates the performance of a subsequent action. In this way, actions reinforce and build on each other, leading to the spontaneous emergence of coherent, apparently systematic activity. Ants leave pheromone signals, slime mould leave membranous trails, termites leave mud balls – all communicating to others important information about environmental conditions. We will take these processes as a basis for creative improvisation and communication between humans in an urban environment.

Heather Barnett is an artist, researcher and educator working with natural phenomena and biological design, often in collaboration with scientists, artists, participants and organisms. Utilising living materials and imaging technologies, her practice explores how we observe, represent and understand the world around us. Projects include microbial portraiture, systems modelling, and an ongoing ‘collaboration’ with an intelligent slime mould, Physarum polycephalum. As one of the world’s largest single-celled organisms, the slime mould possesses a skilful ability to solve spatial problems and learn from interactions with its environment.
www.heatherbarnett.co.uk
Heather Barnett: What humans can learn from semi-intelligent slime (TED Talk, Berlin 2014)

plan b is the artist duo Sophia New and Daniel Belasco Rogers. Since 2003 (Daniel) and 2007 (Sophia), plan b have recorded and stored every daily movement using GPS technology. Results of this are presented in festivals, galleries and at http://planbperformance.net. In their performance work, they explore topics such as the dynamics of conversation, singing, confessions and cycling. They also work in the fields of installation, new media, fine art and give workshops. Since the establishment of plan b in 2002, they have developed more than 25 projects, which have been and are to be seen in over 27 cities worldwide.

How Does it Feel Like to be a Slime Mold in Berlin? in labiotech.eu by Clara Rodríguez Fernández published on 16.09.2017 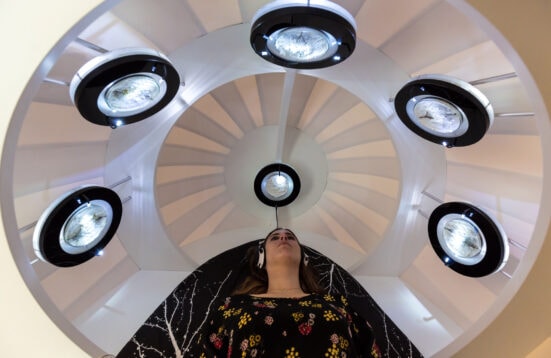 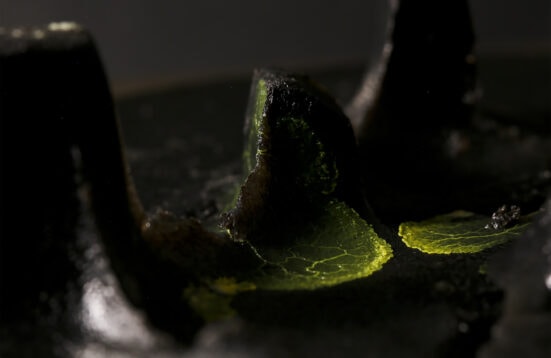 How does the world’s largest single celled creature function as a computer? Can we tap into the so-called ‘Internet of trees’? Performative works act as enablers for the audience to engage in non-linguistic forms of awareness and contact with several deceptively simple life forms. 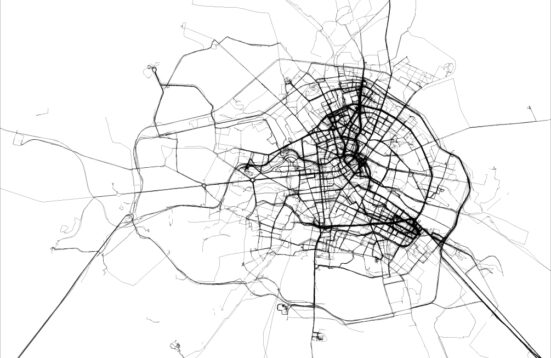 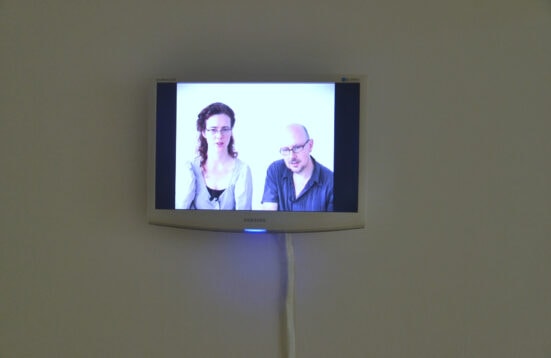 Navigating the Everyday presents works by plan b, the British artist duo Daniel Belasco Rogers and Sophia New. Since 2003 and 2007 respectively, Daniel and Sophia have been recording every journey they make every day using GPS devices. Additionally all areas of their digital communication are evaluated and processed artistically.