As part of her ongoing research Alanna Lynch has been growing the microorganisms that produce kombucha tea. Through the process of fermentation this symbiotic colony of bacteria and yeasts (SCOBY) produces a cellulose material that is slimy and smells strongly while wet and can be dried and used as a textile. However, Lynch’s interest in working with this life form goes beyond the material properties. Throughout this research Lynch has been actively consuming the microorganisms by drinking the tea. Given that about half of the cells in the human body are bacterial cells and acknowledging the microbiome-gut-brain axis whereby bacteria in the gut have been shown to effect the mind, how people think, feel and even behave, bacteria can be seen as radical in the potential it has to challenge categories such as subject/object, mind/body and human/non-human. 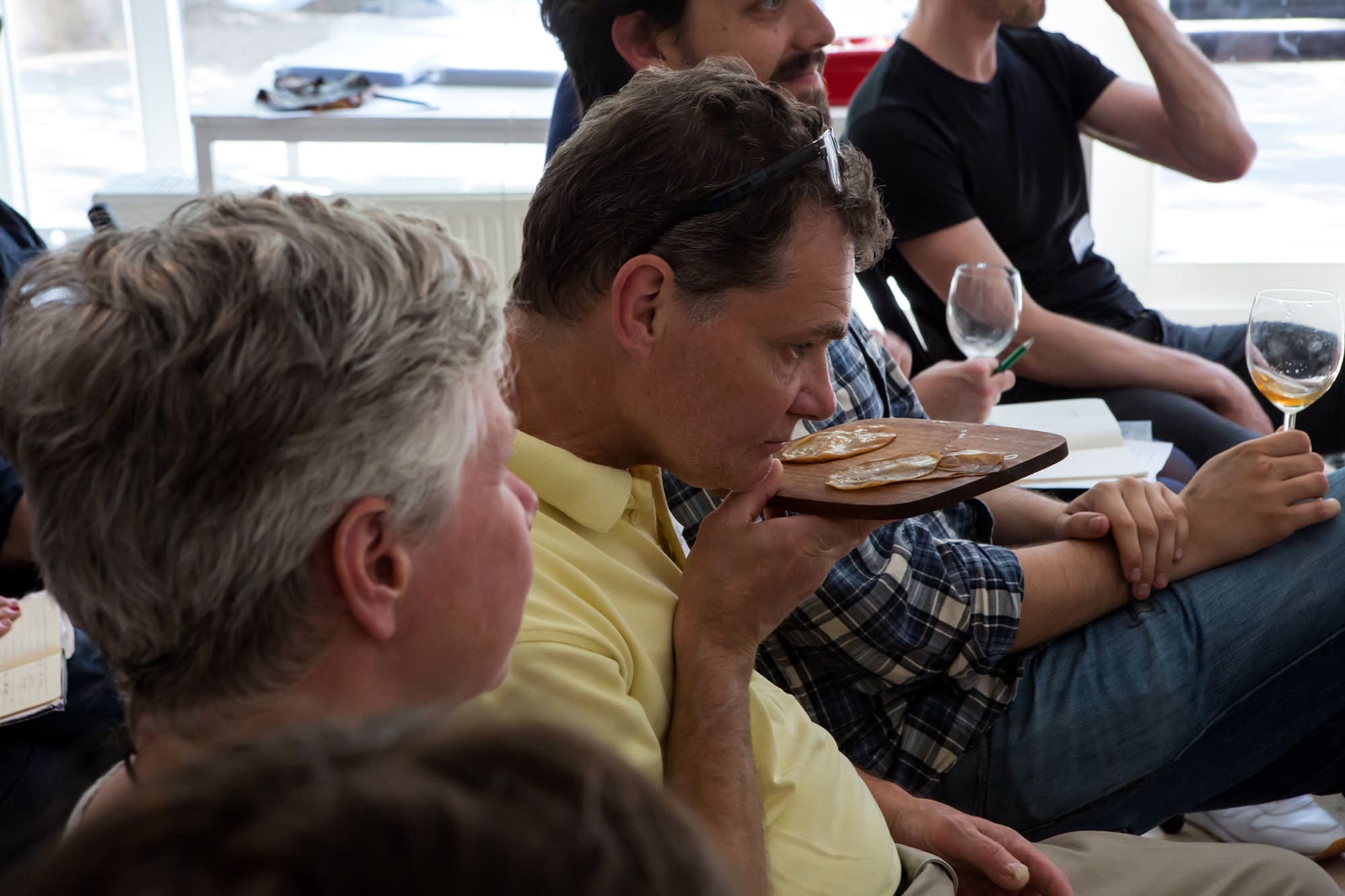 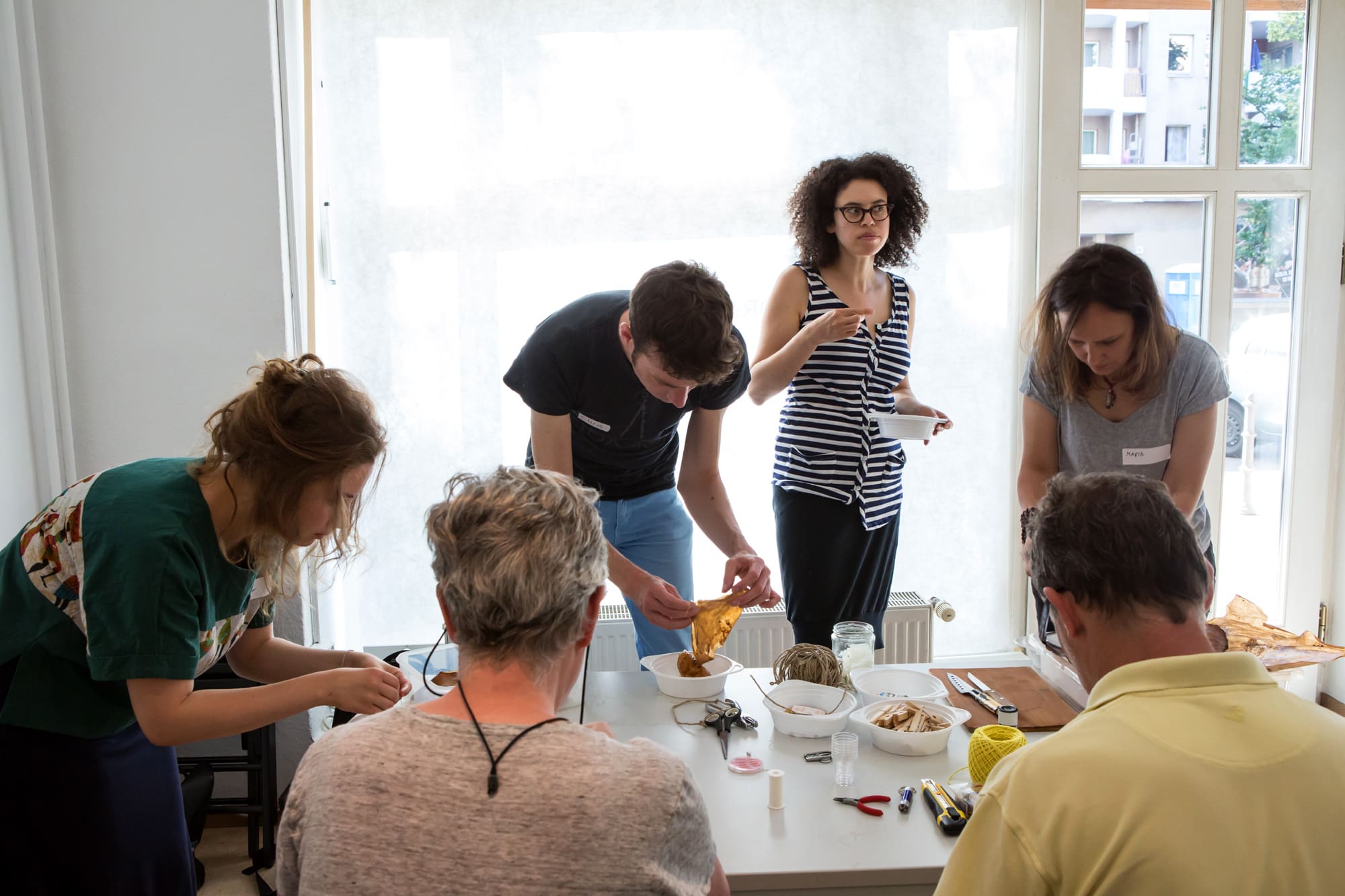 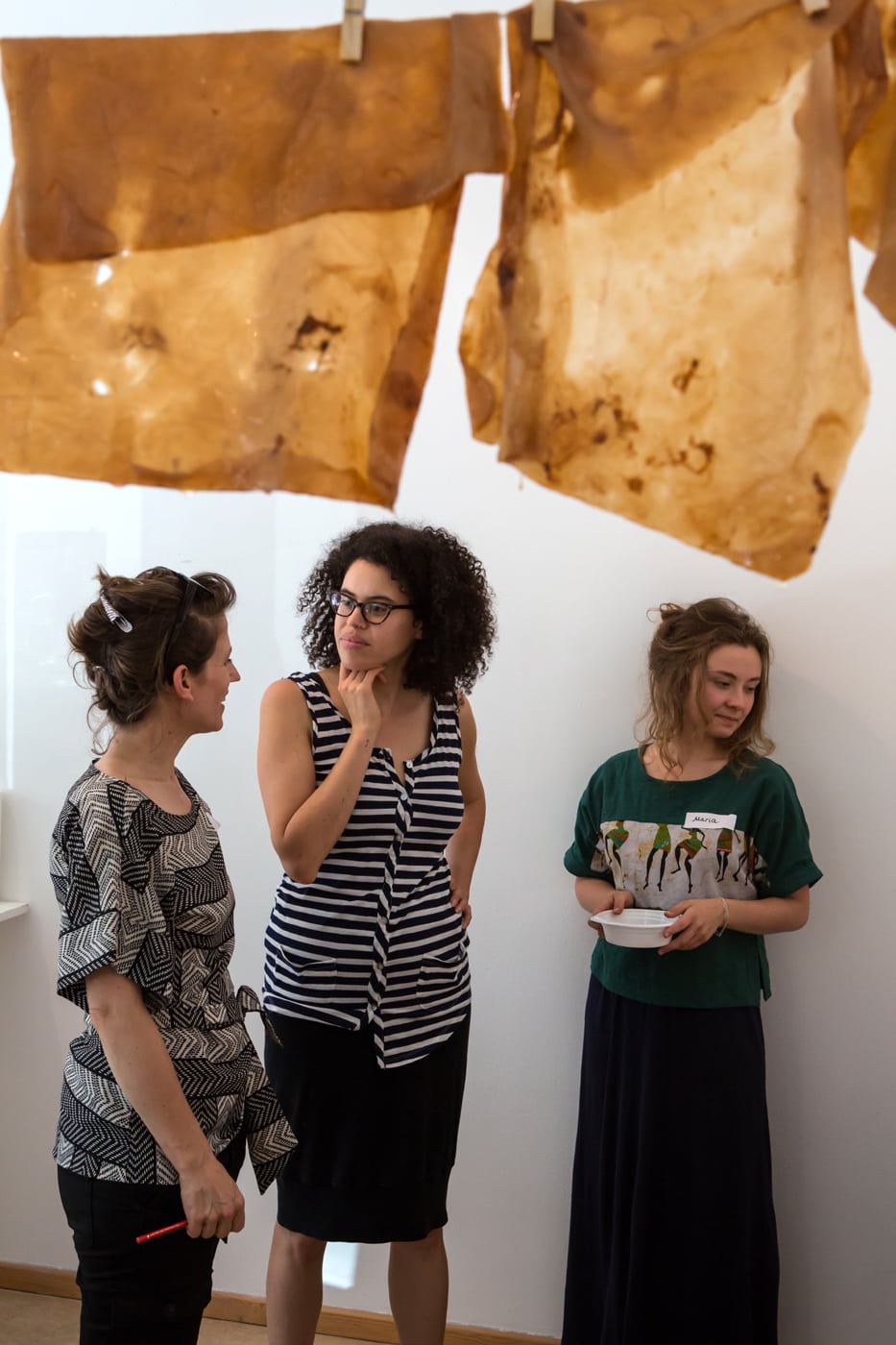 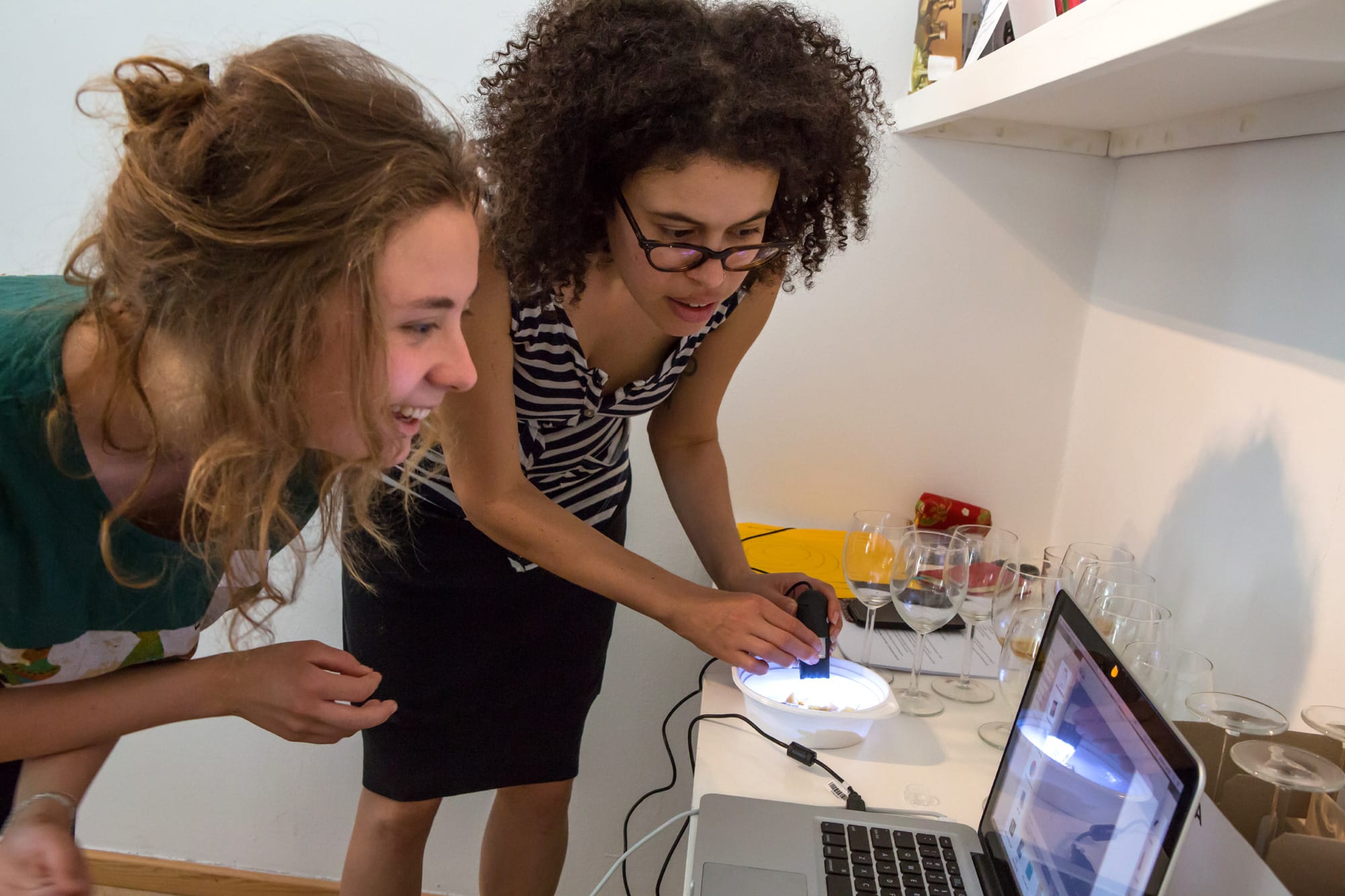 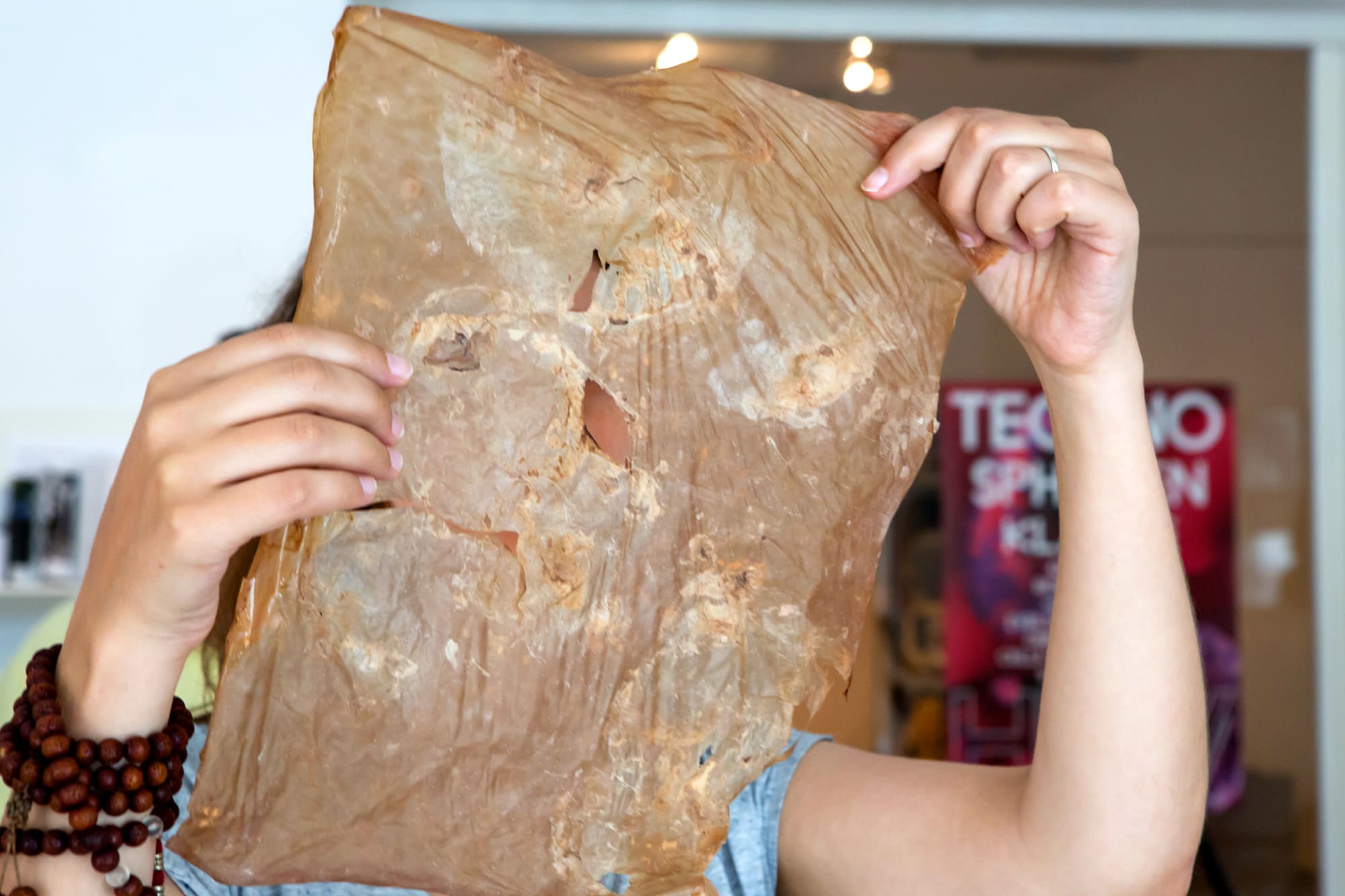 Lynch presents her research in the form of a performative lecture and workshop, a format that reflects the interdisciplinarity of the content. She discusses theoretical issues including notions of subjectivity and agency while serving the kombucha drink to participants. In this way they become physically implicated in the work. The lecture not only presents facts and ideas but make use of a strong affective dimension. The workshop explores the aesthetic and sensory properties of the SCOBY in a hands-on session that will get wet and messy. A strong focus in the performance is on the smell and the substance in relation to our bodies, both inside and out. At the end participants get a sample to take home, where they can continue to grow it on their own, making the substance literally contagious. 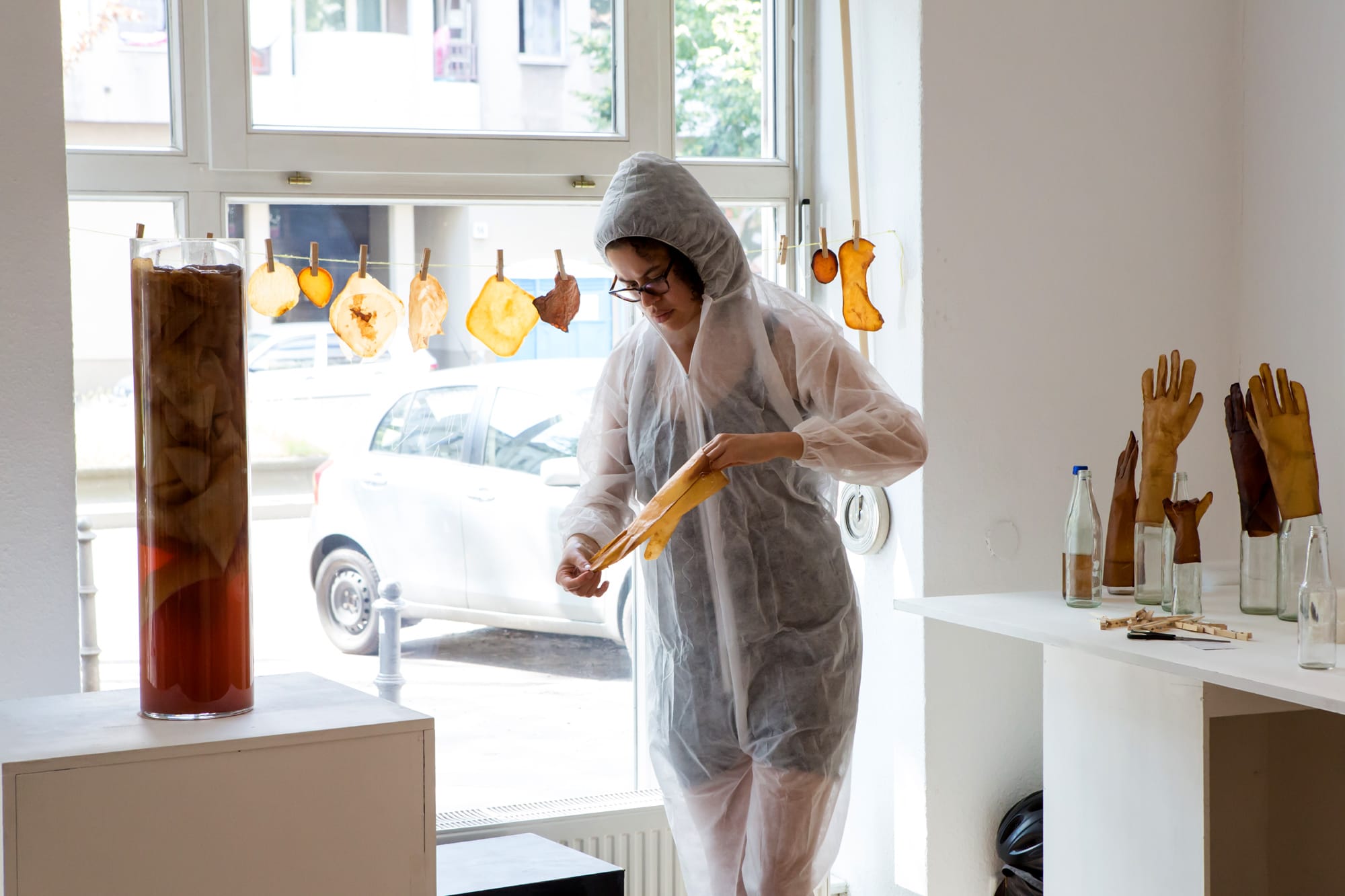 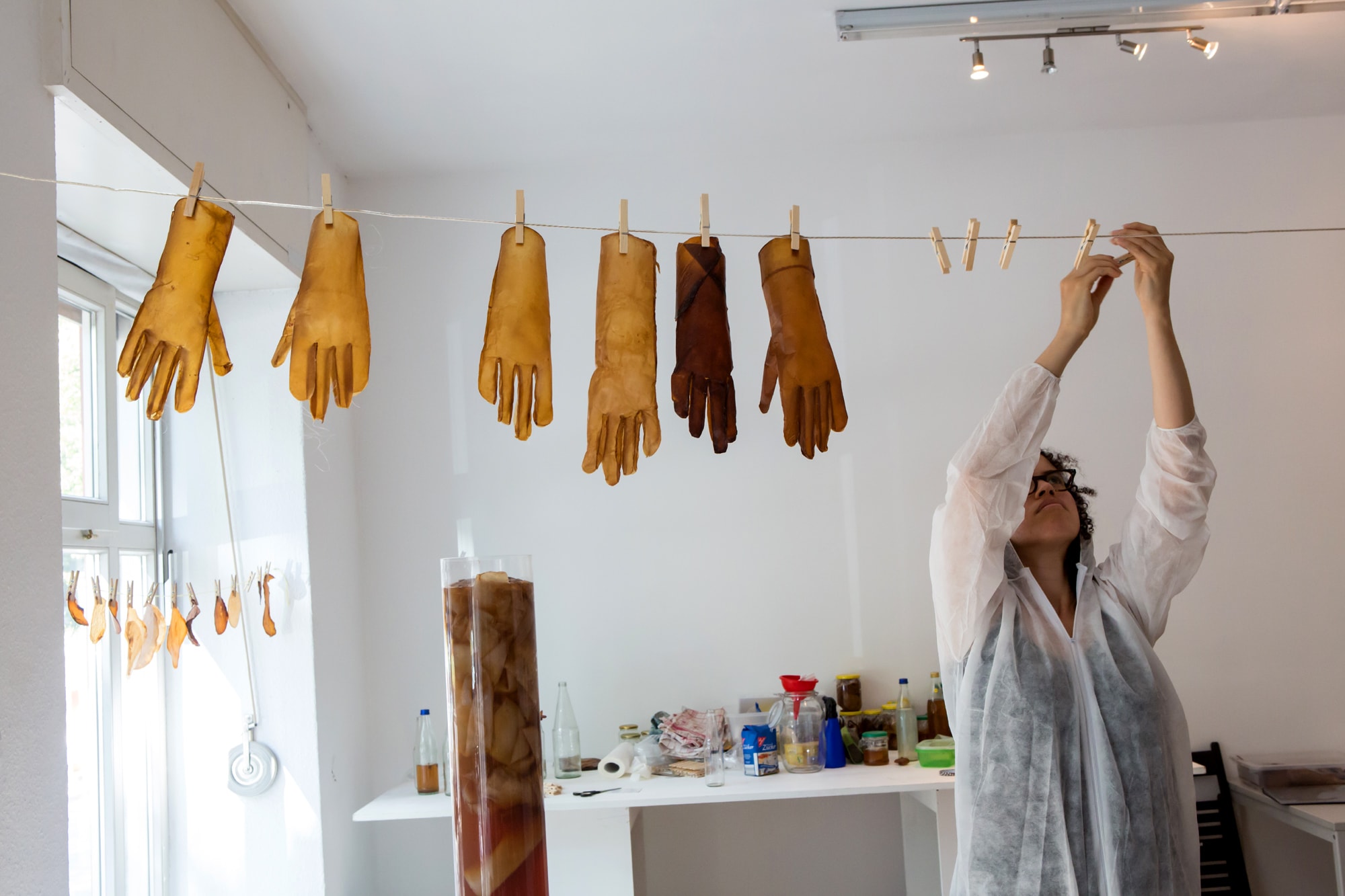 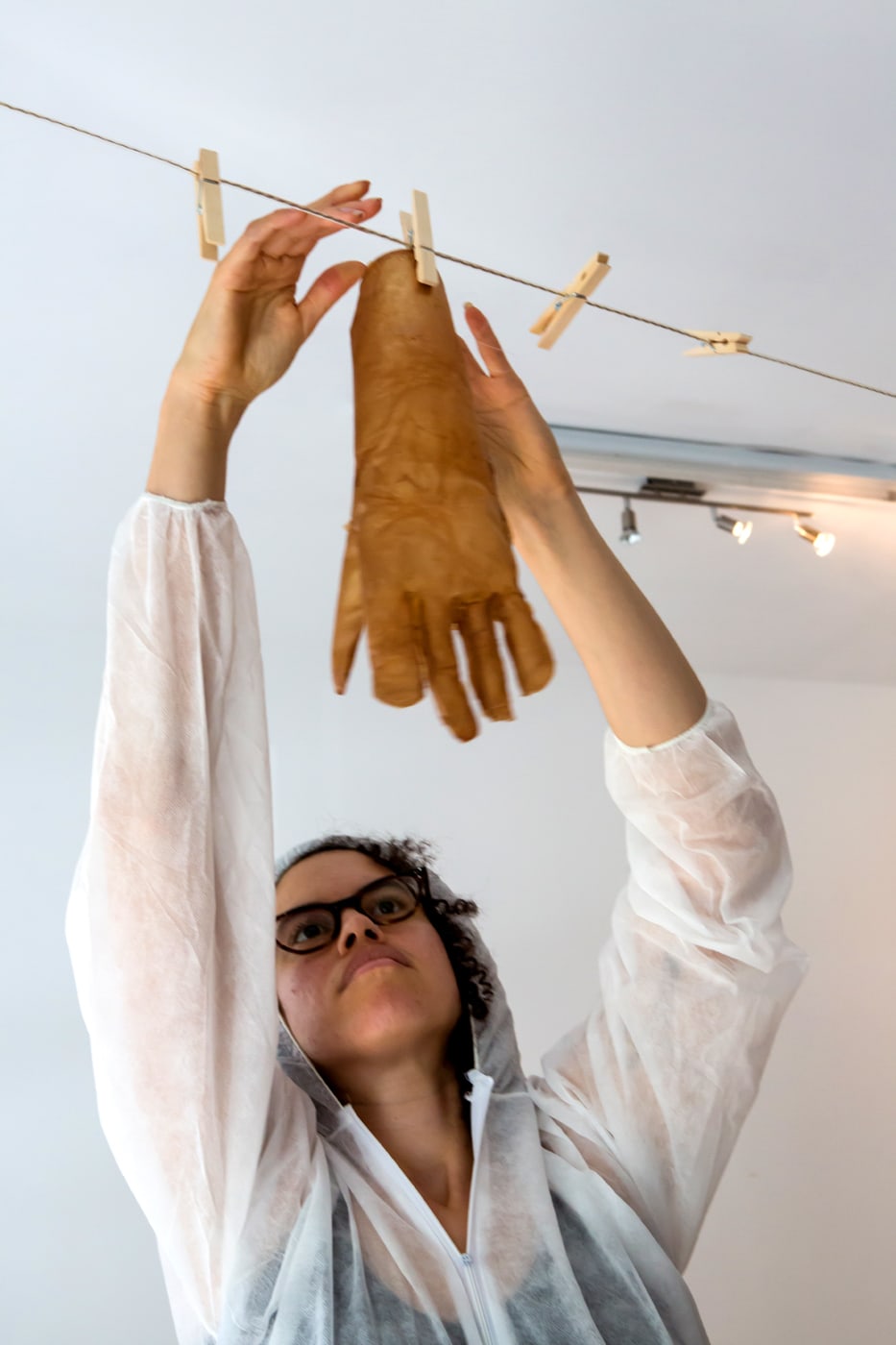 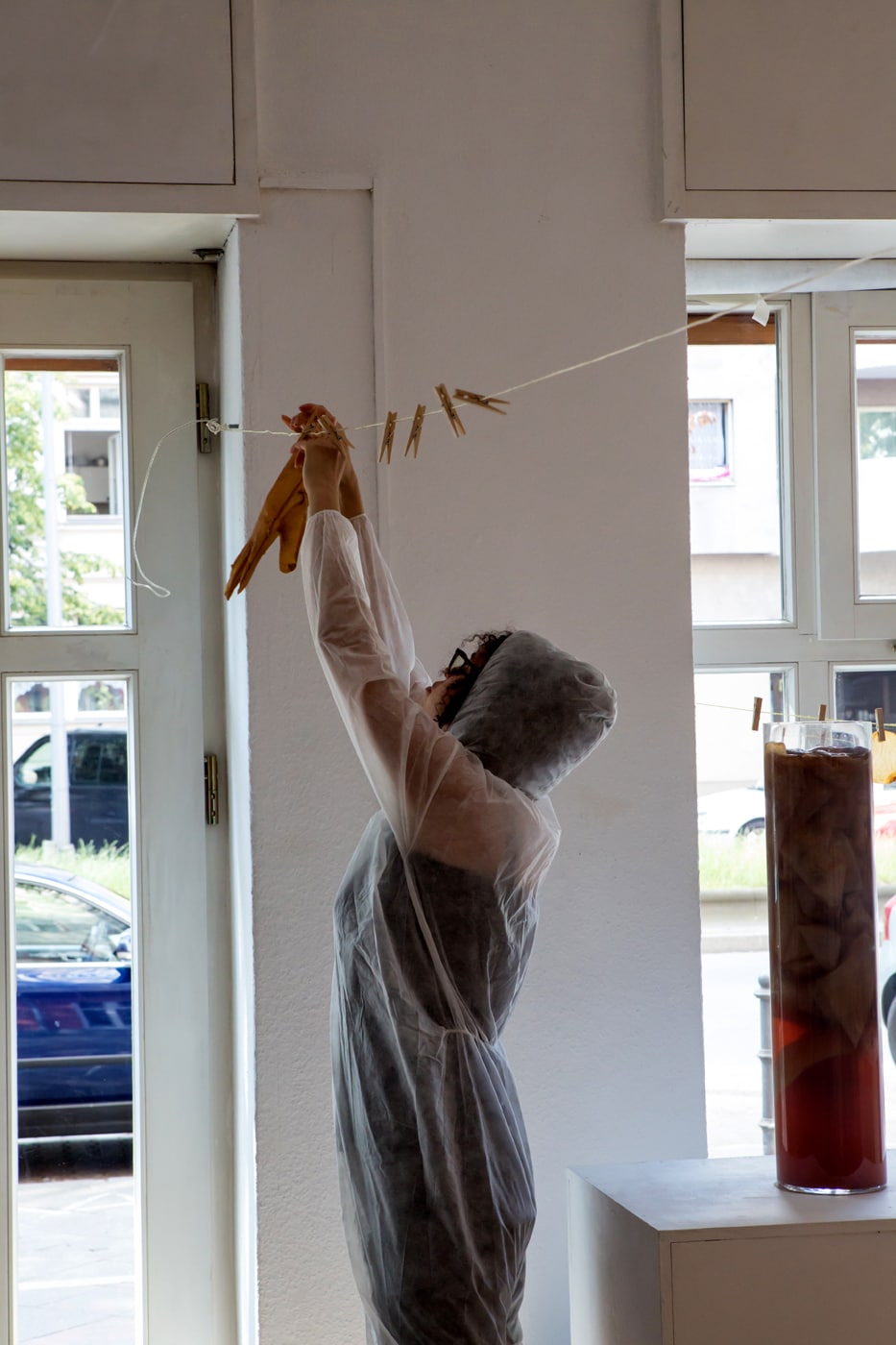 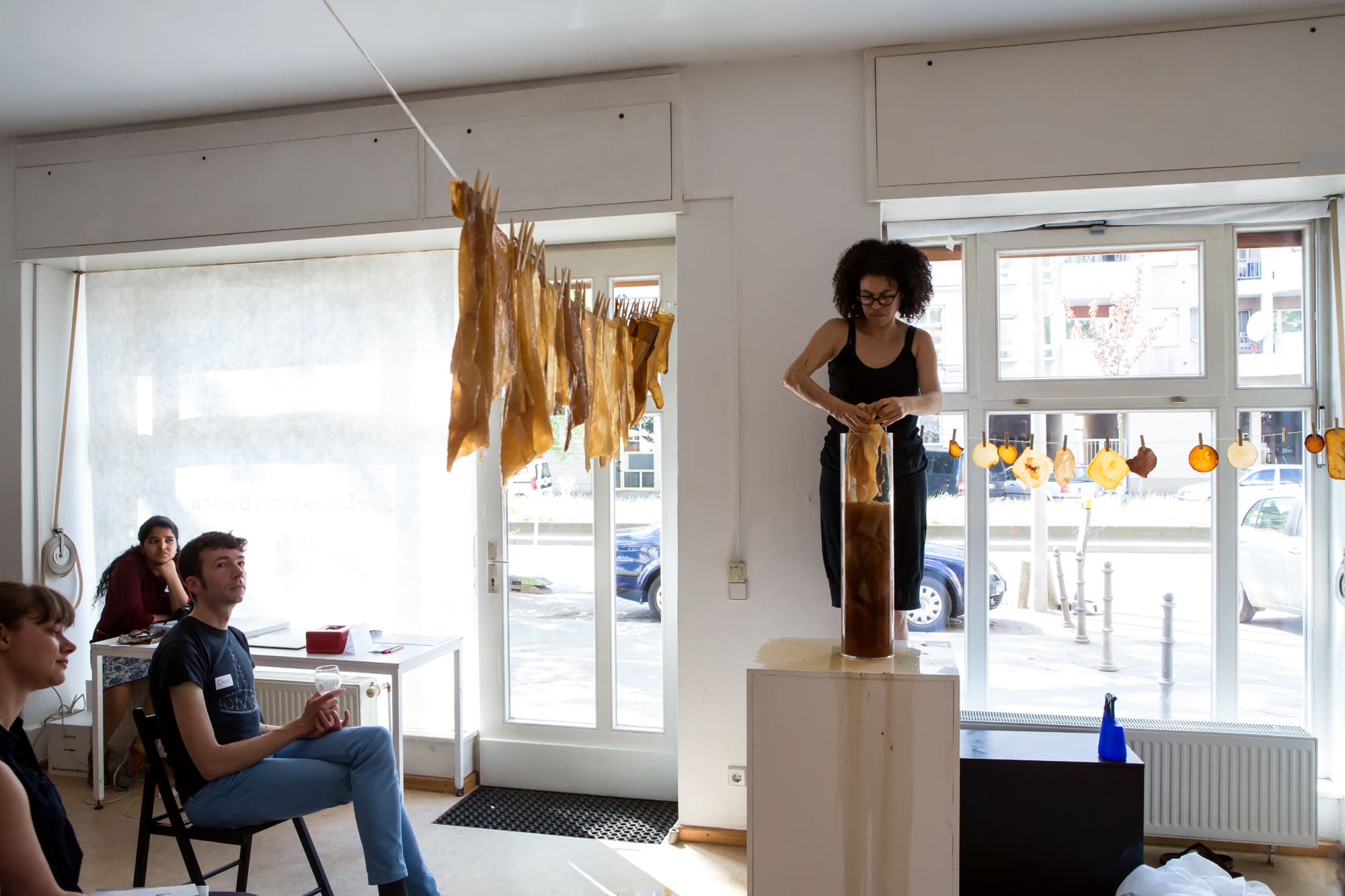 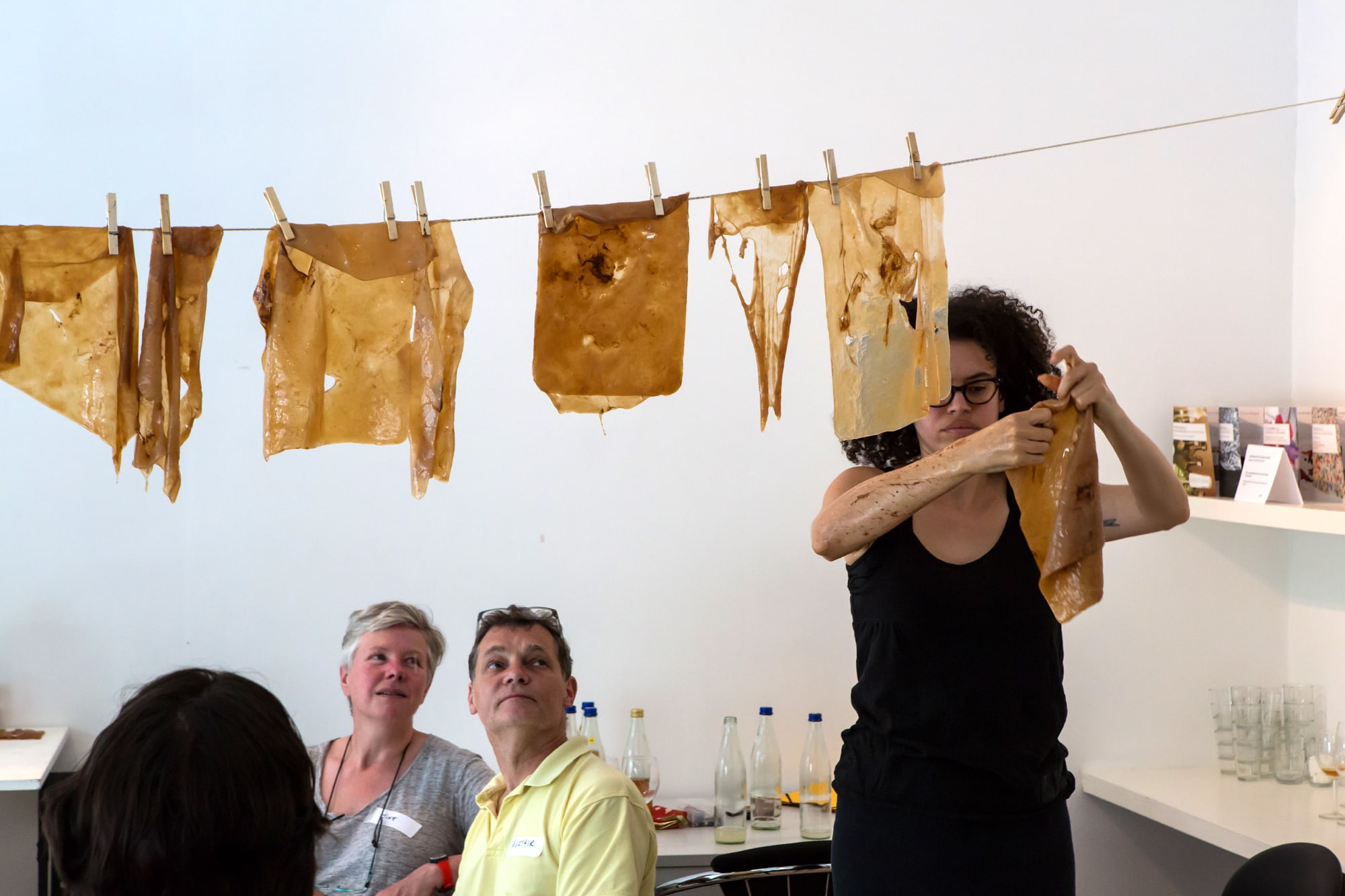 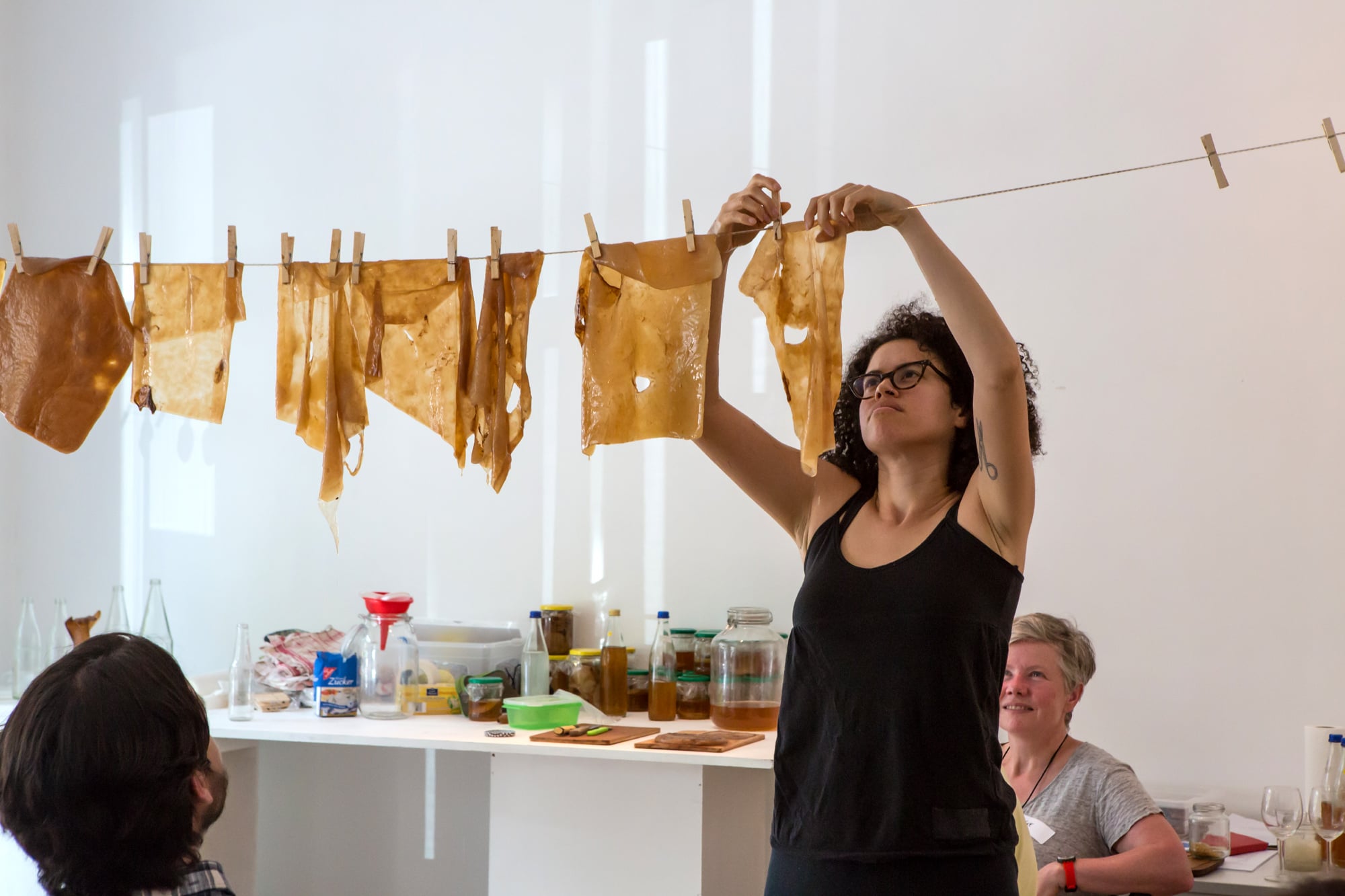 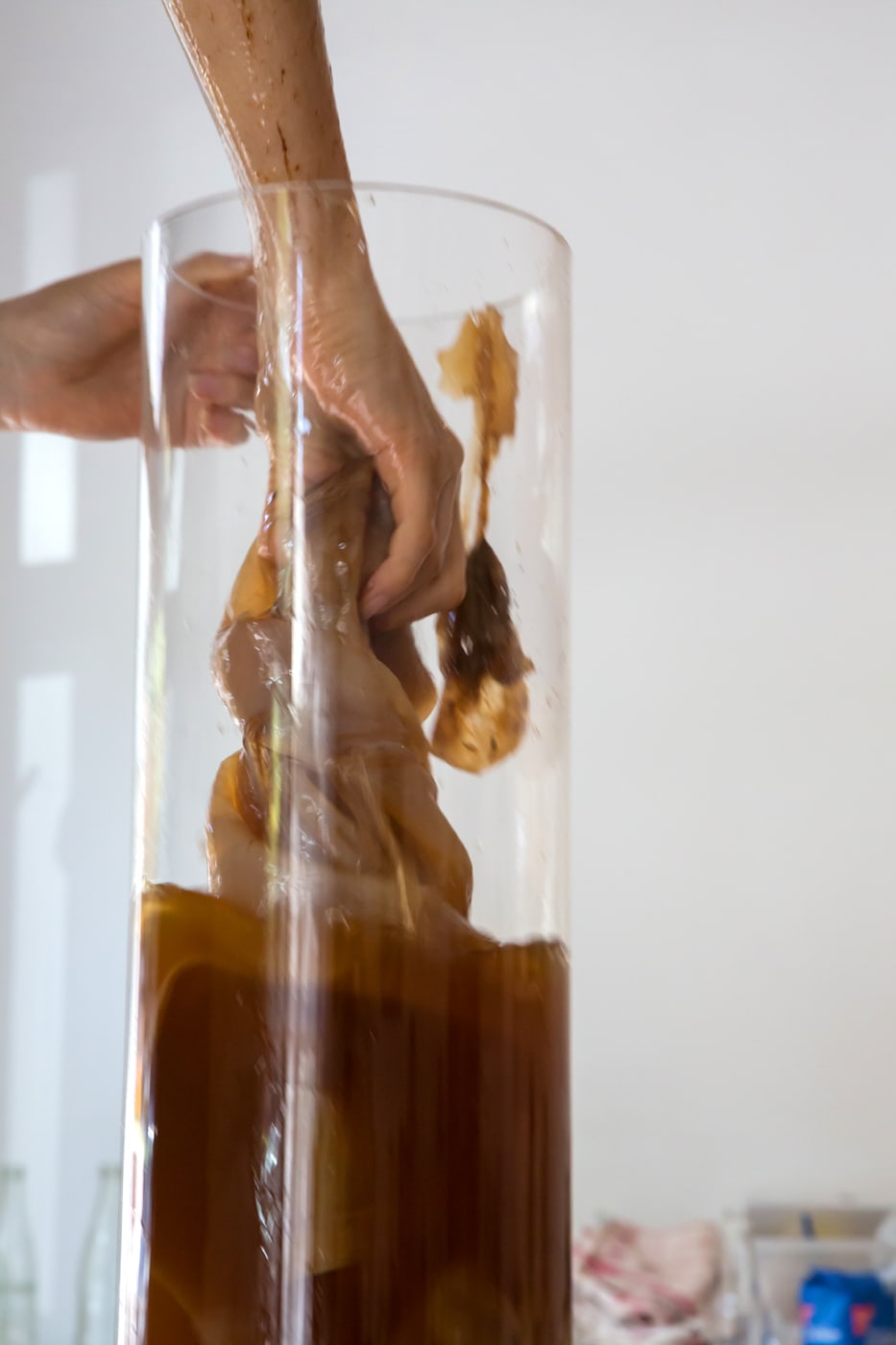 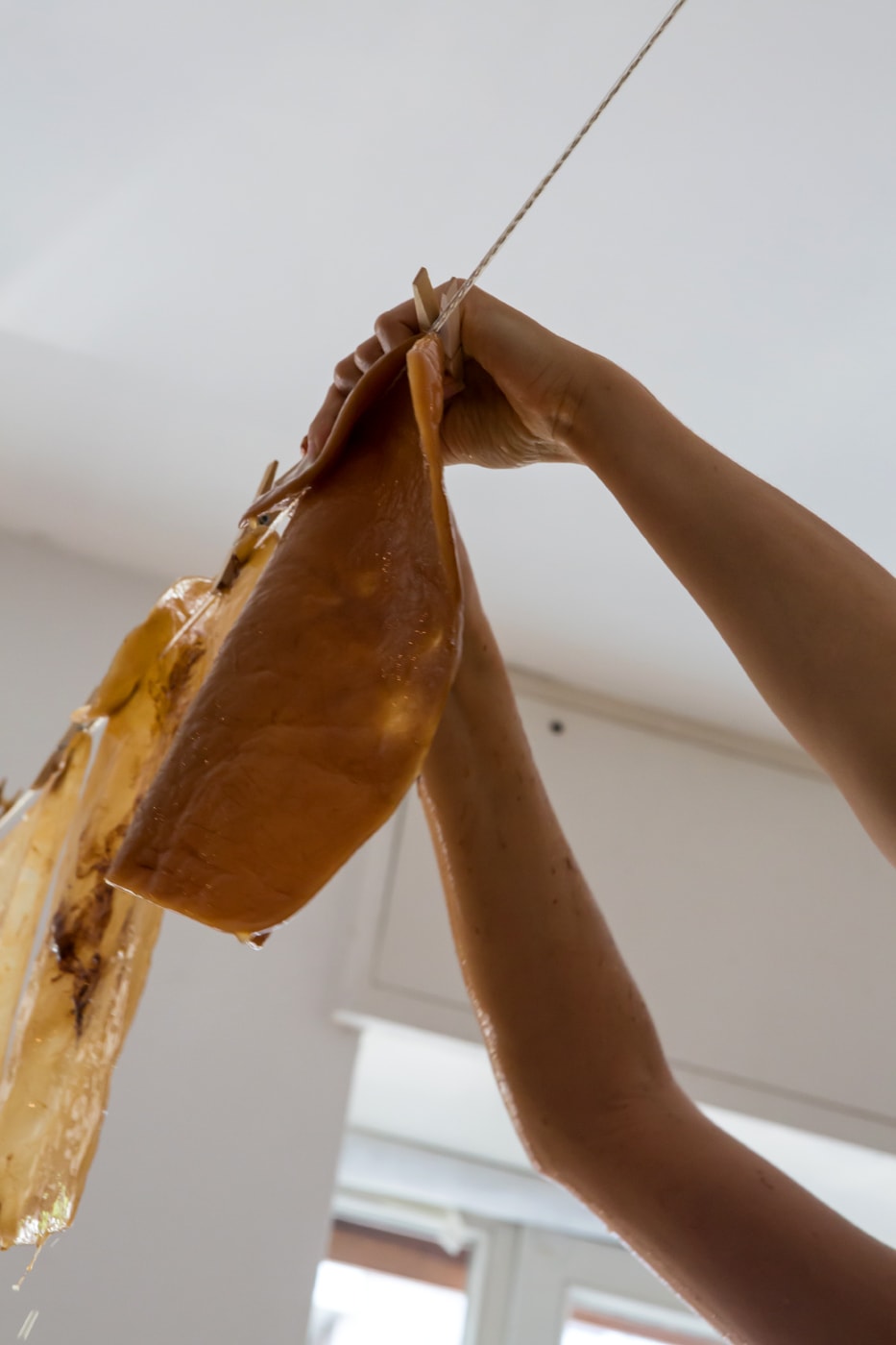 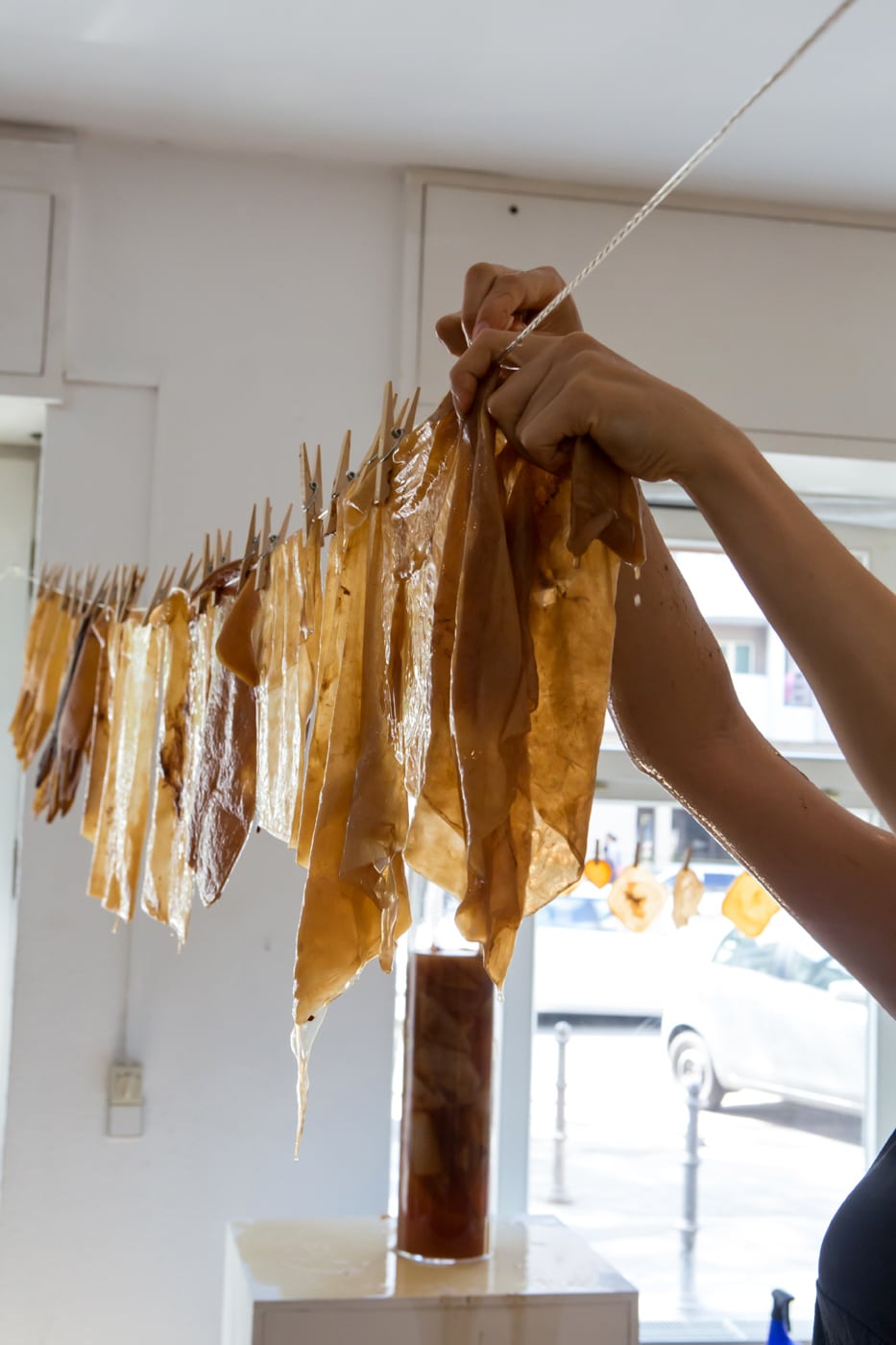 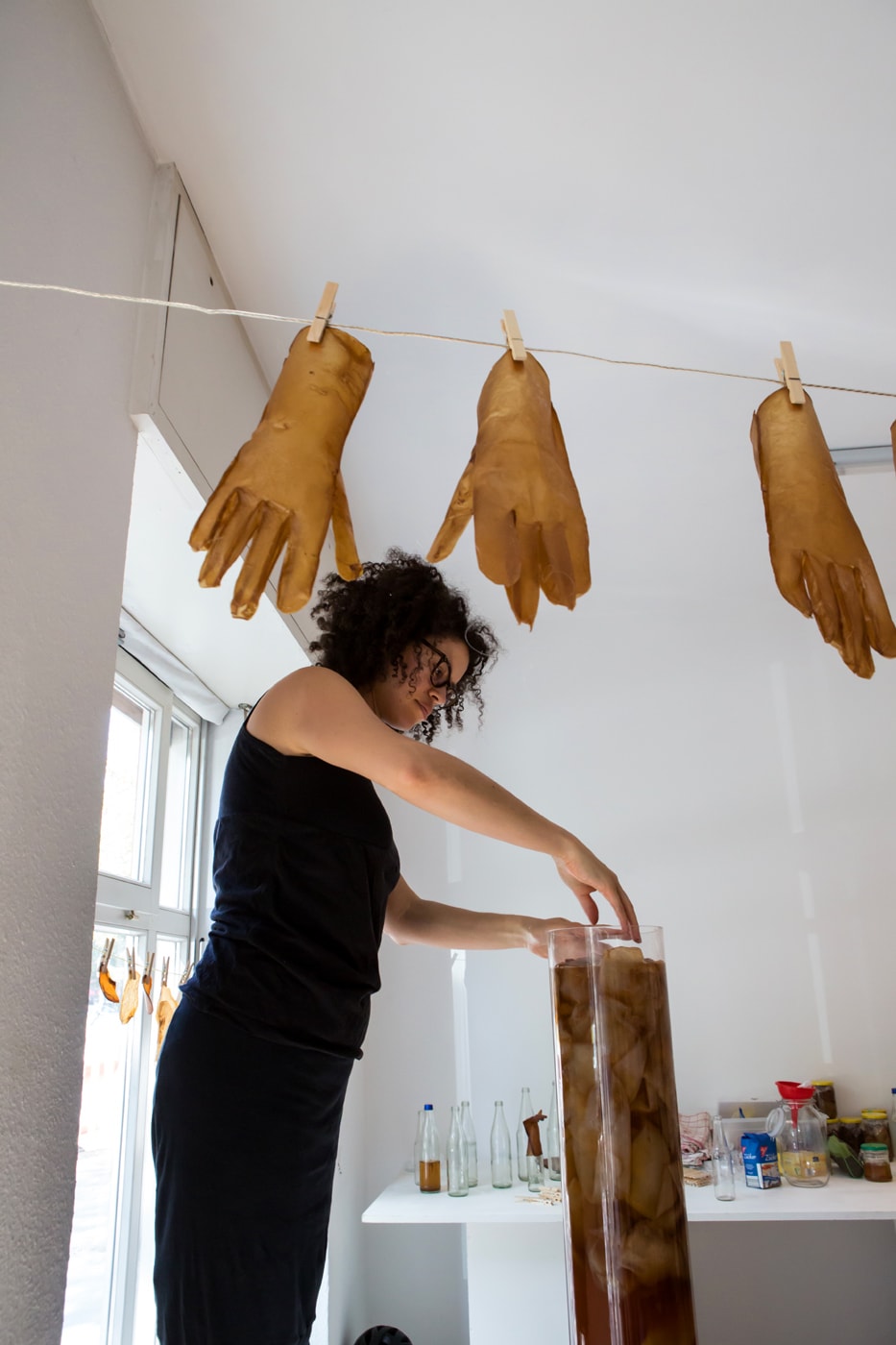 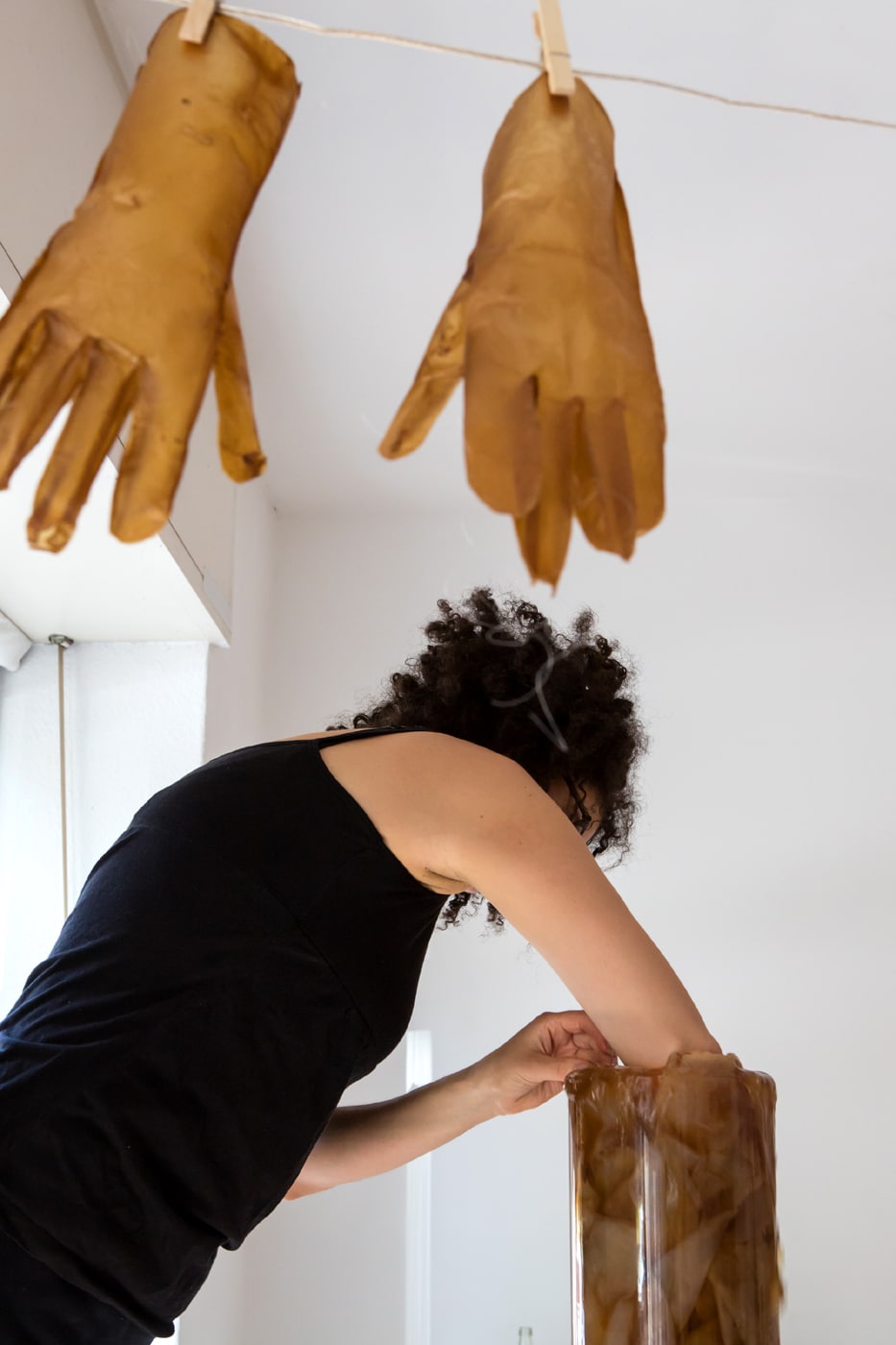 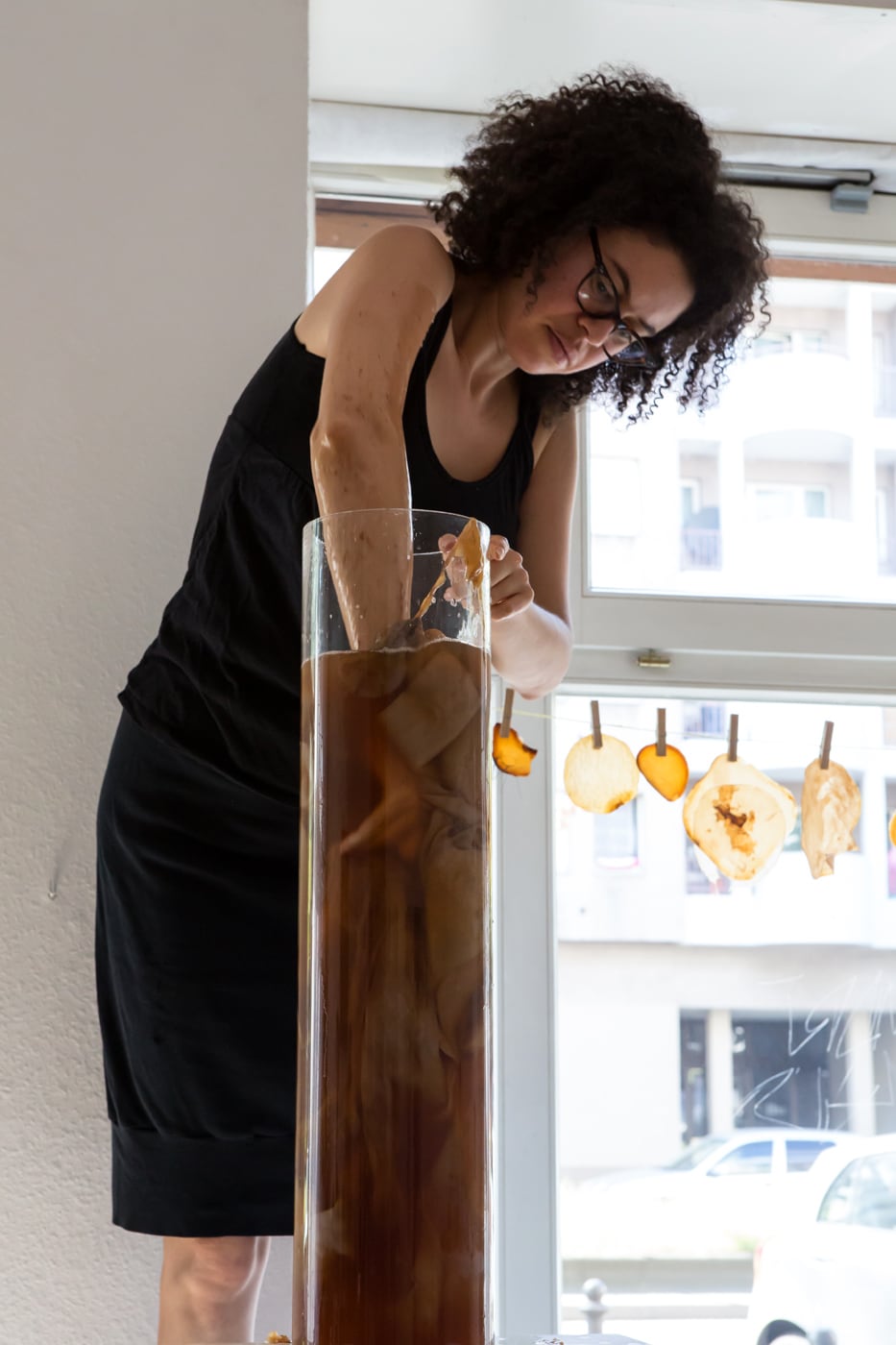 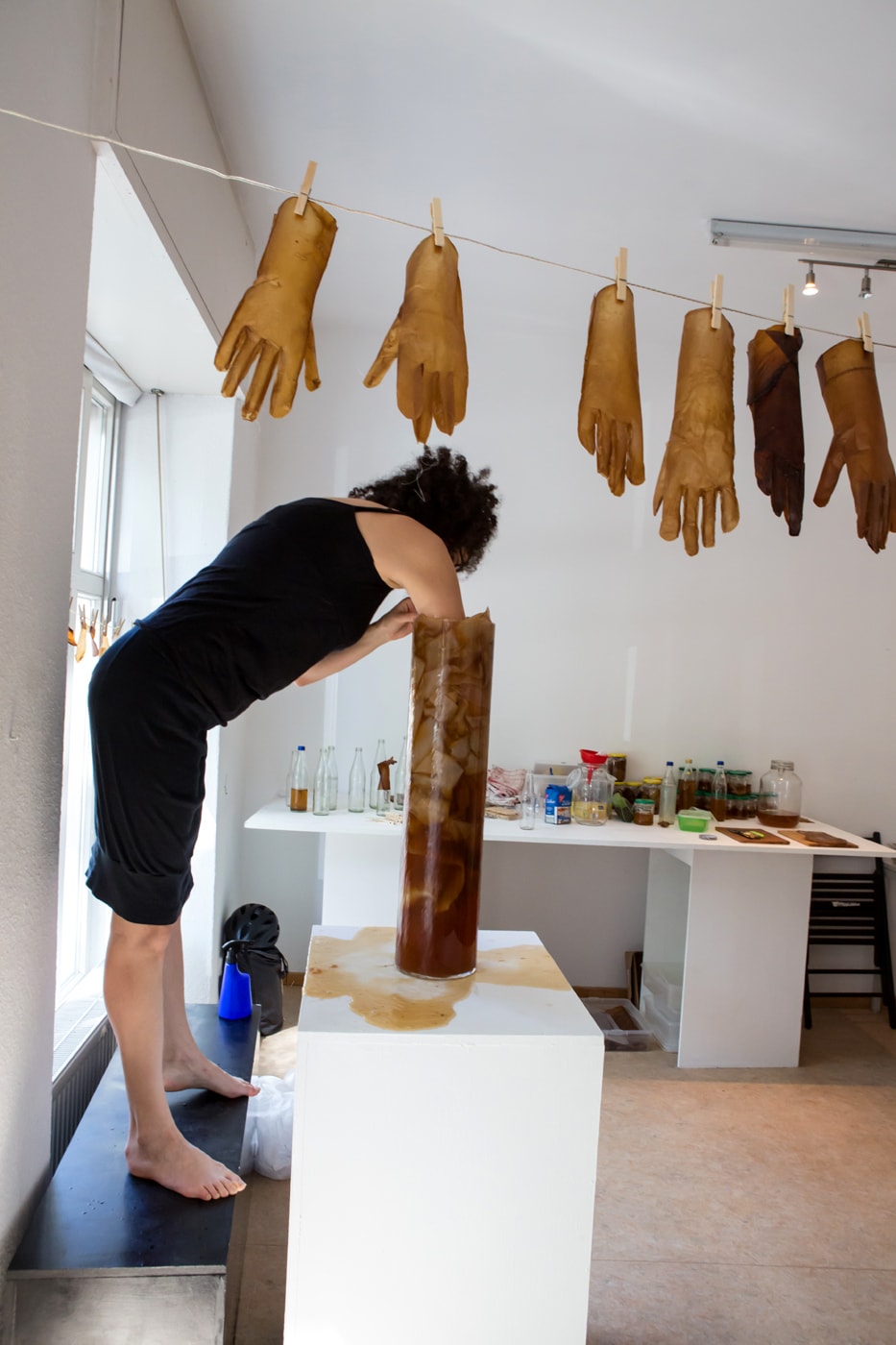 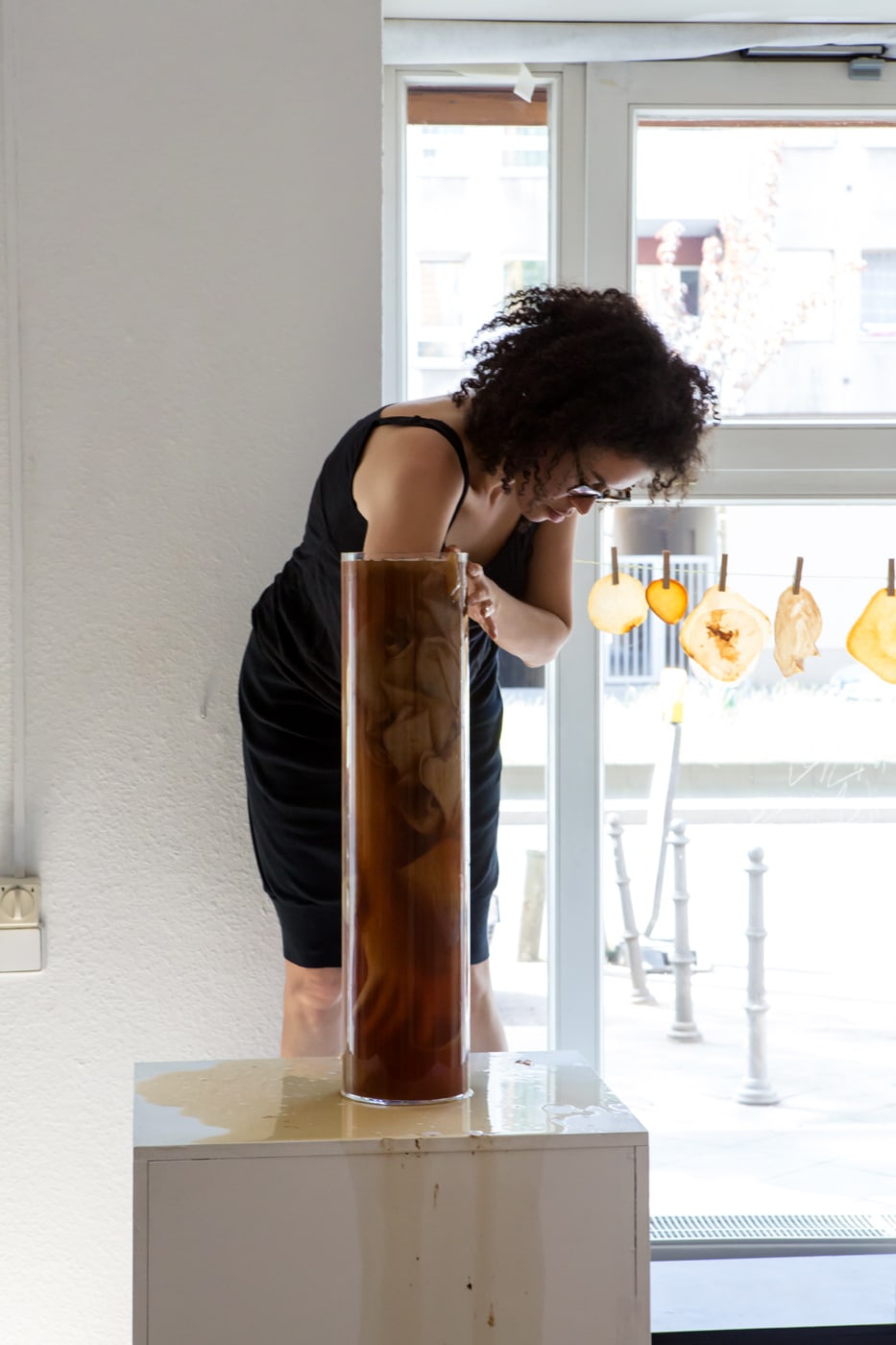 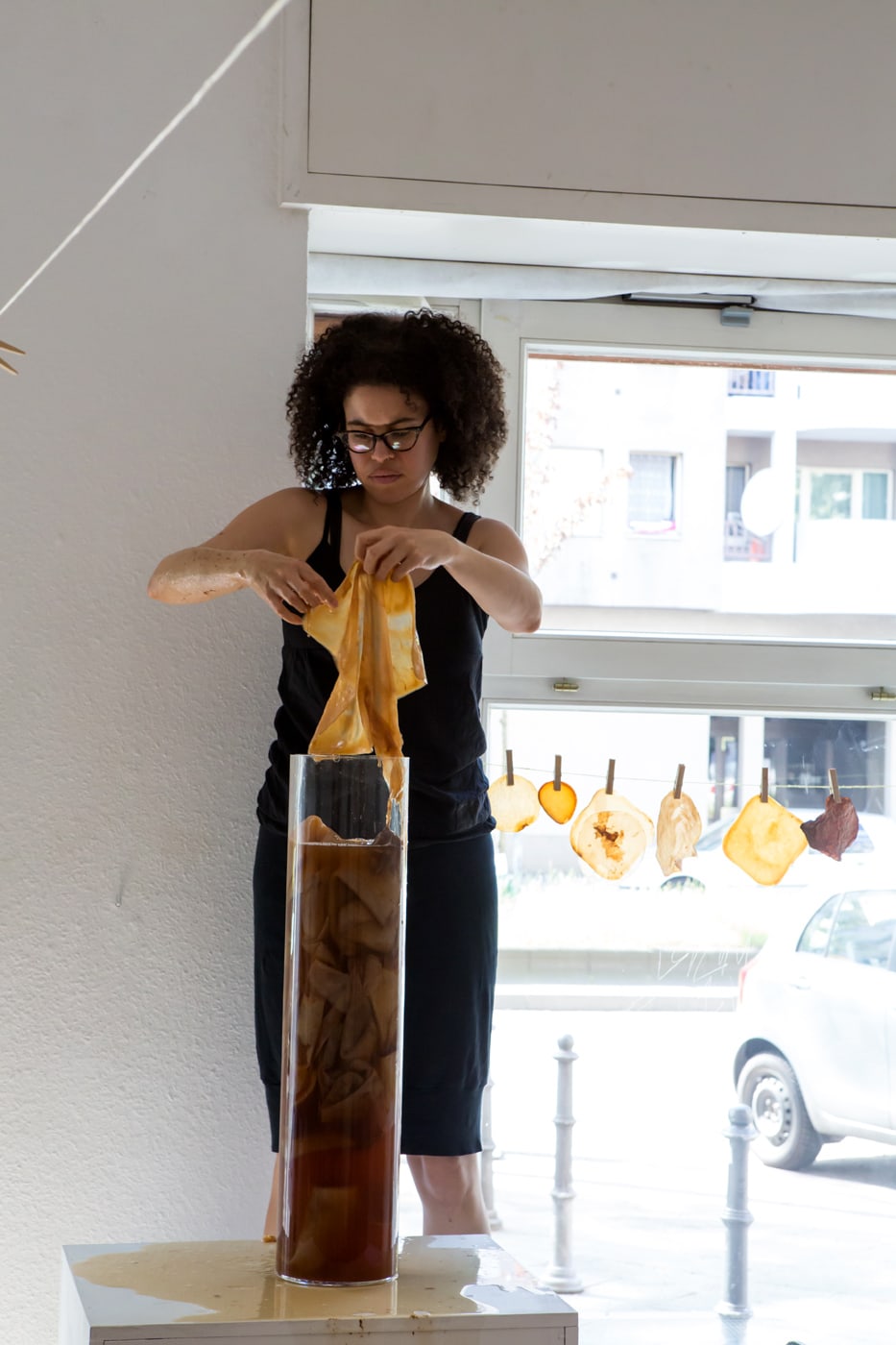 Alanna Lynch (CA/DE), a performance artist working with organisms, textiles and research, draws on a varied background in biology, psychology and activism. Her work explores how affects, in particular those associated with feelings of fear and disgust, are constructed and the aesthetics surrounding them. She holds a BA in Psychology from Queen’s University in Kingston, Canada, a BFA from Concordia University in Montreal, a Master of Library and Information Studies from McGill University in Montreal and an MFA from Valand Academy in Gothenburg. She has exhibited and performed internationally and recent awards include the Eric Ericson Foundation Grant (2015, Sweden) and the Goldrausch Künstlerinnenprojekt Scholarship (2016). She is currently a visiting lecturer at Kunsthochschule Weißensee and a member of the collective Scent Club Berlin.
www.alannalynch.com

The Kombucha Craze Steps into Art and the Science of the Microbiome in Labiotech.eu by Clara Rodríguez Fernández pulished on 24.06.2017 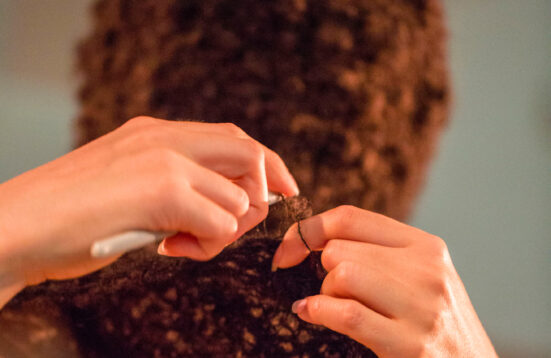 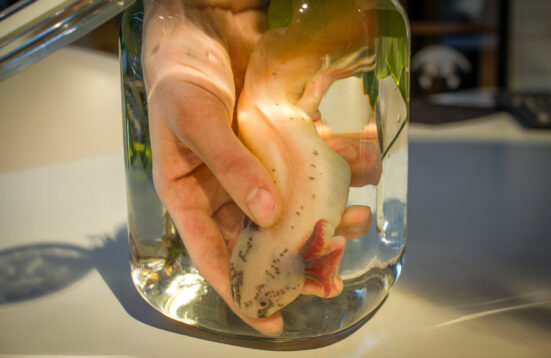