Exhibition > Strange Encounters with Vegetal Others

Strange Encounters with Vegetal Others

Slovenian artist Špela Petrič approaches art production with a background in Hybrid Arts as well as a PhD in Biochemistry. These dual epistemological approaches inform her work with the Plant Kingdom as part of a multi-species collaboration exploring the ontologies, methodologies, ethics and practices of care involved in our relationship to the vegetal. Her first solo show in Berlin will give an insight into her multi-species endeavour.


The green kingdom, upon which we depend for our very survival, functions on a radically different biological basis from us: seemingly inert, literally vegetative and endowed with unexplored forms of intelligence. Yet science reveals an intricate world of mysterious chemical conversations, interspecies networks and non-centralised operations alien from our own existence. Through her work Petrič proposes novel modes of human-plant communication, intercognition and exchange. 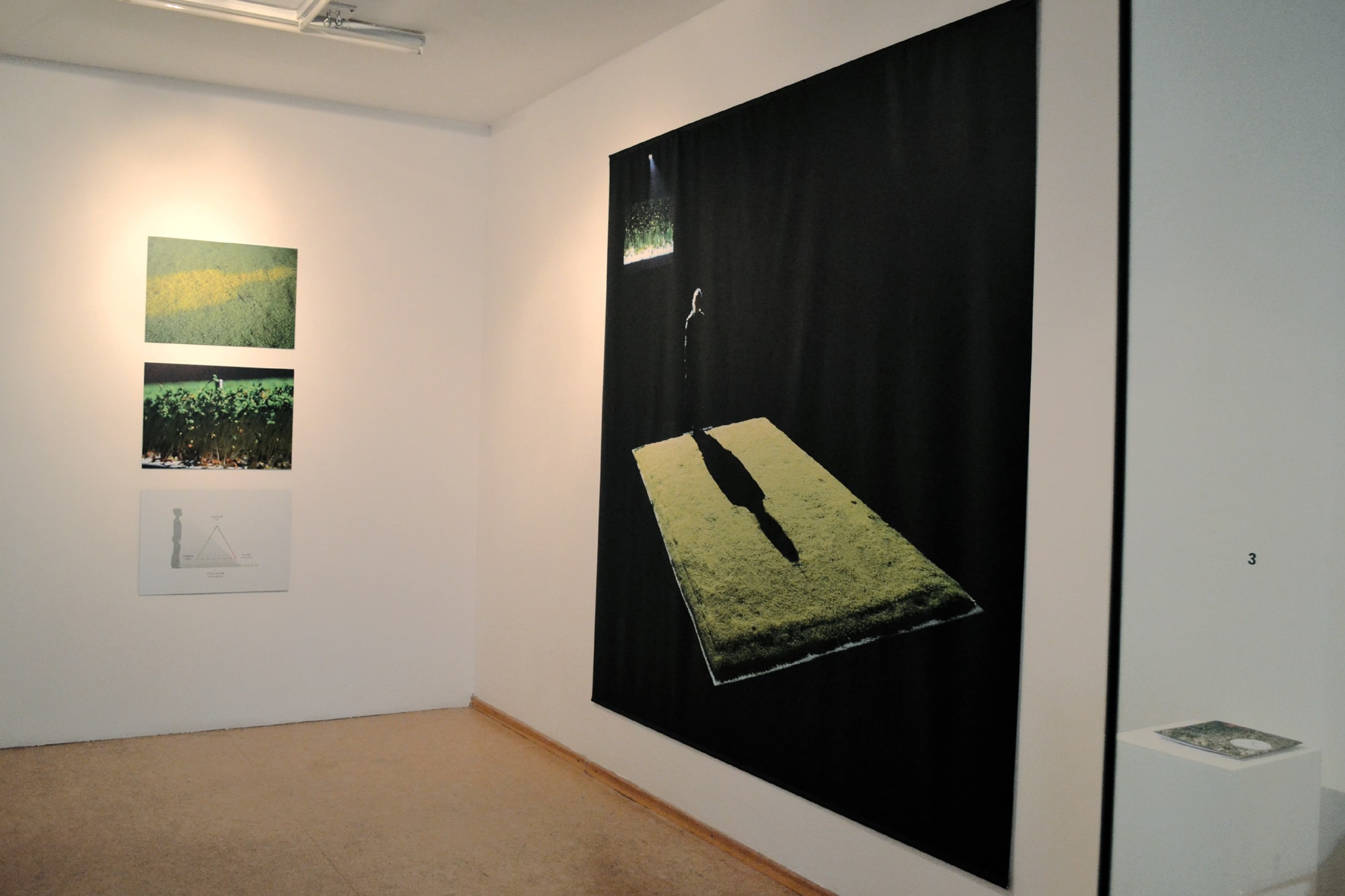 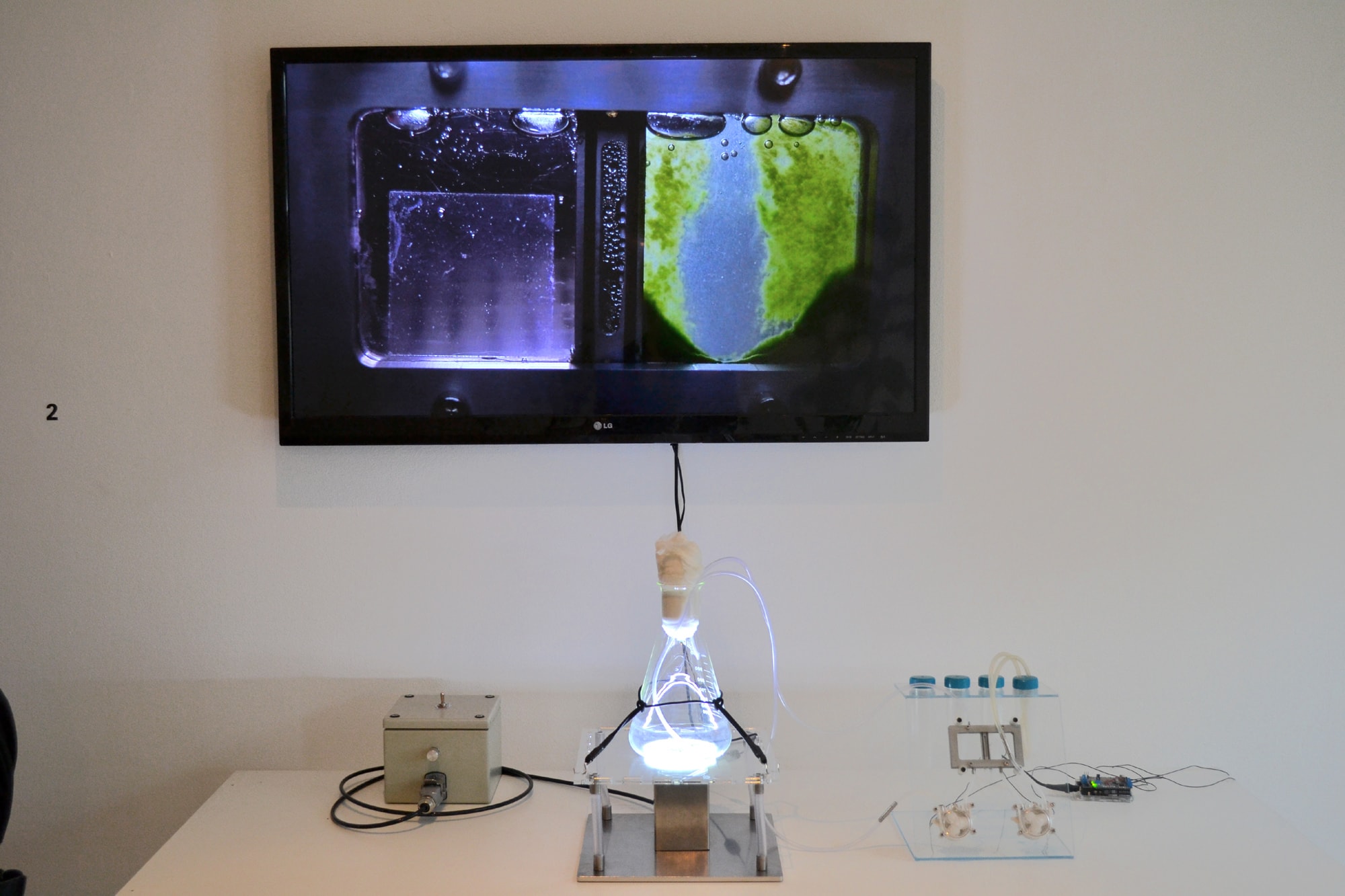 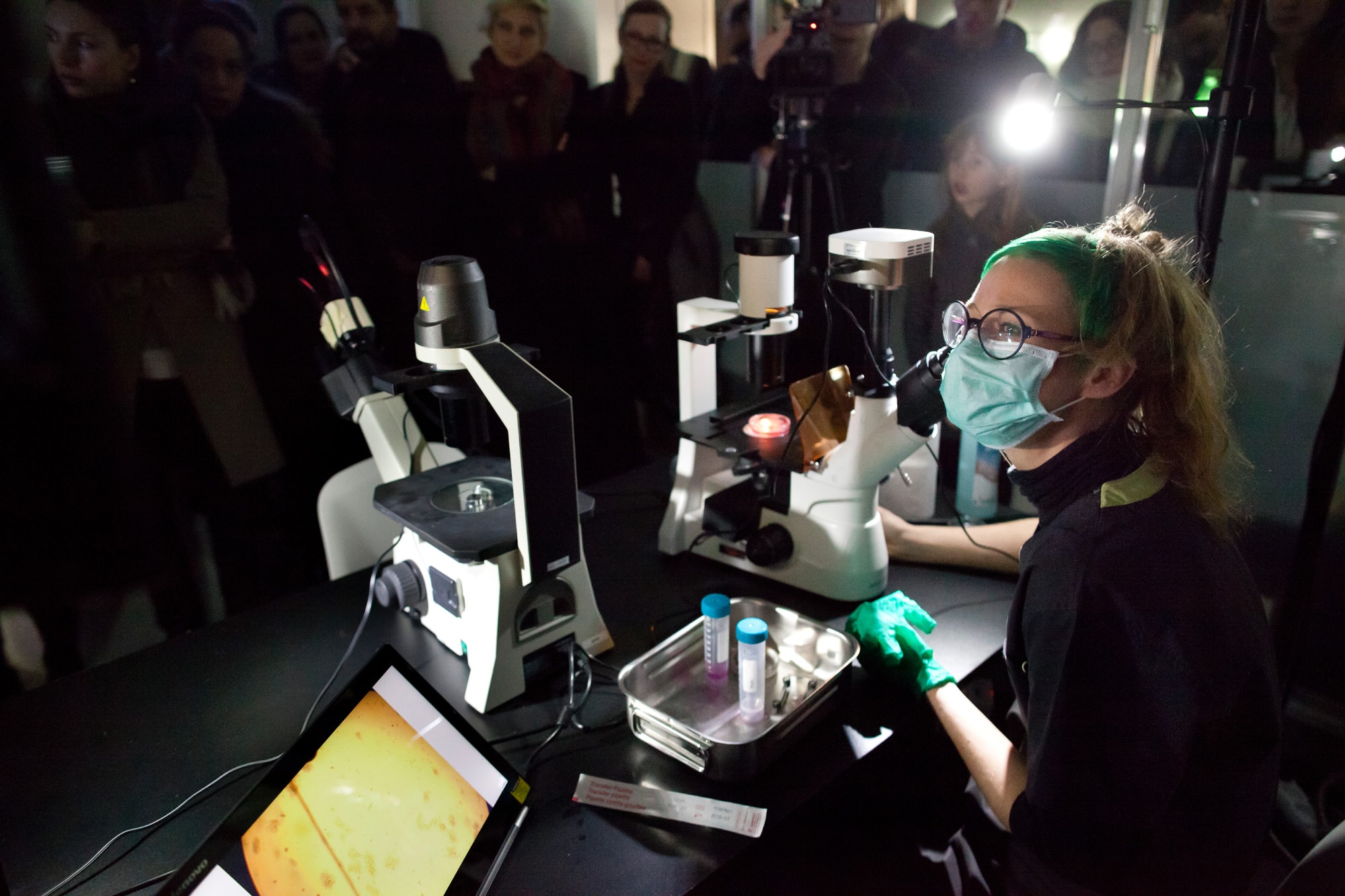 Her series Confronting Vegetal Otherness is a performative exploration of such an exchange. Skotopoiesis (meaning ‘shaped by darkness’) proposes a biosemiotic process for intercognition between the artist and a field of cress. In a durational performance the artist stands 20 hours before the field, her shadow obstructing light, contributing to a paling and lengthening in the cress, while resulting in a minute shrinking of the artist. The durational aspect forces the artist to take part in a vegetative sense of time, forcing a post-anthropocentric approach towards the nonhuman.

Strange Encounters: Metaphysics, Algae and Carcinoma uses biotechnology to overcome our difference(s) from the plant kingdom. Taking a scientific view of being at the cellular level, as well as the cell as biotechnical labour force, Petrič arranges the in vitro encounter of two types of cells: Chlorella, a free living single-celled photosynthetic algae and a human cancer cell, carcinoma of the bladder. The performance/ experiment resulted in at least one case of hybridity, as the cancer cells appeared to ingest the algae. “I am performing biopolitics, selecting, orchestrating, monitoring, documenting, narrating” remarks Petrič. “The cancer and the algae negotiate the space I allow for them. Biopower penetrates the plant just as it does the human.” 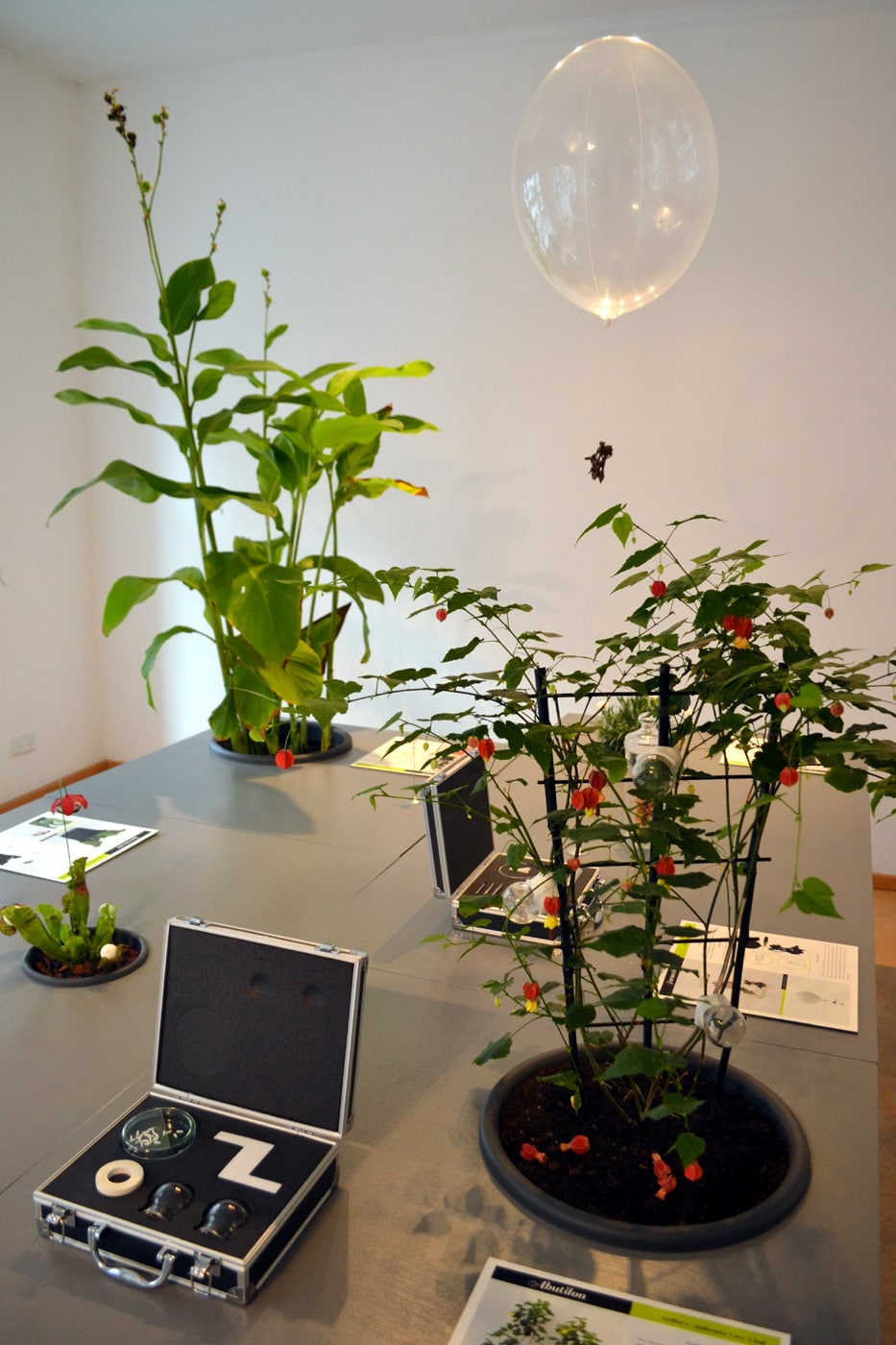 A further work, The Plant Sex Consultancy, produced along with Pei Ying Lin, Dimitris Stamatis and Jasmina Weiss, proposes design-based solutions to the sexual (or pollination) problems of six plants. Somewhere between medical devices and floral sex toys, the design solutions engage our imaginations, challenging our preconceptions of vegetal agency and sentience. They also refer to a possible future where a dearth of pollinating insects necessitates drastic technological interventions. A recent study showed that over the last 30 years insect populations in German nature reserves have plummeted by more than 75%. For instance, as cyclamens’ main pollinator has gone extinct the artist-designer team proposes a special prosthesis, which shakes pollen onto other visiting insects.

Labiotech.eu, published on 30/09/2018 by Clara Rodríguez Fernández, Trouble in the Soil Bed: Sex Toys for Plants 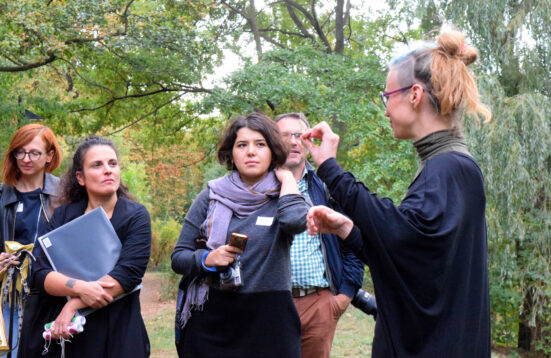 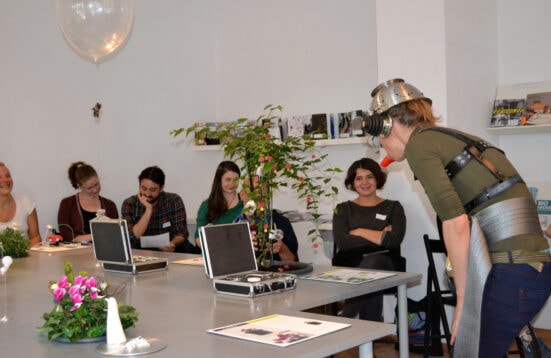 As part of the inquiries into Vegetal Otherness, Špela Petrič set out to produce her own phytocracy-revealing onto-epistemological tools that are inspired by actual institutions/domains/cultural practices framing plant-people relations…