Joanna Hoffmann, a renowned Polish artist based in Berlin, has thrice been awarded the artist stipend of the Polish Minister of Culture and in 2007 won the 1st prize in the Polish competition organized by Europlanet and Polish Academy of Sciences. She has been Professor (Dr.hab) of the University of Arts in Poznan since 2009, as well as head of the Studio for Transdisciplinary Projects and Research: Art, Science & Technology, and is Chair of Art & Science Node in Berlin.

Joanna Hoffmann’s transdisciplinary works combine art, microbiology, physics and technology. Her use of multimedia installations, 3d stereoscopy, experimental video animation and other media explore the visualization of sub-atomic and molecular as well as cosmic space. Her work relates to advanced scientific research on the phenomenon of life and to the interplay between scientific and cultural, sensual and illusive, digital and biological, natural and synthetic.

The exhibition space at Art Laboratory Berlin is transformed into a multimedia installation: on a plinth across from the entrance is the work πρωτεο / proteo, a ‘Pepper’s ghost,’ or forerunner of holography, projected onto a pyramid. The work’s title refers to the Greek root of the word protein (Gr. πρωτεῖος the first, in the lead) as well as to the philosophical tradition of searching for arche – the essence of the physical world (Anaximander) and the principle of knowledge (Aristotle). πρωτεο / proteo is an animation portraying a cloud of particles creating a mini-universe folded in the form of Calabi-Yau space, in which, according to superstring theory, successive dimensions of our world are “curled up” at the subatomic level. Giving birth to a convoluted protein molecule and its dynamic molecular ‘dance of life’, it brings to mind a question about the relations between the energy, matter and form. 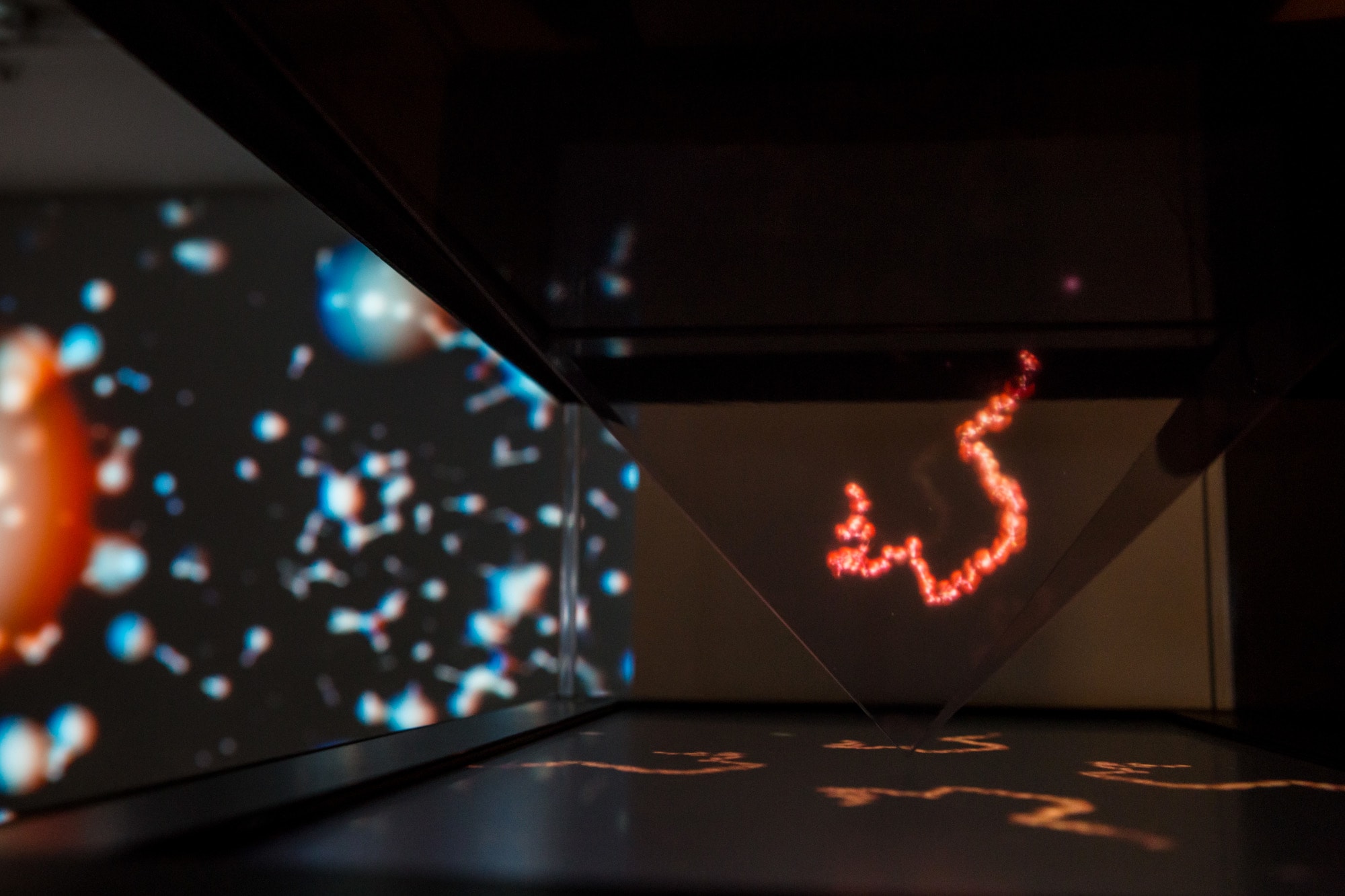 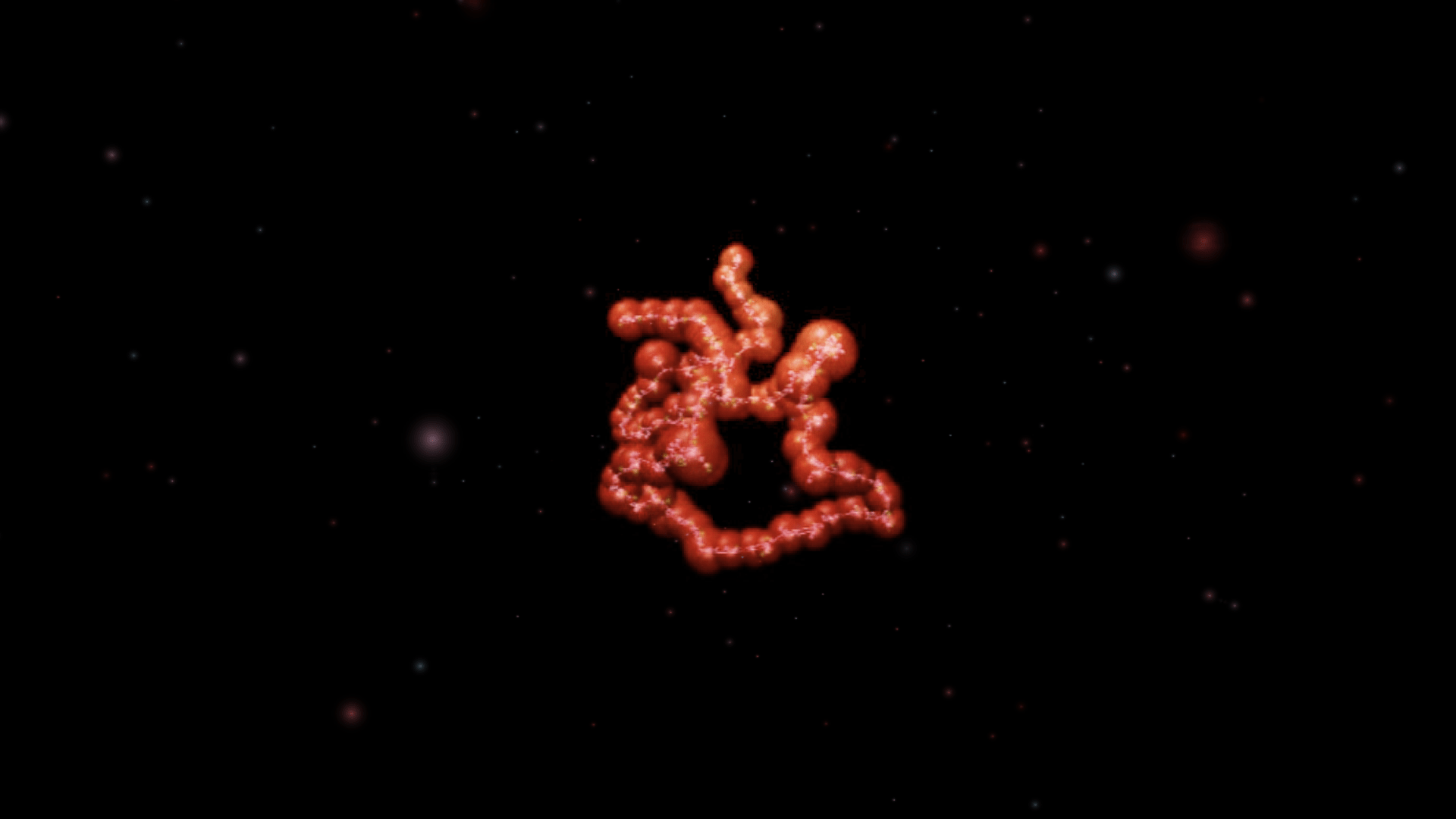 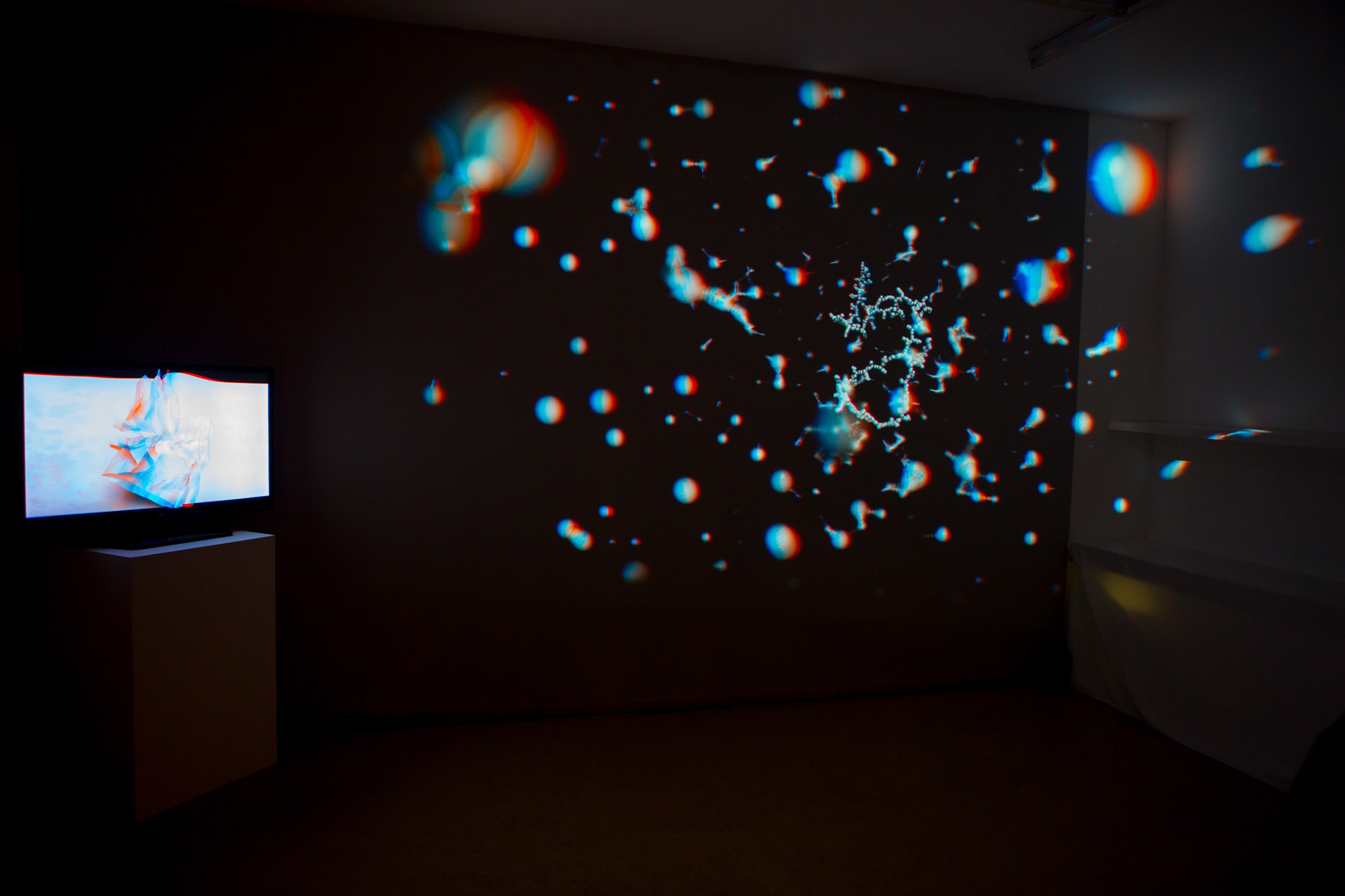 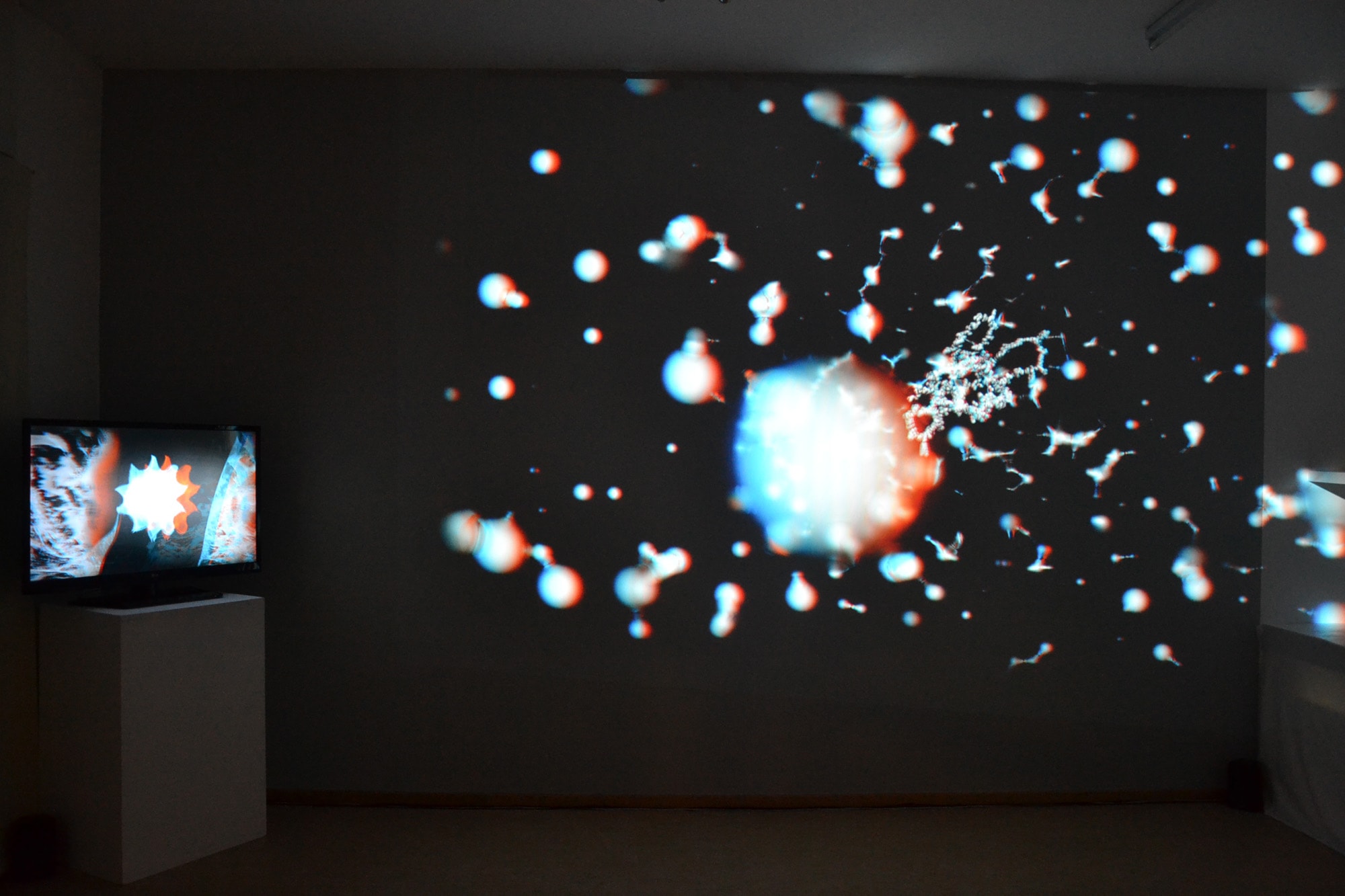 The 3D projection and installation Molecule was created especially for this exhibition. It is based on scientific data of molecular structures and transcribed by the artist into a computer animation. The work, in tandem with Andre Bartetzki’s soundscape, relates specifically to the viewer’s body. As Joanna Hoffmann describes: “According to superstring theory our universe contains extra dimensions compacted to the subatomic level and hidden from our limited perception. If so, our own bodies carry dimensions inaccessible to our perception: we are spaces comprising manifold universes. But the evolution of our universe could follow the opposite direction. According to other theories, the multidimensional world collapses into a four dimensional one and even this one can be, like a hologram, a perceptual illusion.”

Another 3D work is Anxiety of the 2nd Dimension from 2012. The globular molecule of a protein, a linear narrative of amino acids with shapes of alpha helixes, presents itself as a philosophical study on space and existence. “We may wonder”, says Hoffmann, “whether our own trajectories of life wriggle on a rumply two-dimensional surface like on a crumpled sheet of paper, whose crinkles assure us of the variety of experiences and provide us with multidimensional illusions.” 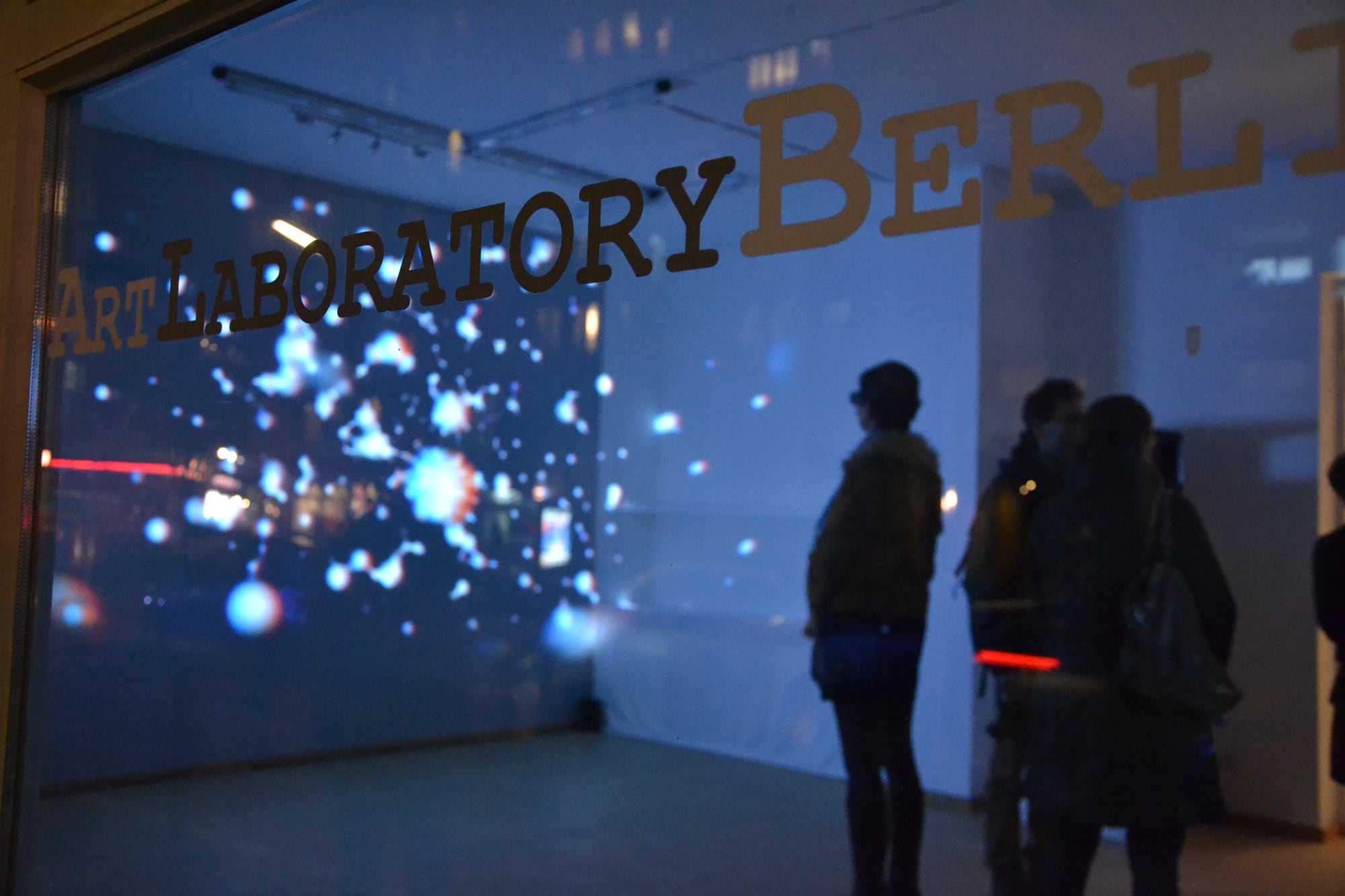 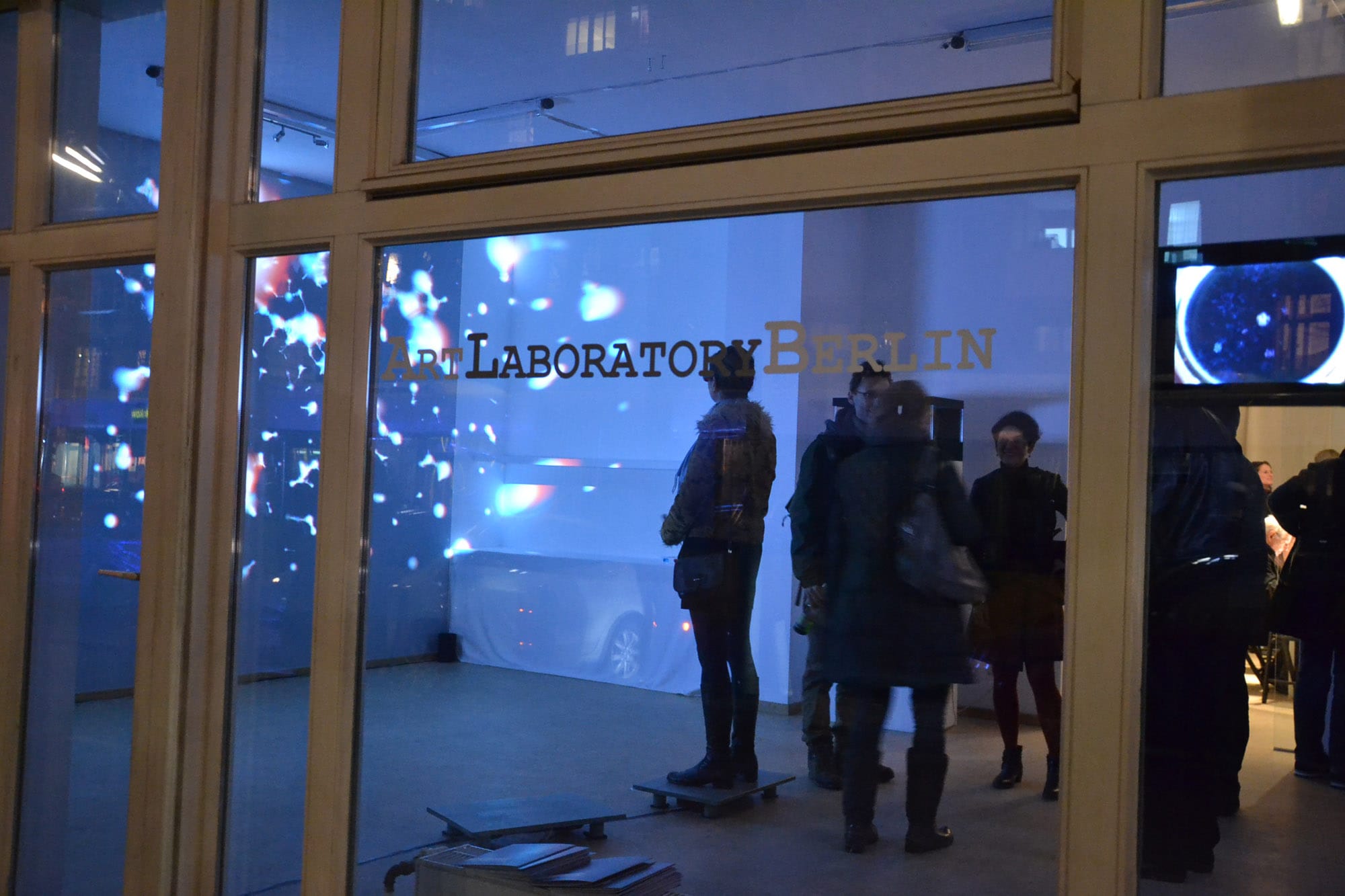 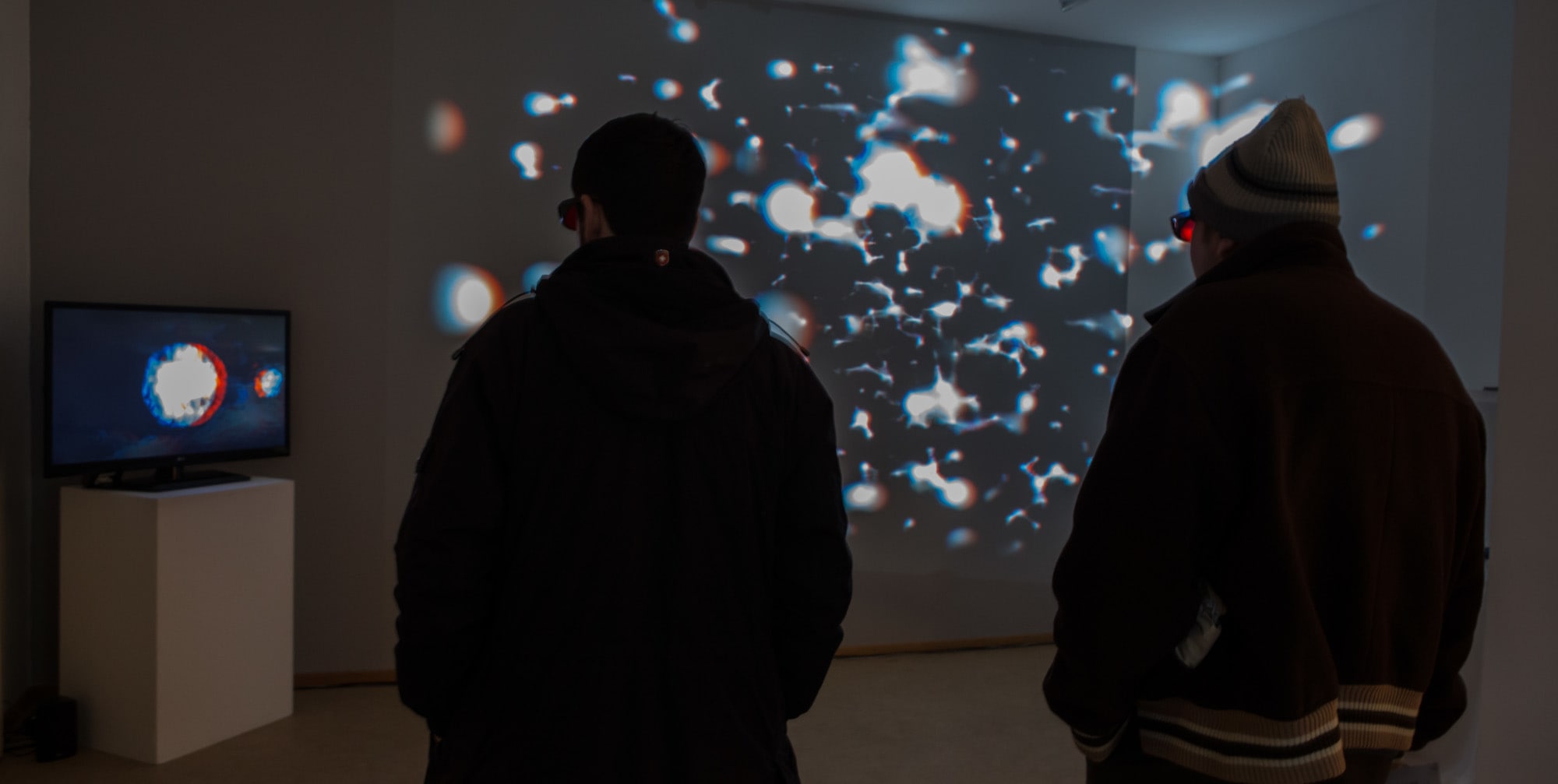 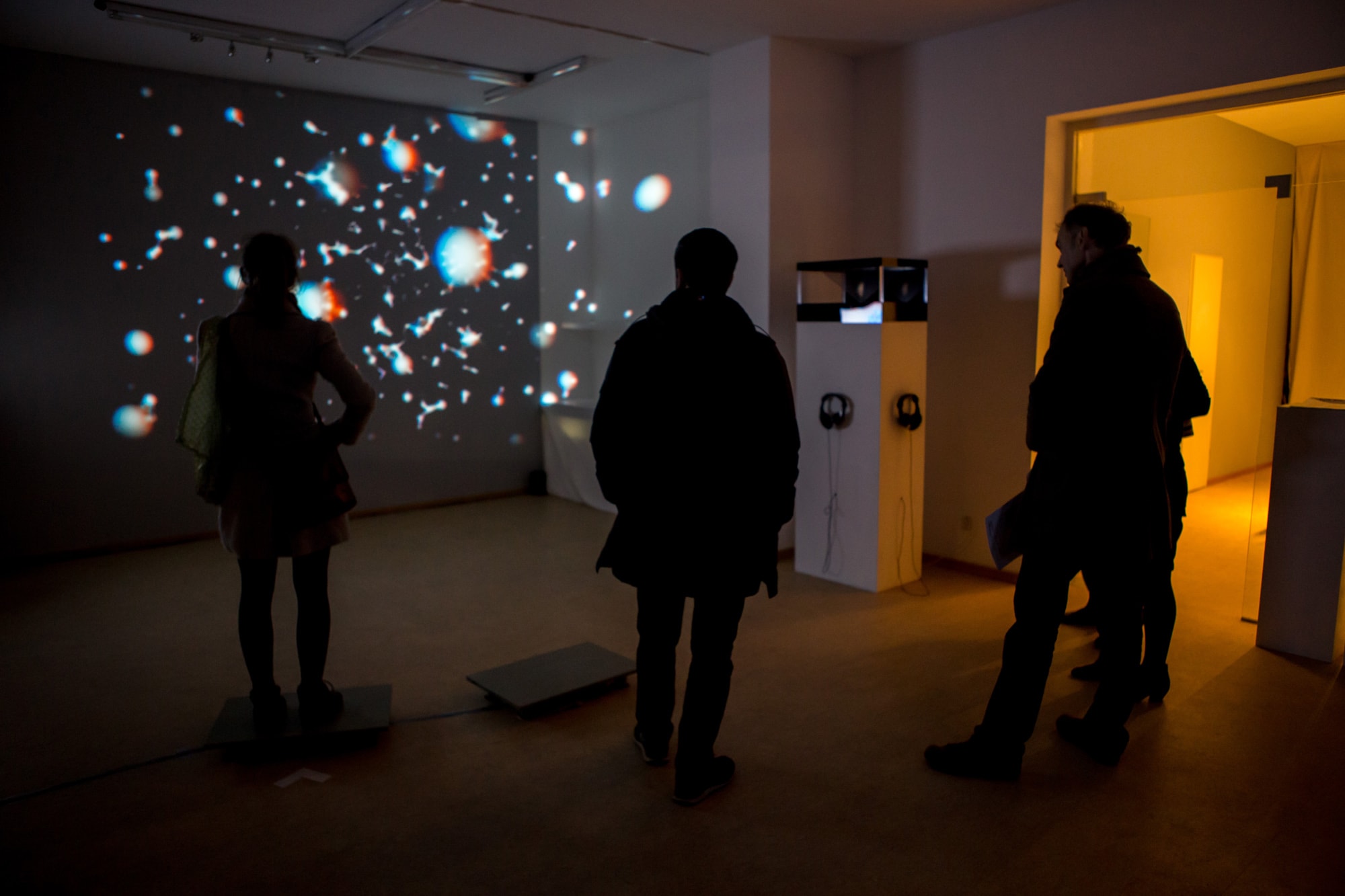 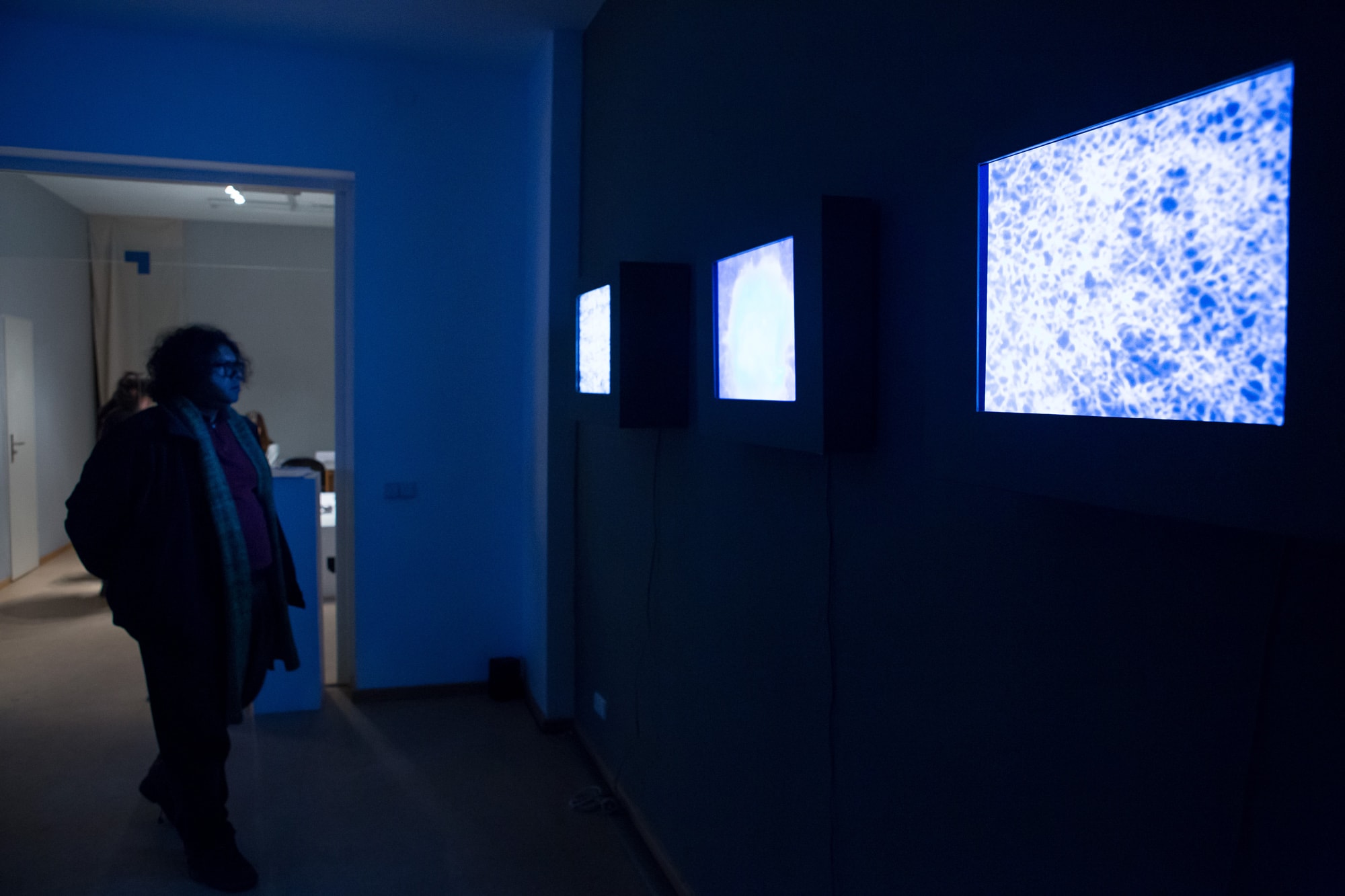 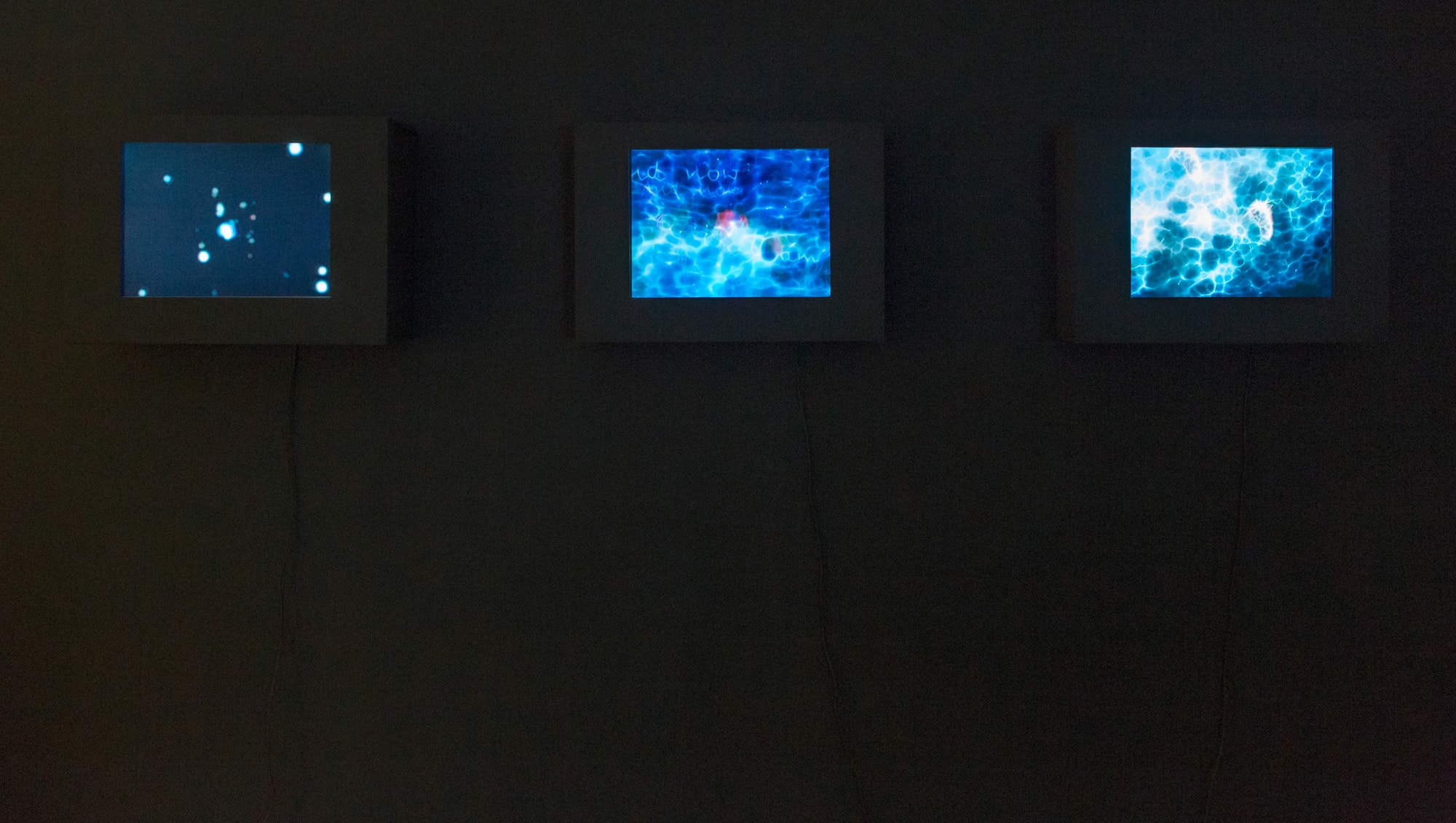 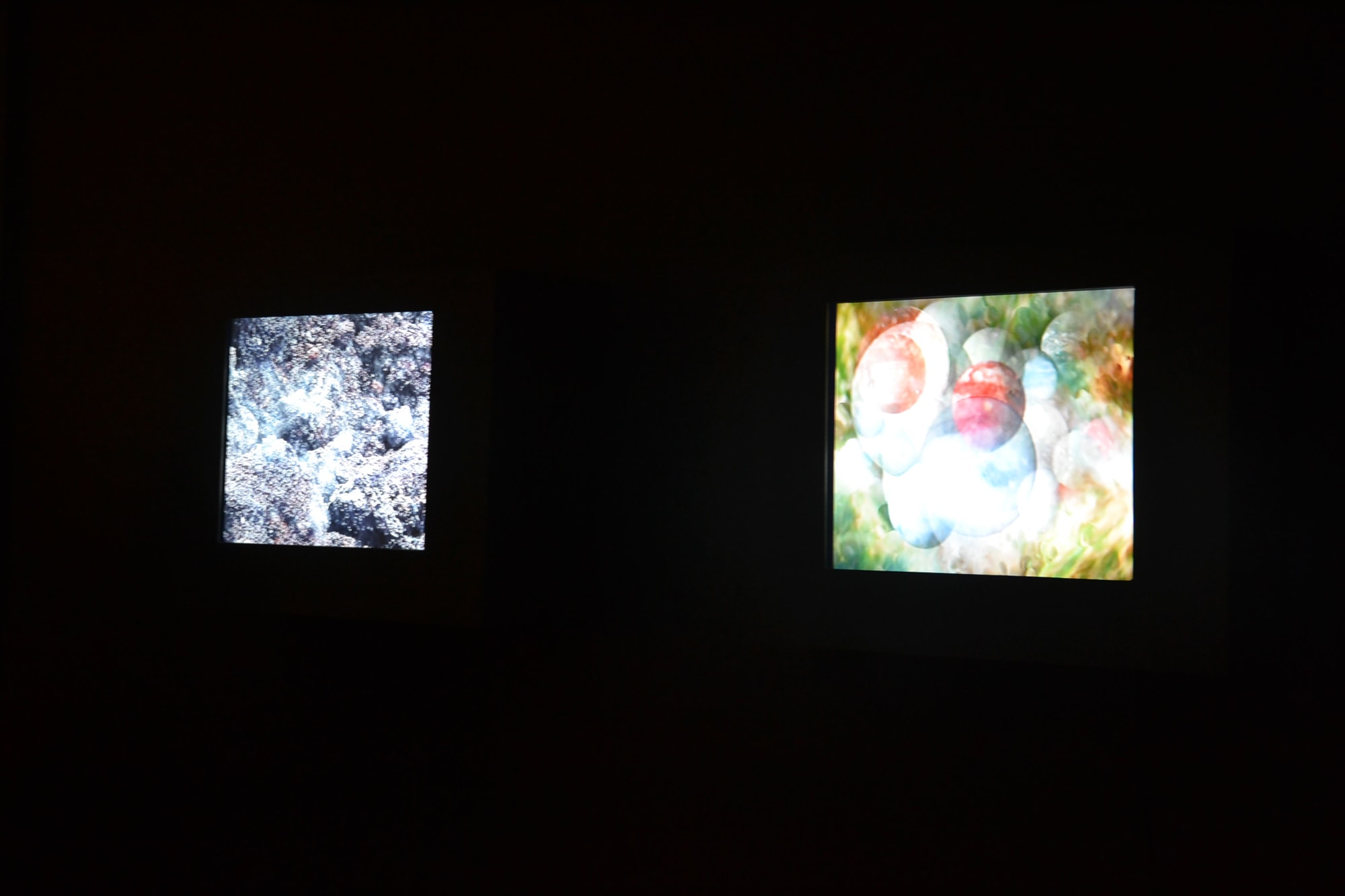 Hidden Typology of Being, Joanna Hoffmann 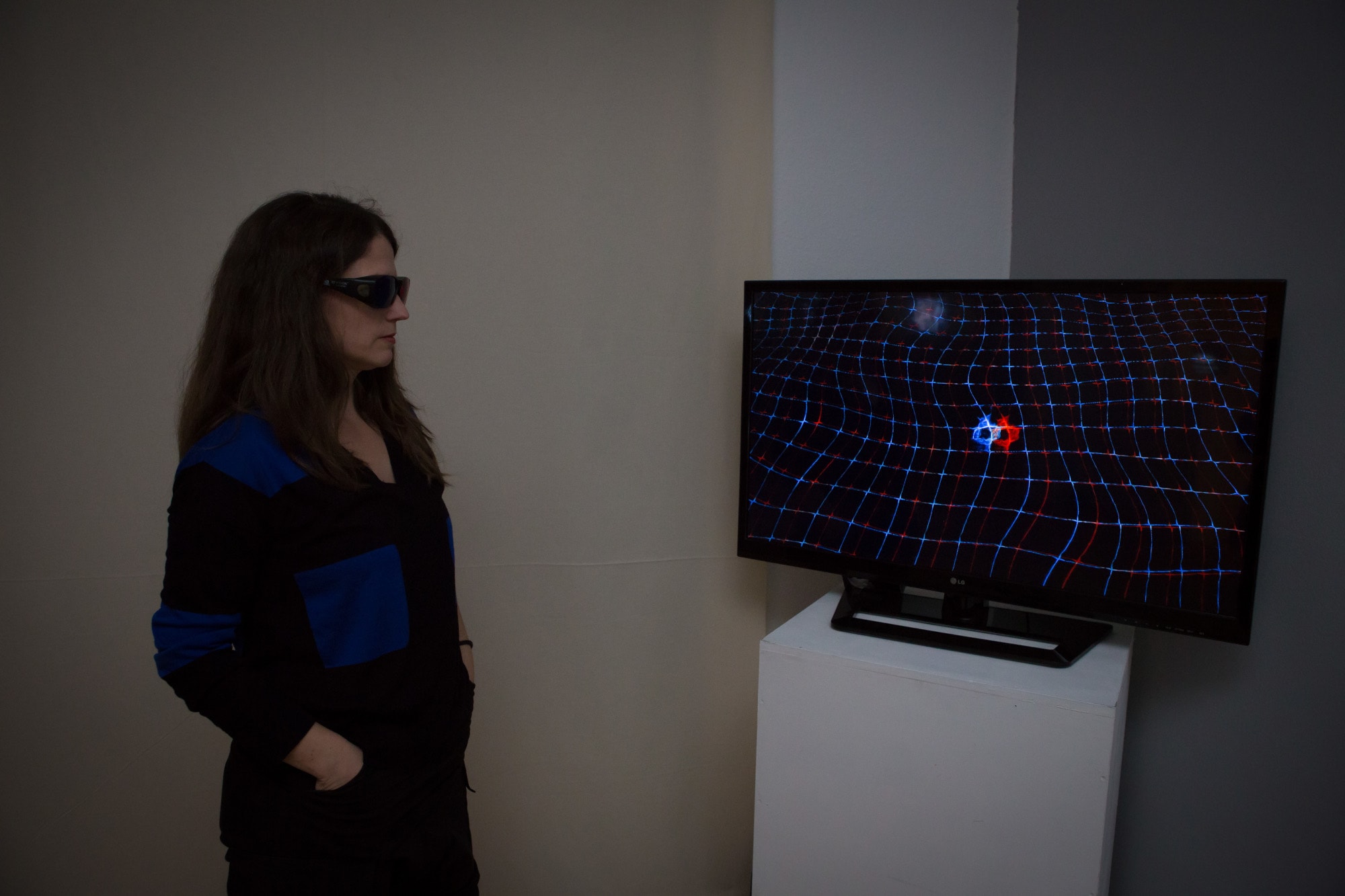 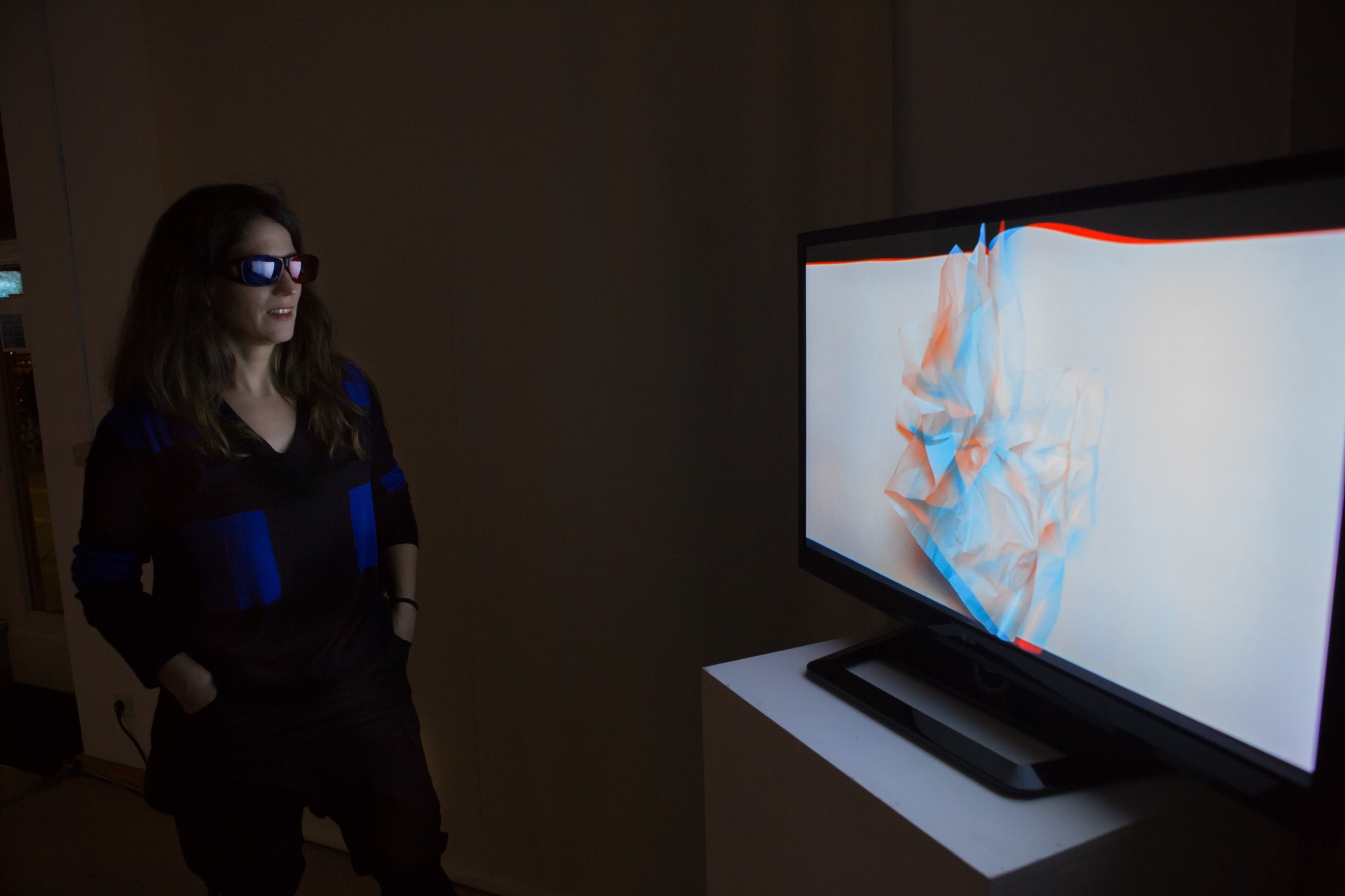 Joanna Hoffmann’s exhibition is intended as a laboratory of imagination. The works bring together a few threads of artistic research being developed within the frame of her long-term project Hidden Topologies of Being inspired by the atomic structure of protein molecules, the “basic bricks of life”. The works are based on scientific data describing protein structures. Joanna Hoffmann states: “Proteins are associated mostly with cellular robots. For me however, as an ‘assembly of proteins’ (using David Deamer’s term), a protein molecule became a key to explore relations between micro and macro scales of my existence.” The video works incorporate excerpts of poems by Rabindranath Tagore and by the artist herself.

In these works Joanna Hoffmann seeks to visualise the implications of theoretical physics. As the artist notes: “If the scientific hypothesis about the multi-dimensional nature of the world is true, then these hidden spaces are everywhere, in each ‘point’ of the space outside as well as inside us. What does it mean for us to live in a multidimensional universe, or even multiverse? What kind of tools do we have to apprehend the invisible? […] One day, maybe, our brain will be able to perceive how we exist in the multidimensional universe. For the time being, we have only our imagination in command and an enormous diversity of protein globules, each of them suggesting, in another scale, a blister of some world.”

By mining technologies as diverse as computer modelling and animation, Pepper’s ghost and 3D video, Hoffmann’s work presents the viewer with a set of structures for scientific, philosophical, and aesthetic wonder and analysis. Merging interpretations of scientific data, image, sound and poetry, πρωτεο / proteo poses questions about the challenges and boundaries of our cognition, creating an emotional bridge between our daily experiences and the abstractness of contemporary science. 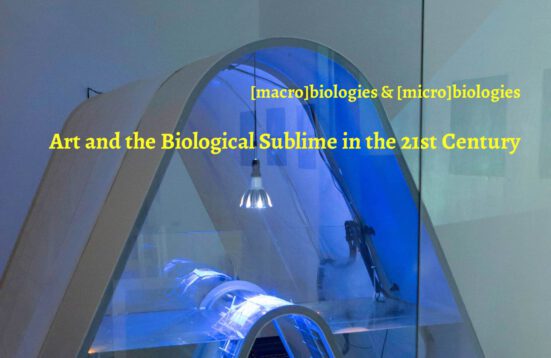 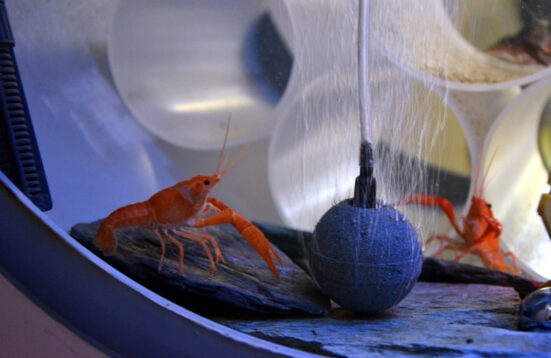 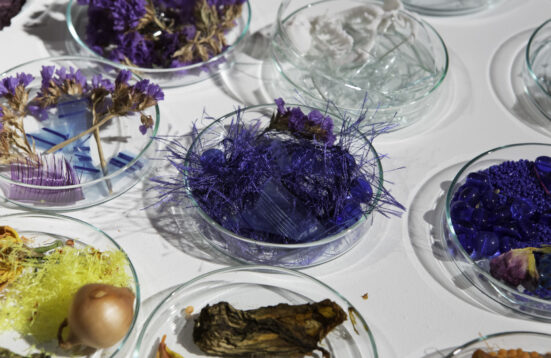 This exhibition highlights the works of artists dealing with multi-celled organisms. Noteworthy is both the relationship of these organisms to us, and their roles as independent actors. The exhibition focuses on the works of three remarkable, internationally recognized artists 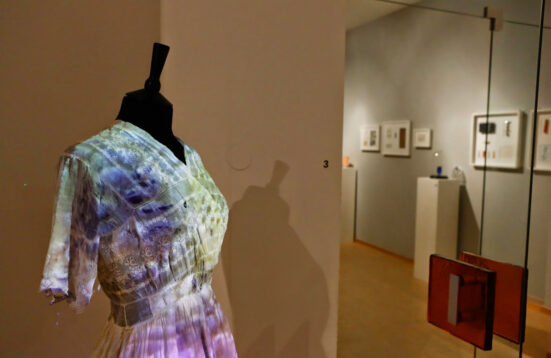 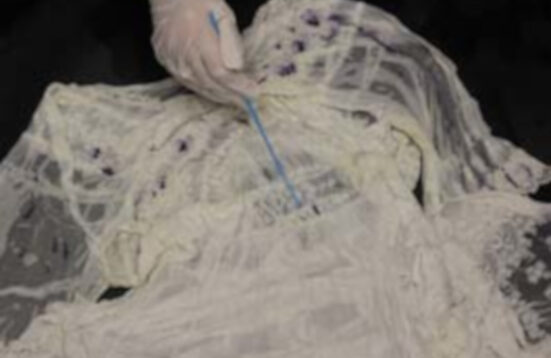