“In her experimental setups, Theresa Schubert condenses the most simple organisms to highly complex philosophical questions. In the artistic research project Growing Geometries I – tattooing mushrooms, fungi generate their growth by processing organic material. Together with the treatment of the mushroom with tattoo needles, their natural growth creates a closer proximity to that of mankind than to that of plants. A natural phenomenon is translated into a moment of critical analysis of processes of growth with the simplest of means. Theresa Schubert’s tattooed mushroom are fruits of a deeper lying mesh whose growth can take any shape or form based on devitalized organic material causing revitalization.” (Kerstin Godschalk, curator HB55 Kunstfabrik Berlin)

The exhibited works have been developed as part of her PhD research at the Bauhaus University Weimar. In the words of Theresa Schubert: “The works want to challenge common understandings of creativity and emphasize a posthuman view on the world and its creatures. Common ground is the intervention on membranes. A membrane appears in both the exterior and interior of living beings; in the case of a cell membrane it is part of the smallest building block of life, but it also separates two different states. Further, it is an investigation into the aesthetics and mechanisms of natural growths processes.” 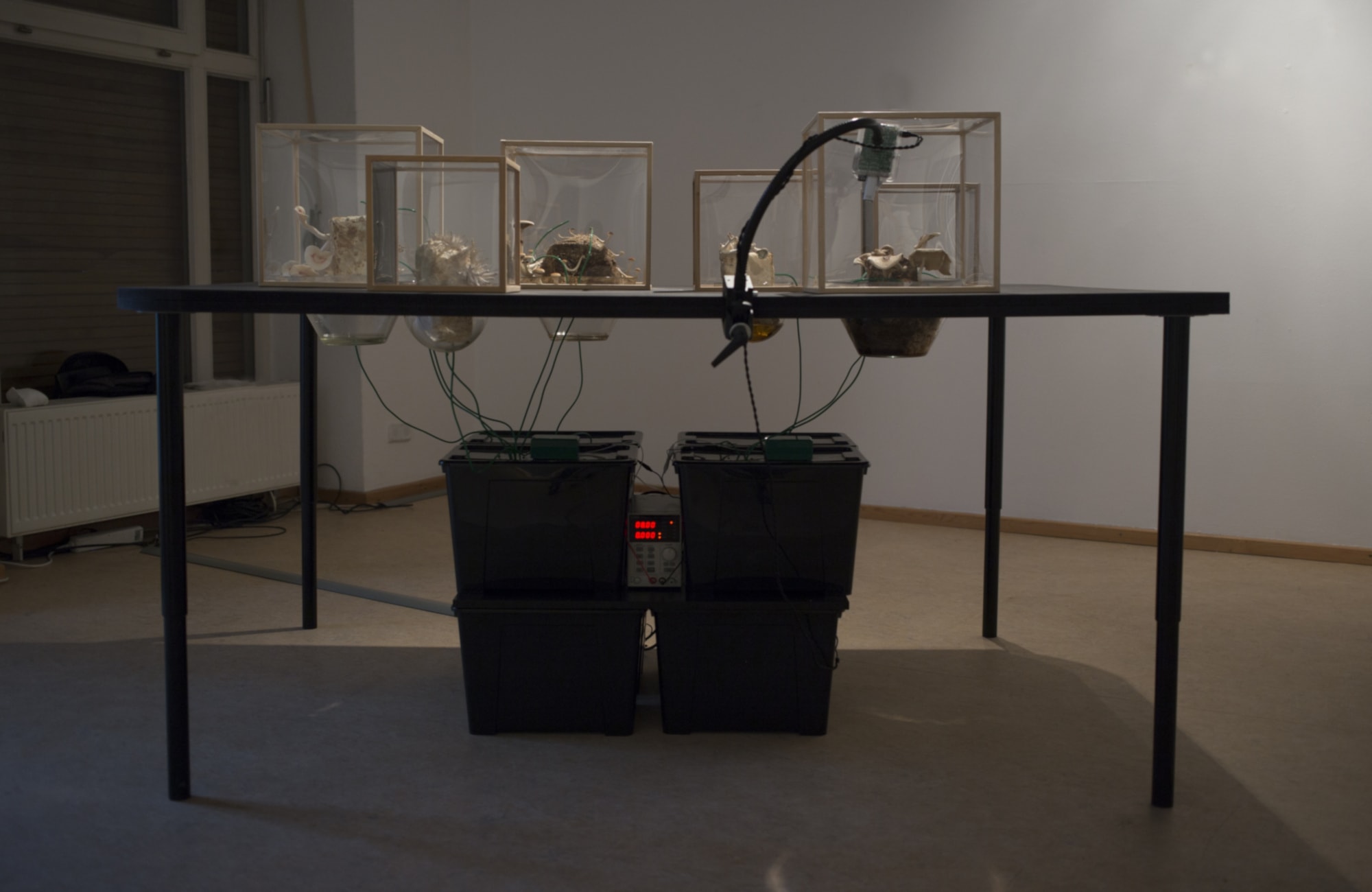 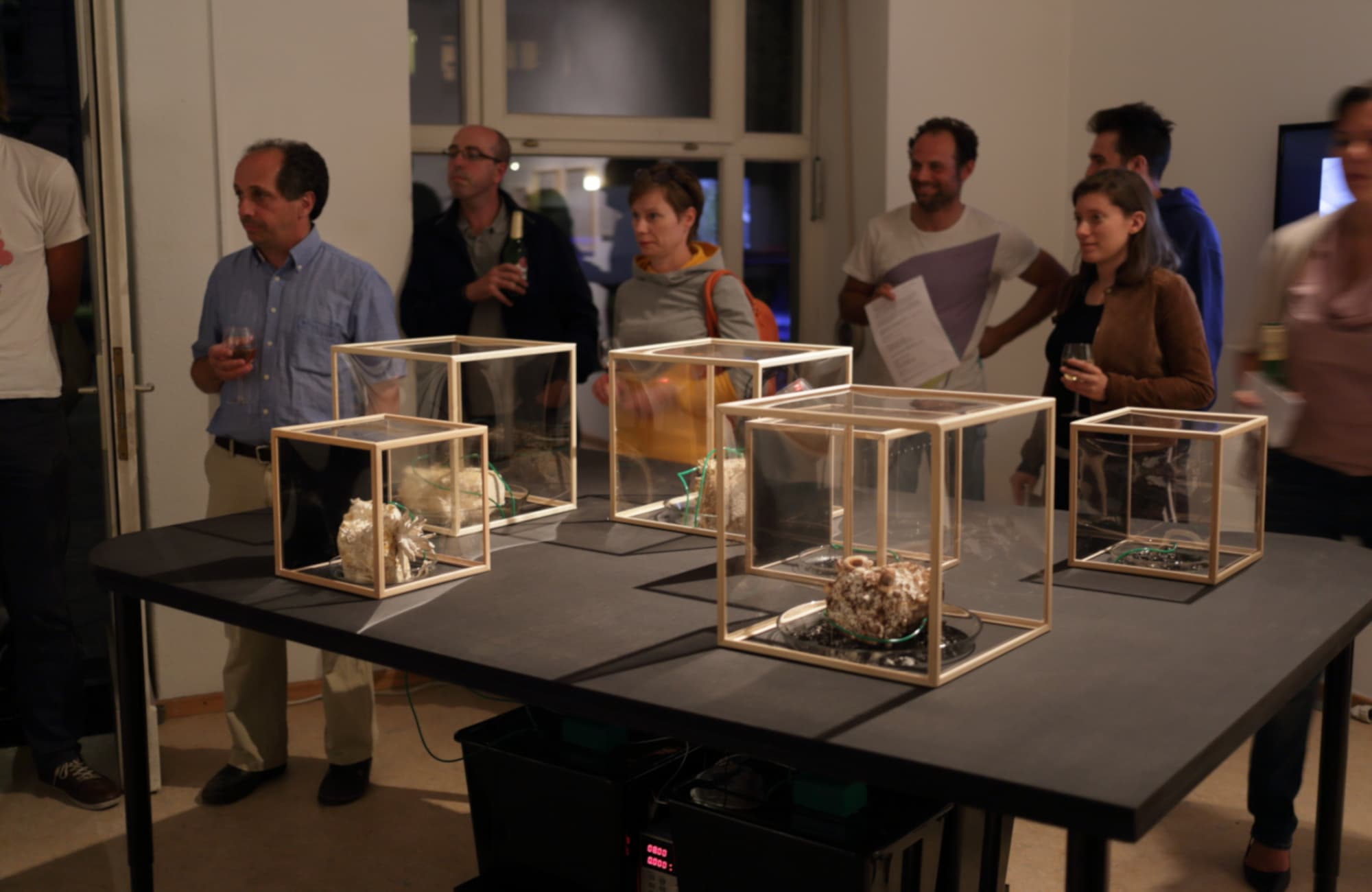 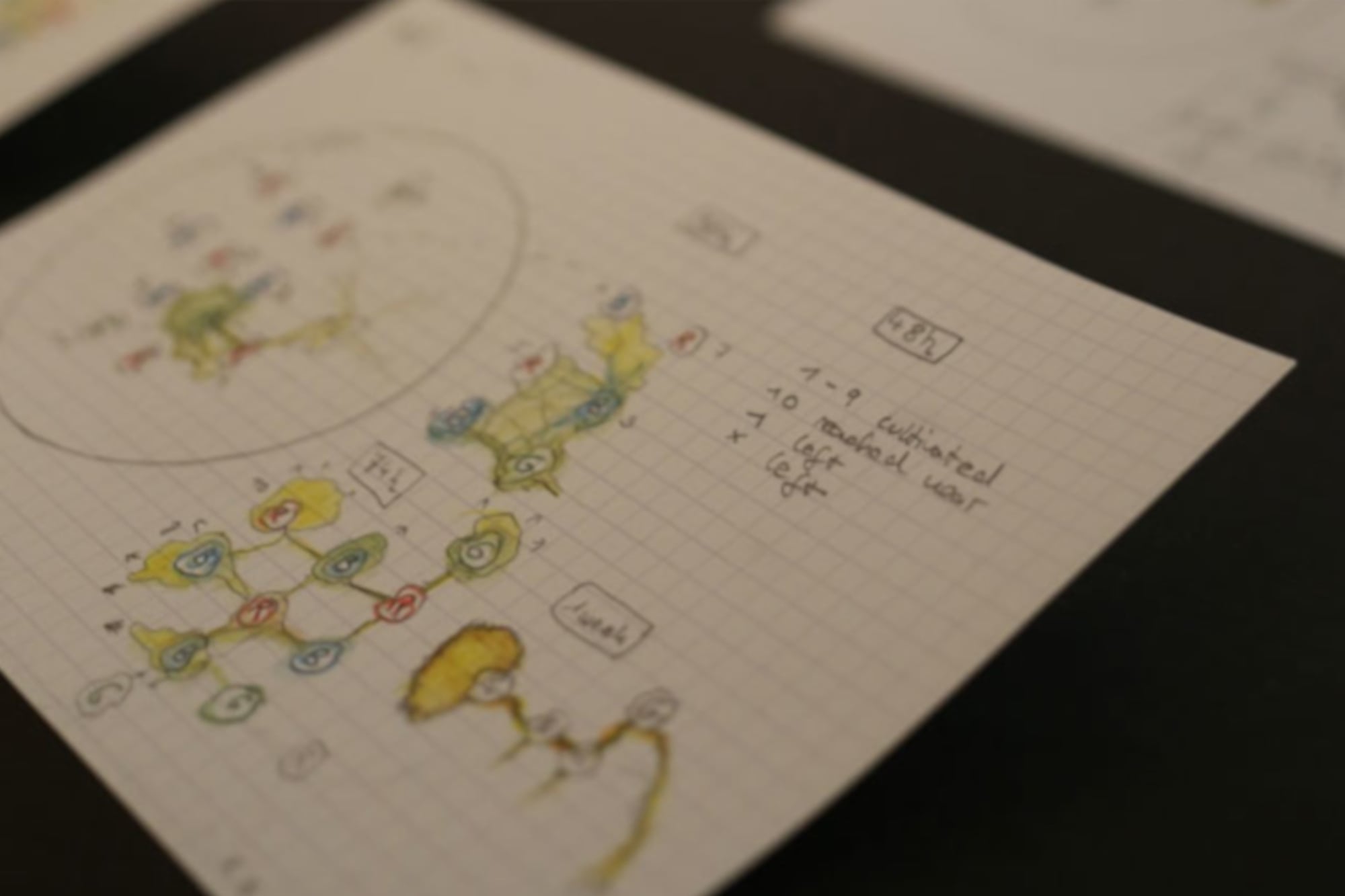 The artist Theresa Schubert conducts research at the intersection of art, biology, and technology. She has studied Media Arts & Design at the Bauhaus University Weimar. Her artistic practice combines various media such as audiovisual installations, photography or work on paper which deals with the phenomena of nature not only as a source of inspiration, but as a material and critical process. By means of transdisciplinary methods, such as the re-enactment of scientific experiments, biohacking, theoretical analysis and collaborative practices, her work deals with the themes of self-organization, computational geometry and morphology. The starting point for her experiments are simple organisms that arranged in setups have the opportunity to grow and develop – always under the control of the artist – sometimes in interaction with people and visitors.

Our 2015 programme is made possible in part by a generous gift from Michael Schröder. 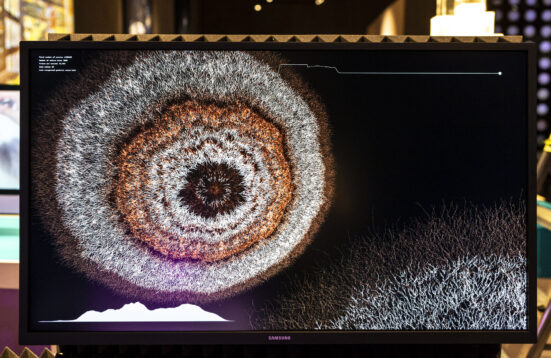 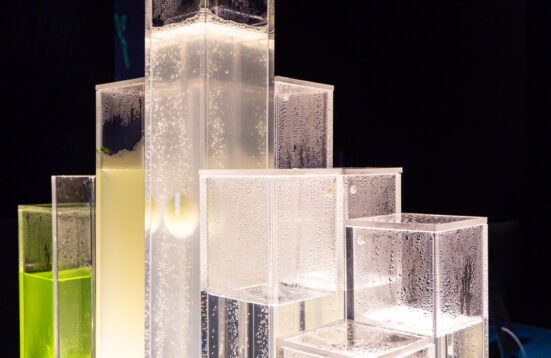 The second exhibition Mind the Fungi at Futurium presents the results of the Artist- and Design-Residencies with artist Theresa Schubert and artist designer Fara Peluso. Schubert studied the effects of sound on fungal growth. Peluso has done research on new biomaterials on the symbiotic basis of algae and fungi.

The project Mind the Fungi is dedicated to the research of local mushrooms and current fungal biotechnology expanding scientific research with artistic and design-based research and citizen science. The aim is to develop new ideas and technologies for mushroom and lichen-based materials. 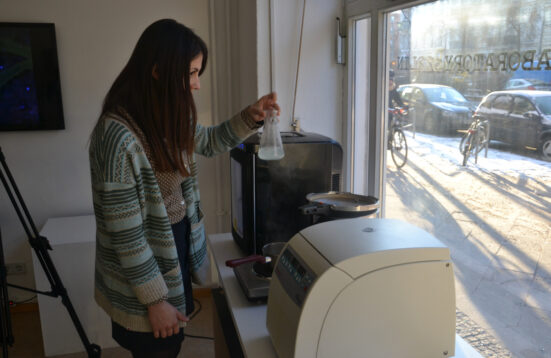